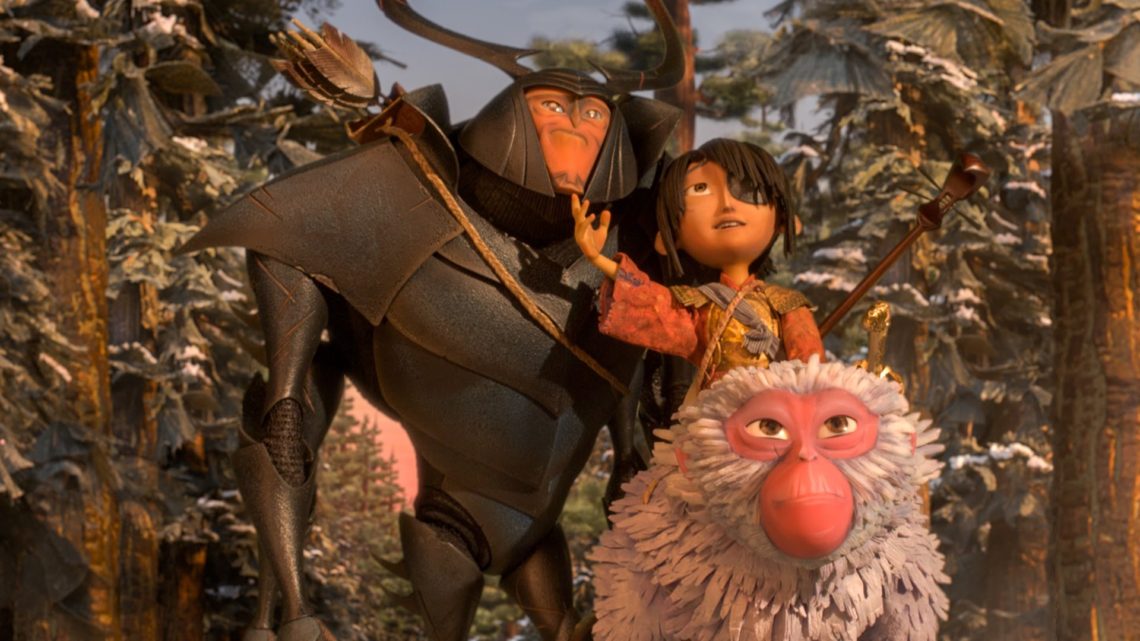 Why Laika Is The Most Important Modern Animation Studio

Josh Spiegel writes about Laika's new film "Kubo and the Two Strings" and the common themes it shares with the studio's other features.

Over the last seven years, Laika Entertainment has confidently proven that it’s the most consistent American animation studio running, despite only having four feature films to its name. Coraline, ParaNorman, The Boxtrolls, and now Kubo and the Two Strings may not be the most commercially successful of films compared to rival animated works: the combined worldwide box-office grosses of the first three titles are nearly $150 million less than the amount of money Finding Dory has made domestically in the last two months. But Laika is less interested in racking up box-office records than telling unique, prickly stories that feature similar themes to their competitors, stories that focus on parenting and treating even the nastiest characters with a semblance of grace and humility.

Distant and ignorant parents are at the core of each Laika film. In The Boxtrolls, Winnie (Elle Fanning) is obsessed with the mysterious Boxtrolls who live underneath the Victorian-era city of Cheesebridge. Her fascination is in no small part because her high-class father (Jared Harris) treats her less like a daughter and more like a distraction to the varying amounts of cheese that he and other white-hatted gentlemen in town love to eat in closed chambers. The title character of ParaNorman has an unwanted gift—the ability to see ghosts—and whenever he tries to convince his well-meaning parents (Leslie Mann and Jeff Garlin), they scold him or rationalize his behavior as a way of mourning his dead grandmother. The entire premise of Coraline is built around the parents (Teri Hatcher and John Hodgman) of our heroine (Dakota Fanning) being presented as functionally loving, but wrapped up in their own work after moving from Michigan to Oregon; that distance inspires Coraline to be temporarily lured in and fooled by her manipulative Other Mother and father. Kubo and the Two Strings echoes some of Coraline’s details, too: the story of a one-eyed boy in a small Asian village who goes on a quest to retrieve magical armor and combat the evil Moon King is rooted in that boy’s relationship to his parents, one long gone and the other almost ready to depart, and how he can let them live on through his indomitable spirit.

One character trait intertwined with the oft-ineffectual parental figures is the neediness of the villains. The Other Mother (also voiced by Hatcher) is literally a monster who convinces vulnerable, neglected children to crawl through a portal in the rickety old house where the film is set, so that it can sink its metallic claws into them. But as another character points out to Coraline about the Other Mother, “She wants something to love, I think. Something that isn’t her.” That desperate need for connection is replicated in an even more warped way in the “villain’s” machinations in ParaNorman: Agatha, a little girl from the late 1600s, became a poltergeist after being outcasted by the Puritanical elders of the town where the story is located, precisely because she shares Norman’s supernatural gift. All Agatha wanted was to be reunited with her loving mother. The moment when the girl finally realizes, with Norman’s help, that she can cross over and leave behind her rightful vengeance is incredibly moving.

The Boxtrolls, for logical reasons, doesn’t give its baddie, the outsized, selfish kidnapper Archibald Snatcher (Ben Kingsley), too much grace in his final moments. However, his single-minded desire to join the white-hatted gentlemen, eat fancy cheese, and be accepted into a higher class is relatable even though his actions aren’t. Snatcher’s final scene—where he finally gets what he wants, sitting in the closed chamber and about to eat a dainty bite of rare cheese that will kill him due to his extreme lactose intolerance—is a surprise considering the action-packed climax preceding it. The film’s protagonist Eggs (Isaac Hempstead-Wright), the boy Snatcher kidnapped as a child to further a citywide anti-Boxtroll sentiment in Cheesebridge, begs the villain to put the cheese down: “It won’t change who you are. Cheese, hats, boxes… They don’t make you. You don’t make you.” The plea falls on deaf ears, but is no less surprising for its plaintive honesty.

But the film that Kubo and the Two Strings most resembles in its representation of villains is Coraline, with The Moon King (Ralph Fiennes) and his demonic twin daughters (Rooney Mara), who always wear ever-smiling masks to hide their true visages. (Spoilers ahead.) The Moon King is revealed to be Kubo’s grandfather, the man who orchestrated the death of Kubo’s father and the removal of one of the child’s eyes. He wants Kubo’s other eye so he can be made like the Moon King: “cold and hard and perfect,” according to Kubo’s companion, Monkey (Charlize Theron, in as tender and fierce a performance as Mad Max: Fury Road). Like the Other Mother, the Moon King wants to literally control our hero’s sense of sight; up where he lives, Kubo wouldn’t need eyes to comprehend the beauty of the night sky, or so we’re told. But even in this more action-heavy film, the Moon King isn’t dispatched in a particularly gruesome fashion—Kubo and the denizens of his village fend off his (literally) monstrous advances through the joint magical power of their love and respect for those who have passed on. In the end, Kubo’s magic transforms the Moon King back to his human self so he can be sent off to the great beyond with dignity and humanity. Much as the whole film represents Laika’s creative peak to date, so too does this scene represent its emotional heights.

With these films, Laika is not unearthing never-before-seen ideas. There have been well-meaning but dumb, ignorant parents in culture for decades. ParaNorman, in particular, feels indebted to 1980s films that are now nostalgic baubles, such as The Goonies, where the adults are either background players with no impact on the story or an untrustworthy lot. The villains of Laika’s films aren’t, on their face, terribly unique either—a monster luring children to doom, a witch, a group of zombies hungry for brains, a power-mad tyrant who grows increasingly deranged until a final break with sanity in the climax. Even the Moon King represents something of a hybrid of those past villains: monstrous, magical, and unhinged. What’s different is that the filmmakers—directors, writers, actors, and animators—behind each of these films put in the work to make its characters fully lived-in. 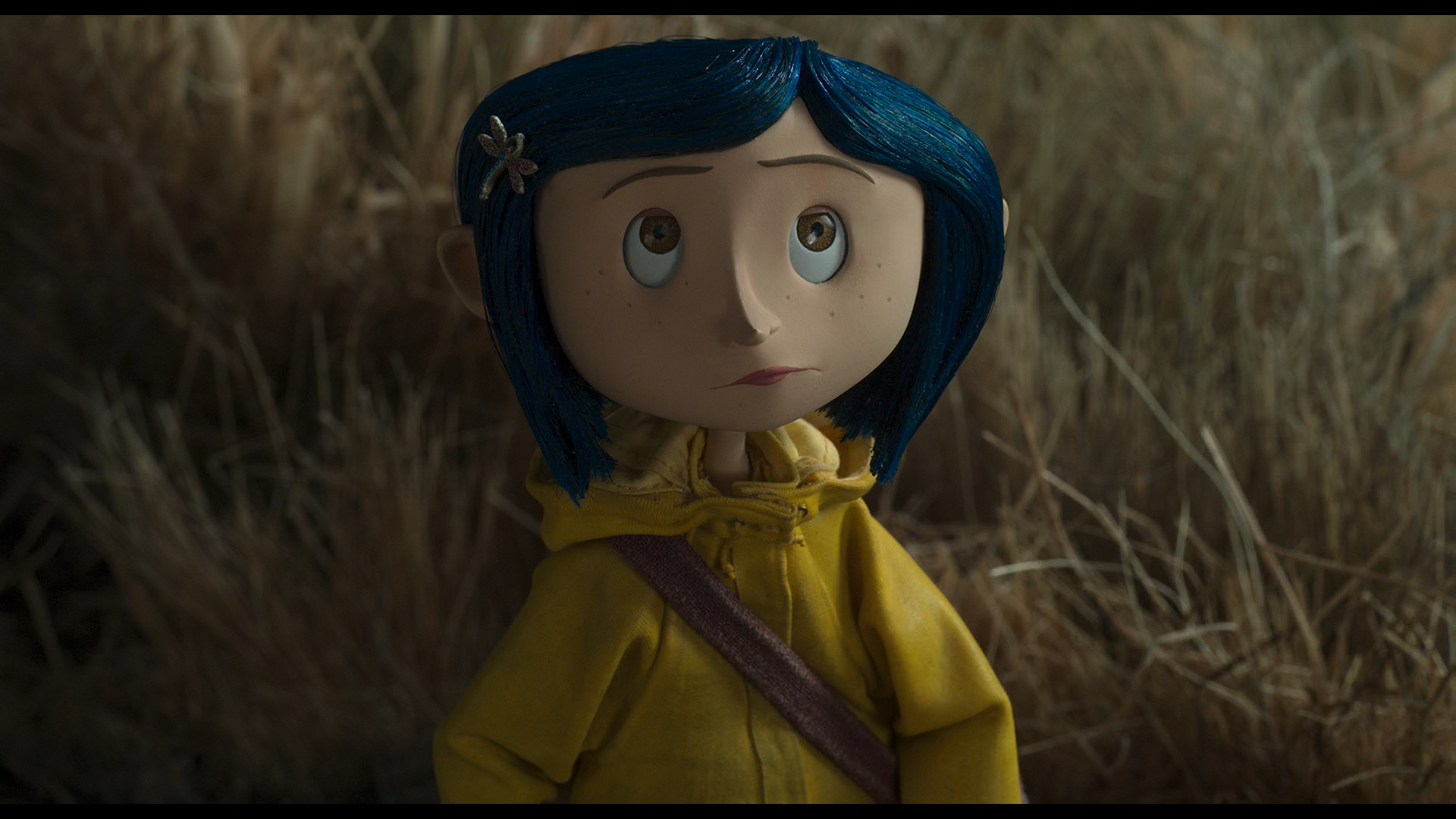 Coraline, for example, is instantly defined as being divisive, alienating even the oddball neighborhood boy Wybie, who pops in at inopportune moments. She, like the Other Mother, wants some human connection in a moment of upheaval and turmoil. She also can’t find it. For a long time in the film, Coraline doesn’t seem bothered by what makes the Other Mother so “Other”: the buttons that take the place of her eyes. (The Other Mother eventually reveals that she wants Coraline to be similarly spectacled.) Hatcher’s performance in both maternal roles is key to making the Other Mother more than just a wretched and creepy figure, something closer to a pitiable one. The movie doesn’t absolve the Other Mother, who survives in a sense after being initially vanquished; the last vestige of the monster attacks Coraline as if it’s Freddy Krueger making one last stab at killing the final girl in a Nightmare on Elm Street film. But the notion that the monster’s motives are always just about being loved, much as Coraline wants to have her parents’ love for her reaffirmed, suggests that writer/director Henry Selick was willing to avoid making the character one-dimensional.

Selick isn’t involved with the other Laika films, but his creative mark is still apparent in them. Both Agatha and the adults who condemn her for presumed witchcraft in ParaNorman are treated with far more respect than you might assume considering that they’re straight out of a horror novel. When each of these specters is introduced, the natural inclination is to treat them as fearful; once Norman talks to Agatha, trying to reach out to her (especially after he realizes that the book he’s supposed to read at the witch’s grave to placate the spirit is a children’s fairy tale), he connects with her as more than just an avatar of fear. The zombies themselves, damned to a purgatorial state until their wrongs can be rectified, are figures of pity; soon after they descend upon the modernized town, they become the attacked, not the attackers. It’s the brainless, present-day denizens of Blithe Hollow who come off as worse than literal brain-eaters. In The Boxtrolls, while Snatcher’s sole shred of humanity is related to his desire to be accepted by the town elders, two of his lackeys Mr. Trout and Mr. Pickles (Nick Frost and Richard Ayoade, respectively) are constantly trying to justify their nefarious actions under the suggestion that they’re “the good guys.” Eventually, the two henchmen realize that nothing they’ve done has been nearly as good as purported. But even before they accept that they’ve been on the wrong side, their dialogue suggests a humanity that crops up right after the latest terrible thing they’re instructed to do.

Kubo and the Two Strings invokes similar themes as Coraline and ParaNorman, but stands apart as Laika’s most impressive, miraculous work yet. Kubo is laser-focused on the importance and gravity of effective storytelling. Kubo entertains the villagers with his story of the famed warrior Hanzo on a quest for magical armor, the same quest he will complete by the end of the story that director Travis Knight (who began as a lead animator on Coraline, and has worked at Laika for nearly two decades) is telling us. The film begins and ends with narration from Kubo, as if he’s performing the story for us specifically; all that’s missing is the classic shot of a book’s pages opening to invoke the sense of a cinematic fairy tale. Within that story, there is a journey with terrifying villains—the Moon King’s transformation from a kindly old man to a freakishly large insect, as well as the twin Sisters, who are as creepy as the Other Mother—and a lead character whose relationship with his parents is fraught and impossible to mend entirely. Characters in Laika films often tell their own stories—Norman reads a fairy tale to soothe an angry witch in ParaNorman, a stage play centers on the story of “the Trubshawe baby” in The Boxtrolls, etc. With its unique sensibilities applied to classic themes and stories, Laika has proven itself to be not just the purveyor of fun, family-focused surprises every couple of years; it might be the most necessary animation studio around.