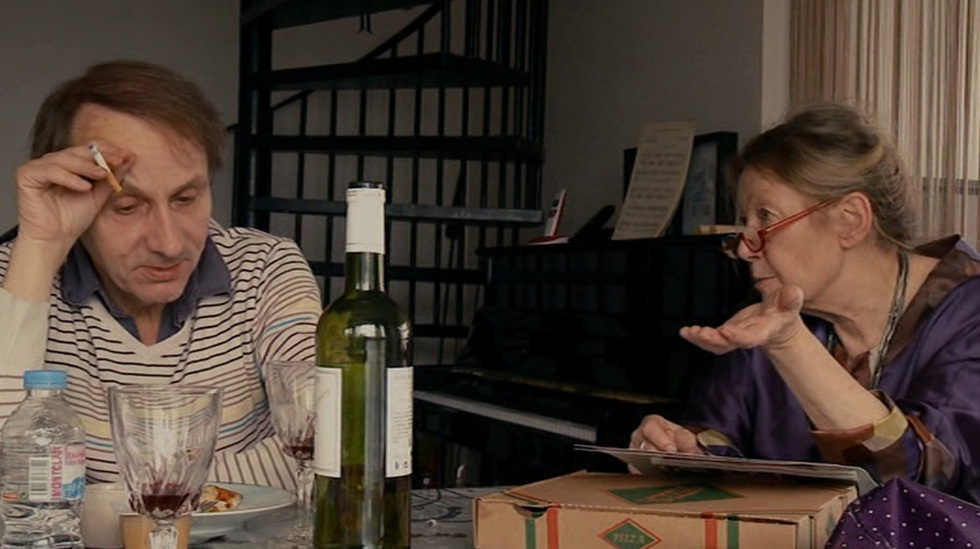 “The Kidnapping of Michel Houellebecq”

A most curious film, The Kidnapping of Michel Houellebecq riffs on a mysterious week back in 2011 when the controversial French writer missed several appearances during a book tour, causing speculation that the widely despised raconteur had been kidnapped by Islamic extremists. Or aliens.

No stranger to provocation, Houellebecq’s latest is the best-selling novel in Europe right now, though it’s not scheduled to appear on these shores until October. As far as I can glean from the reviews, Soumission is a satire set in 2022, when a candidate from the new Muslim Brotherhood Party is democratically elected president of France and the entirety of Parisian intelligentsia quite happily submits to Sharia Law.

Given the subject’s storied history of confrontational audacity and general unpleasantness, I can only assume the whole joke of writer-director Guillaume Nicloux’s film is what a placid, low-key experience it turns out to be. The Kidnapping of Michel Houellebecq has the writer playing himself as a shambling ruin, looking at least two decades older than his 59 years. The movie spends a fair amount of time watching him futz about in the banality of day-to-day drudgery, before he’s abruptly abducted by three large lower-class white Frenchmen. (No Muslim conspiracies here. Phew.) Houllebecq doesn’t resist, and his kidnappers are exceedingly polite.

What follows is something like an episode of “Curb Your Enthusiasm” played at half-speed with the volume turned down. Waiting around for a ransom that nobody seems in much of a hurry to deliver, Houllebecq whiles away the days with his captors, watching mixed martial arts competitions on television as everybody worries about him drinking so much. The closest thing to a conflict is that the kidnappers hang on to his cigarette lighter – just in case he tries to torch the joint. On his birthday, they hire a prostitute for him.

Shot in a deliberately pancake-flat fashion without any musical score, Nicloux’s movie is as deadpan as deadpan gets. (Jim Jarmusch might even suggest that he ramp up the energy a bit.) But there’s also something weirdly compelling about the movie’s willingness to just sit and study human behavior for 90 minutes or so. Houllebecq grows to like his captors very much and the feeling appears to be mutual, suggesting maybe that in such extreme circumstances absent corrupting influences like politics and religion, people naturally just get along with one another.