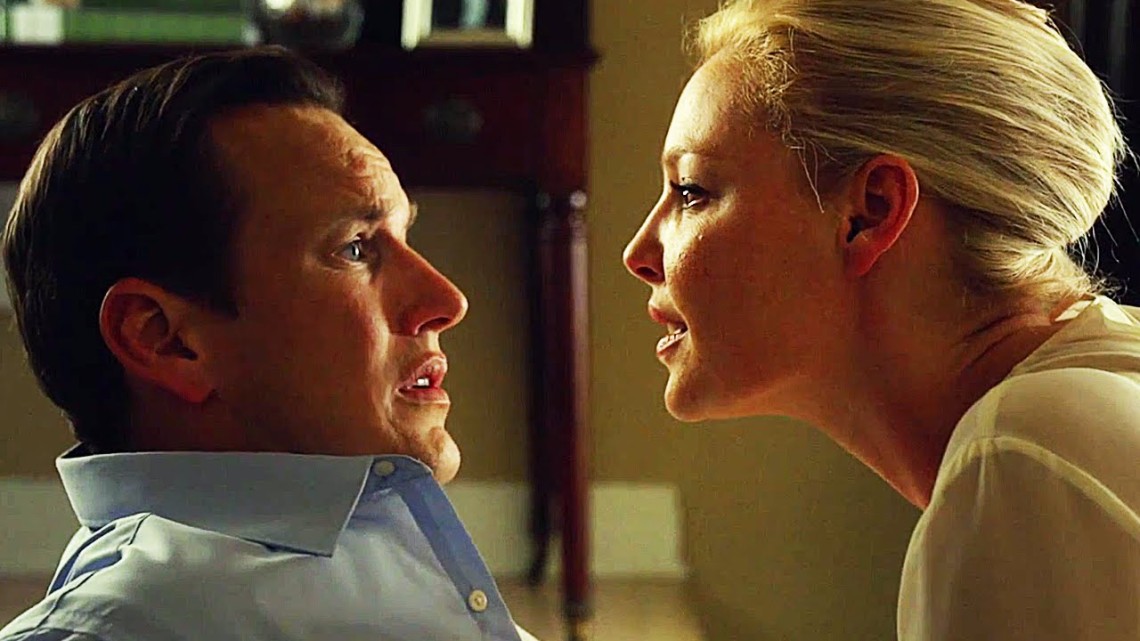 Once upon a time, Katherine Heigl had movie stardom within her reach. Now, she’s the lead on NBC’s State of Affairs following a string of commercial duds in the early 2010s. There’s a whole article to be penned about Heigl’s rise and fall in Hollywood since online backlash first put her in the pillory in 2007 – that’s what you get for having an opinion on your own movie roles – but let’s instead take the long view and stare in awe over how the sum of her successes and failures have led her to Anthony Burns’ black comedy Home Sweet Hell. The punishment scarcely seems to fit her alleged crimes of celebrity.

The film takes place in the suburbs, and uses a well-worn blueprint of male domestic thralldom as its foundation. Poor Don Champagne (Patrick Wilson); he’s a hotshot furniture salesman and father of two, but his wife, Mona (Heigl), is an intractable control freak with a bossy streak a mile wide. When Meat Loaf crooned “two out of three ain’t bad,” he couldn’t have guessed the depths of Don’s dissatisfaction. This guy can’t even get laid without sticking to Mona’s calendar; so naturally, as sexually deprived husbands in movies like this do, he strikes up a torrid affair with Dusty (Jordana Brewster), the new employee at his store. Don pops his cork. Problem solved!

Except that plowing Dusty trades one problem for two others. In the twist of the century, we learn that Dusty is in cahoots with a pair of criminal associates (A.J. Buckley and Kevin McKidd) to scam Don out of his money. But Don’s smart! Don comes clean about his extramarital adventures to Mona, who decides that the best way out of the hole he’s dug for them is to murder Dusty. This makes about as much sense as anything else that happens here, but hey, it means Heigl gets to kill people with samurai swords. That’s a mark in the win column.

The issues dogging Home Sweet Hell, despite its abstract promise, are legion. The script can’t decide what it’s satirizing or how to satirize it; the characters are thinly drawn; the supporting cast includes Jim Belushi; what few gags there are largely don’t play; and the perspective is all off. Wilson’s a terrific actor, but Don’s an awful protagonist, partly because he’s a douchey Ken doll who only looks like a good guy because his wife is written as an unapologetic, psychopathic Stepford wife. (Screenwriters Carlo Allen, Ted Elrick, and Tom Lavagnino top off Mona’s worst tendencies with a dollop of xenophobia for good measure.) To an extent, this adds to the grisly delights of watching Heigl go full Patrick Bateman in the film’s second half, but Don is ultimately the cause of his woes. We’re given very little reason to feel sorry for him outside the context of Mona.

So give Burns kudos for knowing how to cast a movie, because Heigl’s presence lends Mona so much unearned goodwill that it’s impossible to imagine Home Sweet Hell without her in it. Heigl has innate likeability that she’s used to great effect throughout most of her acting career; she puts it to best use here, and amazingly manages to make Mona empathetic despite the fact that she’s an unrepentant monster on the page. There’s a better movie to be fashioned out of Home Sweet Hell’s disparate parts; in that movie, we’re given more reason to sympathize with Mona than smart casting, though Heigl is legitimately wonderful here. If nothing else, she clearly relishes the chance to gut bad guys and swing a circular saw.

Home Sweet Hell doesn’t deserve a hearty recommendation, but watching Heigl almost makes the movie worth watching on her own. That her performance is weighed down by the ugliness of the film – not its content, but the thought put into its architecture – is a real shame. There are countless movies out there that ask us to feel pity for the woebegotten, downtrodden upper-class white guy. Home Sweet Hell didn’t need to be another one of them.