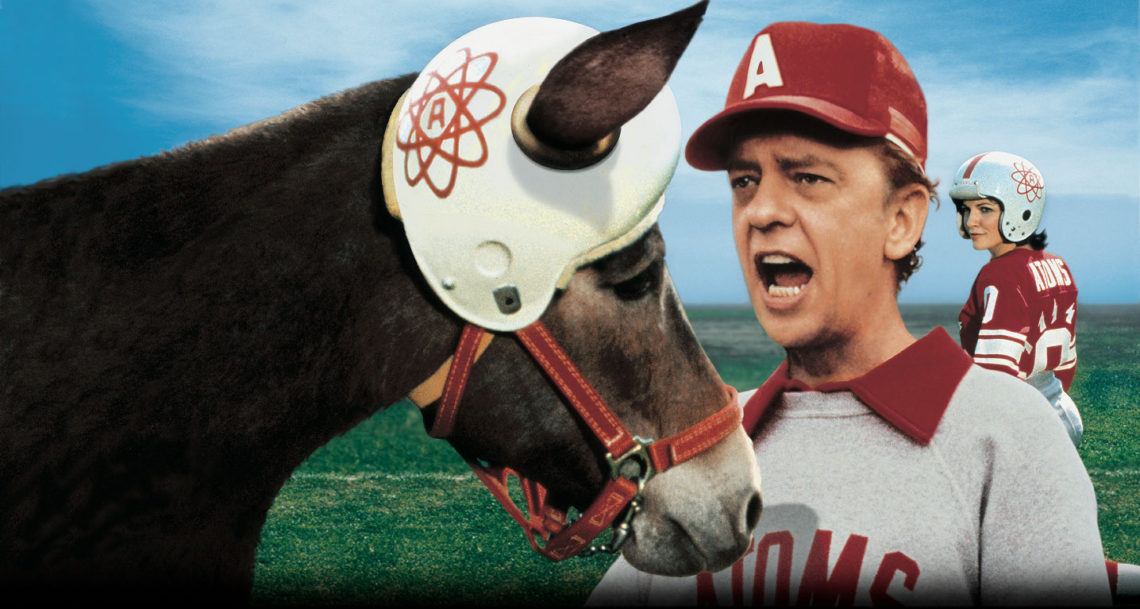 On this episode of Mousterpiece Cinema, Josh and Gabe are joined by Mark Pfeiffer to talk about the 1976 comedy "Gus."

Hey, friends! We hope you’re in a sporting mood, because we have a perfect summer movie to talk about on this episode of Mousterpiece Cinema. It’s the 1976 comedy Gus, all about a Yugoslavian mule who plays on an NFL team! OK, fine, so maybe it’s not the right time of year to talk about an NFL movie, but then, Gus is as much an accurate portrayal of NFL as it is of how to manage a supermarket in the 1970s. (If you’ve seen this movie, you will probably get that reference.) Gabe and Josh are joined by return guest Mark Pfeiffer of Reel Times to talk about Gus, Don Knotts, unending slapstick scenes, and, of course, our #openthedisneyvault hashtag this week, so check it out now!