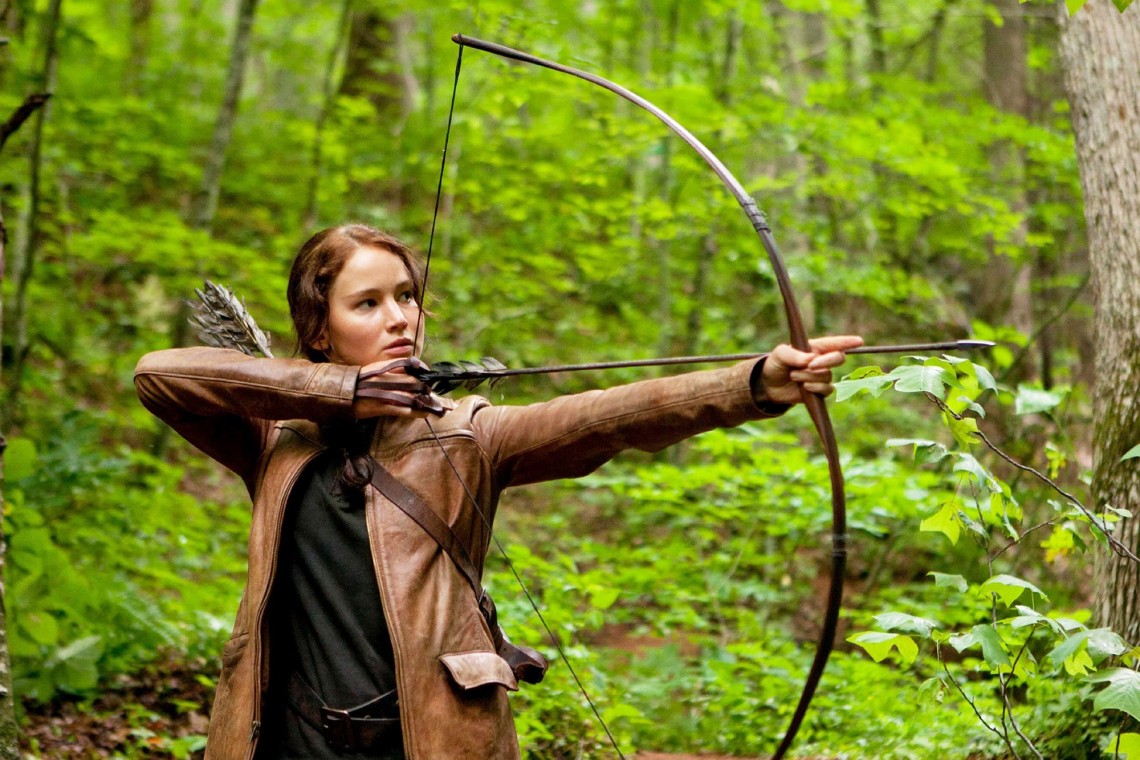 In case you missed it, Variety has chosen its 10 Directors to Watch for 2013. What’s interesting about this year’s list is that five of the most promising young artists are women. The reaction to the list has been enthusiastic, to say the least; Indiewire dubbed it, “a glimpse of the future we’re fighting for.” I agree. It’s promising and important and, above all, hopeful! It’s also a reminder of how far we still are from an ideal reality: one in which equality in the film business would be so widespread that the gender of people on a list would not be an issue at all.

The Hunger Games: Catching Fire is currently enjoying huge box-office success. The first film was the only female-heroine-that-is-not-a-prop-or-a-bikini-hanger-led movie that’s considered one of the Top 200 Action Films, and second is following in its footsteps. Katniss Everdeen seems like a good role model for young girls around the world: a powerful, independent person with a deep sense of integrity, who doesn’t sacrifice her girlishness to become a leader in a male-dominated world. The Hunger Games is also produced by a woman, Nina Jacobson, making it an inspirational exception in the testosterone-driven world of mainstream action cinema.

A couple of months ago, Movie Mezzanine founder Sam Fragoso shed some light on how marginalized women are in blockbuster films. Weeks later, an infographic designed by the New York Film Academy that proved this point went viral. Based on the presumption that “seeing is believing,” NYFA decided to examine the state of women in film, both onscreen and behind-the-scenes.

The results revealed a severe gender bias affecting all areas of Hollywood. Among the top 250 films of 2012, only 25 percent were produced by women (and even fewer were written or directed by women), and only 2 percent of cinematographers are female. Only four women have ever nominated for Best Director at the Academy Awards, and only one has won. Is it just coincidence that the single film awarded this honor was Kathryn Bigelow’s The Hurt Locker, a story of men and war?

The problem plagues the world of independent film as well. While women made up roughly half of the directors at this year’s Sundance Film Festival, they had far more difficulty finding distributors for their work. However, there is one sign of encouragement for the female artists who focus on smaller-scale productions: according to the infographic, in 2012, “women directors outnumbered the men among the Independent Spirit Awards’ Best First Feature and Best Documentary nominees.” Women writers were also well represented in the screenplay categories. Yet even in this seemingly friendly and liberal environment, no woman was nominated for Best Feature or Best Director.

Variety’s list does show that the situation in the smaller-budget field is improving. In 2012, there were only two females on the list: Haifaa Al-Mansour (Wadjda) and Rebecca Thomas (Electrick Children). In 2011, there were none!

So, congratulations to Amma Asante (Belle), Clio Barnard (The Selfish Giant), Maya Forbes (Infinitely Polar Bear), Gita Pullapilly (Beneath the Harvest Sky) and Gren Wells (The Road Within). You earned this honor with your creativity, talent and persistence. Hopefully you’ll follow in the footsteps of  the most successful women in the business, like Kathleen Kennedy, Ava Duvernay, Jill Solloway or Diablo Cody. Make the films you want to make without compromising your identity. Further masculization of female filmmakers’ gaze is actually the last thing we need.

Yet despite optimistic signs like the success of The Hunger Games, or five female artists making Variety’s list, the situation is still very far from perfect. Hopefully, these are the first steps to a brighter and more equal destination.