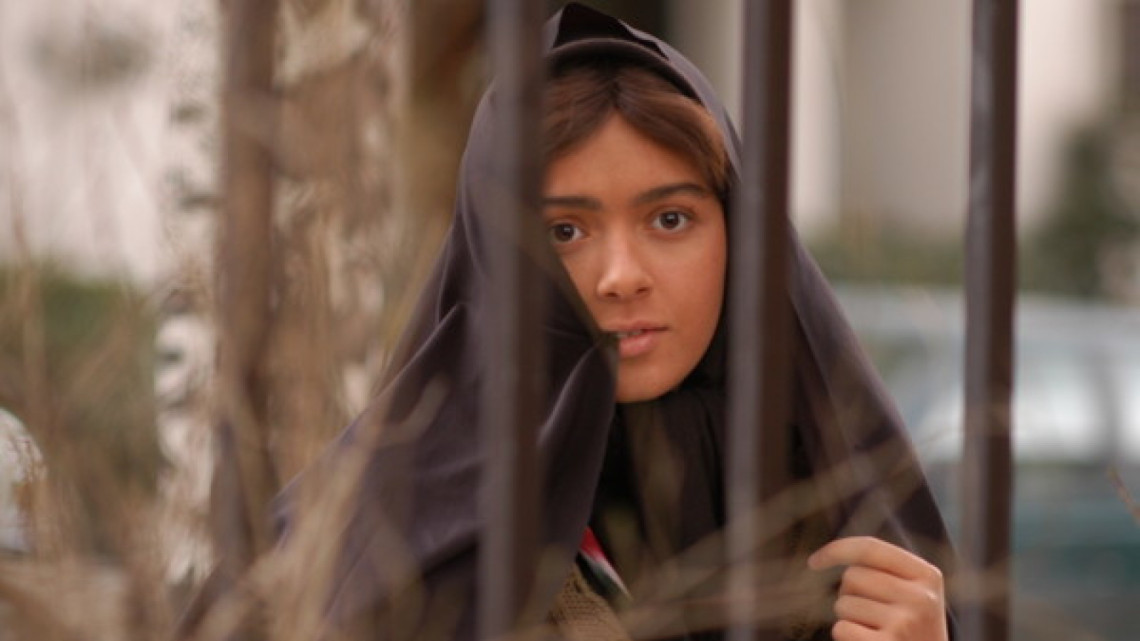 Editor’s note: Today we’re proud to present readers with an exclusive passage from Tina Hassannia’s Asghar Farhadi: Life and Cinema. Be sure to pick up the book from The Critical Press.

It would be nice to be able to take a motorbike ride in the mountains feeling so close to the person sitting next to you, yet neither the traditionalist past nor the modern future leave much room for remaining sincere and genuine in relationships even with those within arm’s reach. So, the journey must continue. – Anton Oleinik

Beginning with his third film, Asghar Farhadi focused his stories increasingly on the experience of middle-class Iranians—a move that, in retrospect, was smartly planned and fortuitous given the director’s later successes.

“With Fireworks Wednesday, I started becoming increasingly influenced by what actually went on in my own life,” he clarified in an interview.

“Another reason when I thought about the shift later . . . is that in the modern world the destiny of a society is determined by its middle class. I wanted to discuss this tier of the society more. The great thing about middle-class stories is that you can at once discuss other rungs of the society.”

Indeed, Farhadi’s later films feature at least one poor character who marks the contrast between the different classes. Within Farhadi’s oeuvre, Fireworks Wednesday is the work that most equally balances its concerns between the upper and lower classes. The protagonist, Rouhi, is a young servant-for-hire, and the story is mostly based around her point-of-view as a fresh-faced neophyte in the world of marriage and adulthood. But what she gains in perspective throughout the film is not quite a glimpse into the allegedly more sophisticated upper-class existence, but a reality that is disappointingly based on duplicity, operating with a moral relativism she cannot fully navigate within the systems of knowledge provided to her through school and religion.

Fireworks Wednesday also features a second writing credit: Mani Haghighi, an Iranian actor/director who performed in Farhadi’s About Elly. The two developed the story together in a rather idiosyncratic manner. In fact, it was strange that Farhadi collaborated on a writing project at all after his experience making Dancing in the Dust (for which he co-wrote the screenplay). Because he’d felt that the story for Dancing in the Dust had not come directly from within him, at that point in time Farhadi had decided to work individually on his own ideas. 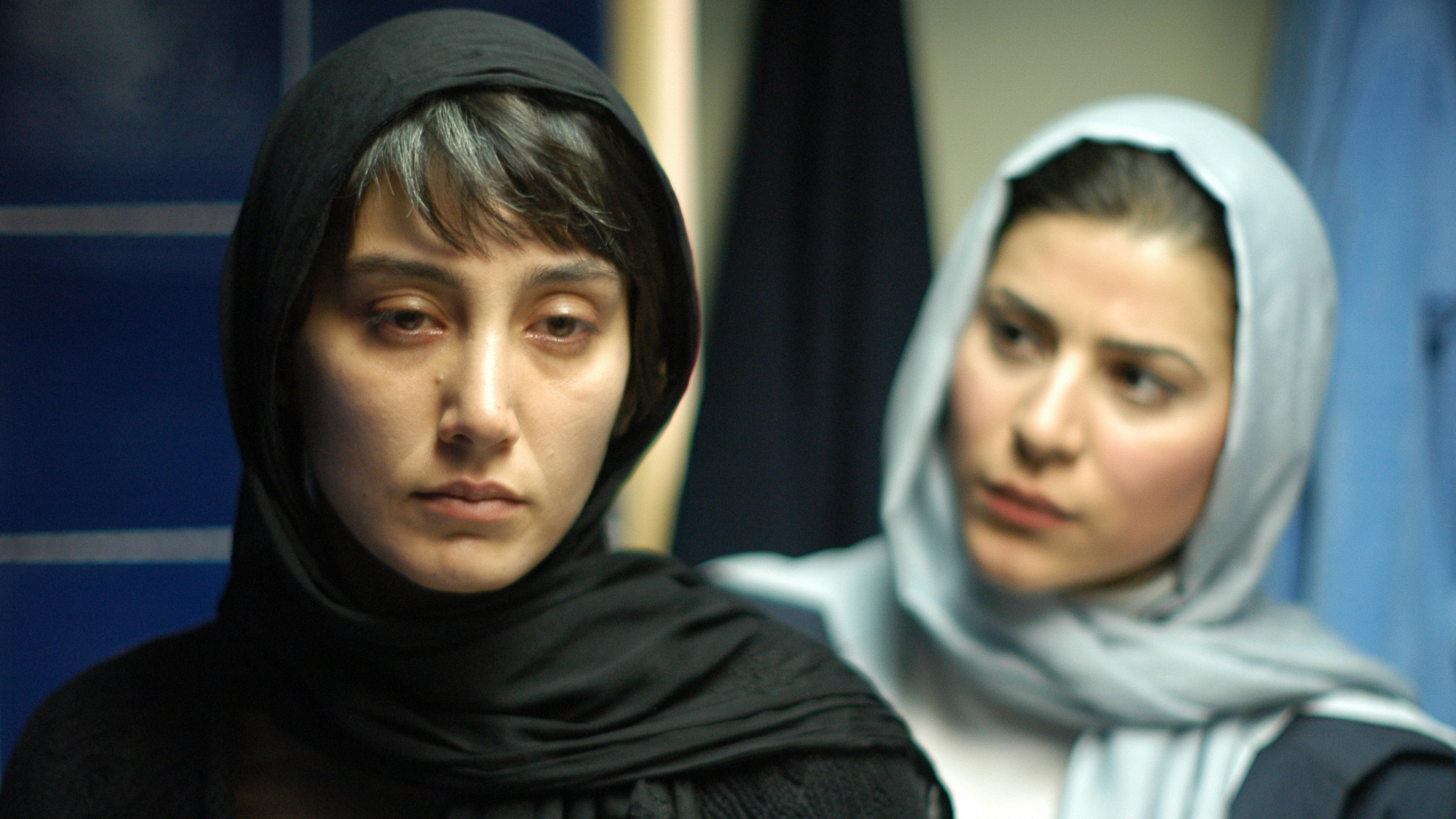 Everything changed when, one night while spending time with Haghighi, their conversation gravitated towards Farhadi’s latest script, a work-in-progress. “The next morning when we woke up, we called each other and started talking again and after a few months, it automatically felt like we were working together,” he explained.

This collaboration was purely incidental but ultimately fruitful—not in spite of, but due to their constant arguments. “We rarely agreed on anything. If I had an idea, I had to reason with him and convince him why it was good and vice versa. We were continuously arguing with each other and fighting. It was a constructive experience.”

The family melodrama of Fireworks Wednesday allowed the filmmaker to make several comments on the state of marriage in Iranian society and its impact on women, whether they were married, soon-to-be-wed, or divorced. The film is particularly realistic in the way in which it portrays the role of deception in relationships, and how lying becomes normalized between partners, frequently resulting in a complete breakdown in communication. The reason why Morteza and Mojdeh cannot settle their problems is a complete lack of trust in one another, resulting in desperate measures taken to spy on, abuse and shame each other.

Though the relationship is toxic—which is unsurprisingly wreaking havoc on their son’s well-being—it’s also an extreme example that is purposely set as a contrast to the new relationship between servant-for-hire Rouhi and her fiancé. Rouhi couldn’t be more excited about her imminent nuptials, and her dynamic with her fiancé is loving and blissful. Indeed, the couple are still in the honeymoon phase of their relationship. But Rouhi changes, ever so slightly, after being assigned to clean Morteza and Mojdeh’s house and becoming complicit in their marital equivalent of a cold war. The film never emphasizes her epiphany about marriage. As one of many subtle touches in the film, it appears as a slight glimmer in her eyes when she reunites with her fiancé. The story instead devotes most of its running time to a detailed account of her tumultuous, never-ending day.

As if to demonstrate the degree to which the young couple’s relationship is free of trouble, the film establishes early on how tensions are easily mitigated. The excessive fabric from Rouhi’s chador becomes entangled in the motorbike, forcing them to make a quick emergency stop. But it doesn’t take long before the couple regains their good spirits. “I told you to be careful with your chador,” he initially reprimands her, but we never know if it’s because Rouhi is being careless or if the exorbitant length of the chador is simply not designed for motorcycle wear. “I don’t understand why you even need to wear it out here. Who’s going to see you?”

This line, though offhanded, may seem like an obvious bit of social critique (and only a minute into the film!), but the screenplay quickly moves on, as if the comment were completely innocuous and casual. Indeed, the script downplays the significance through humor: Rouhi peskily replies, “You!” at the exact moment the fiancé is comically thrown back onto the ground as he successfully entangles the chador. The two delve into laughter and a snowball fight, and order is restored. 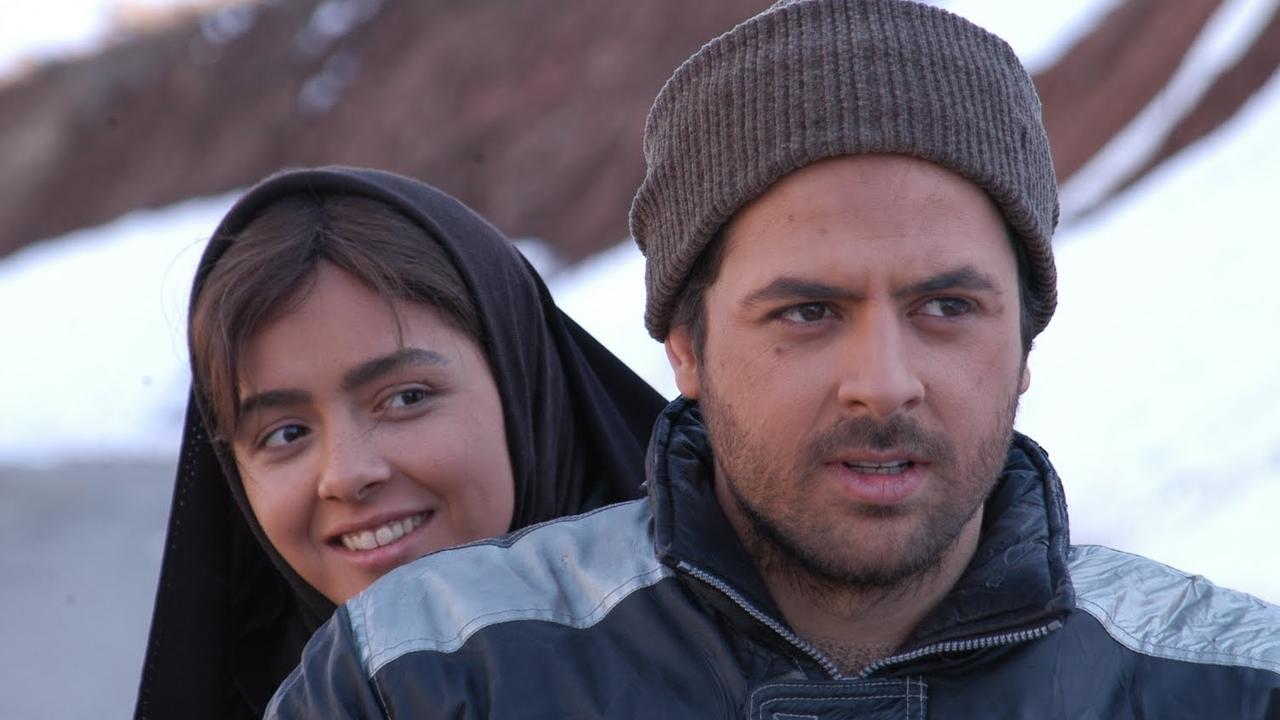 The film also features another typical Farhadian touch: a cinematic and memorable shot serving the opening credits. In her coverage for Tribeca, Sheila O’Malley listed Fireworks Wednesday as her favorite film of the festival, describing the significance of this sequence:

“. . . [T]he charm of Fireworks Wednesday is not in an innovative story. It is in scenes like the one where Roohi sits on a bus, going to her temp agency to get an assignment, and puts her hand out the window. The music is in a melancholy minor key, a direct contrast to the giggly light-hearted mood of the pre-credits sequence on the motorcycle. We can see her billowing black sleeve and a pale hand swimming its way through the air. There is love here, and expectation, and a sense of looking-forward-to-things, but deep crevasses also exist, there is always an undercurrent of potential loss.”

O’Malley points out two remarkable elements in Fireworks Wednesday. Firstly, the film’s textured storytelling, aided by subtle foreshadowing. The film progresses in meticulously laid-out layers to make its thesis about the complexity of marriage, and its opening scenes are paramount to achieving this effect. But while the film builds in layers and complexity, it also underscores its conspicuously marked storyline—one that is structured deliberately as a full-circle loop. The film begins with Rouhi being dropped off by her fiancé before she encounters an incredibly overwhelming and tumultuous day that will forever change her expectations about married life. The film ends with the couple being reunited so he can drive her home. The film begins with Rouhi’s innocence and ends with her maturation. She may not be married yet, but after witnessing and becoming involved in the intricate dynamics between Mojdeh and Morteza, Rouhi becomes a changed woman. She is now a woman. All the little touches in this opening scenes spell her bright and happy future, but they are tinged with some deeper sentiment—a kind of futilistic, cynical outlook on the fate that awaits not only Rouhi, but anyone who will experience marriage.