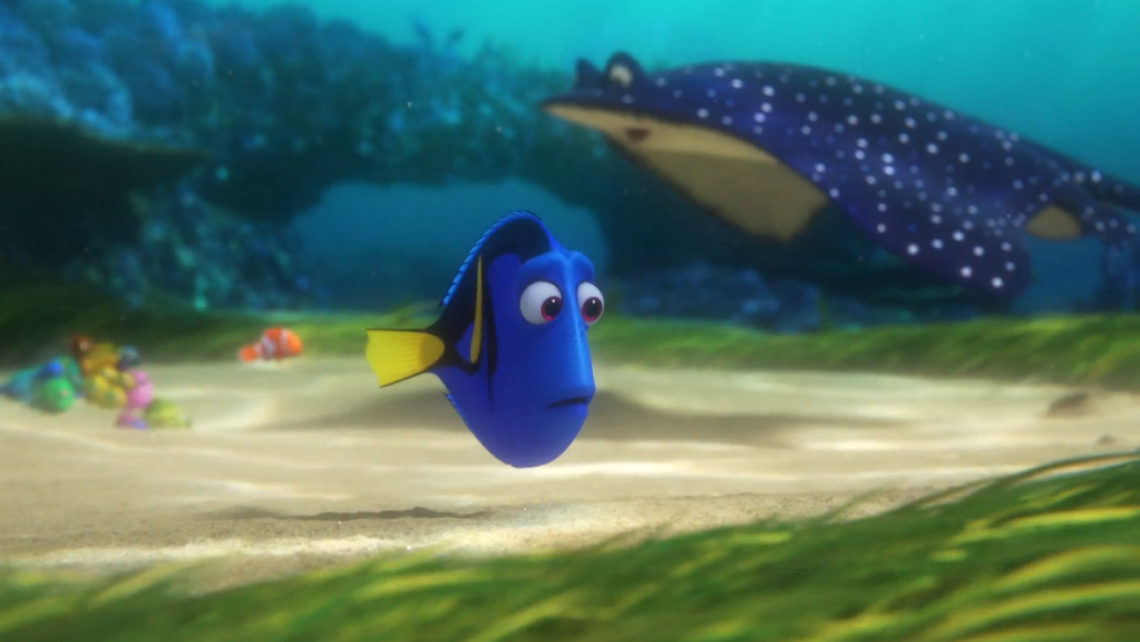 “Finding Dory” and the Problem of Pixar Sequels

For Pixar Animation Studios, the future is full of the past. During the first 15 years of the company’s history of feature films, Pixar made a grand total of one sequel: the 1999 follow-up Toy Story 2. In the 2010s alone, though, Pixar has made, or is in the process of making, seven sequels or prequels, next to four original films, including last year’s Inside Out and The Good Dinosaur. In fact, we only have one new original film to look forward to from Pixar: next year’s Coco. As of this Friday, though, Pixar will have released just five sequels or prequels: Toy Story 2, Toy Story 3, Cars 2, Monsters University, and now Finding Dory. It’s safe to suggest that the first two of those films are as beloved as any of Pixar’s originals; due in part to the Oscars’ ever-changing rules, Toy Story 3 is one of only three animated films to ever be nominated for Best Picture. Monsters University is not as well-loved, but it’s at worst a decent film (actually, it’s much better than that—a lovely, meta-narrative meditation on the feeling of having high ambitions that are impossible to achieve—but that’s a different conversation). Cars 2 is, as of this writing, the only genuinely bad film Pixar has ever made.

That leads us to Finding Dory, which operates in a similar qualitative stratosphere to Monsters University. Both are well-made adventures with plenty of action, wit, and emotion, and both have meta-narratives bubbling in the undercurrent. Dory focuses on a main character who searches for their family, a source of comfort, in the hopes that they will finally find “home,” either literally or metaphorically. The film, notably, is directed by Pixar stalwart Andrew Stanton, whose 2012 live-action film John Carter is a cult classic to some and a punchline to others. It would not be terribly difficult to see his return to Pixar as something akin to coming home. Still, Finding Dory is a good movie, meaning that Pixar has a batting average of four for five when it comes to sequels. So why do we give them so much grief? 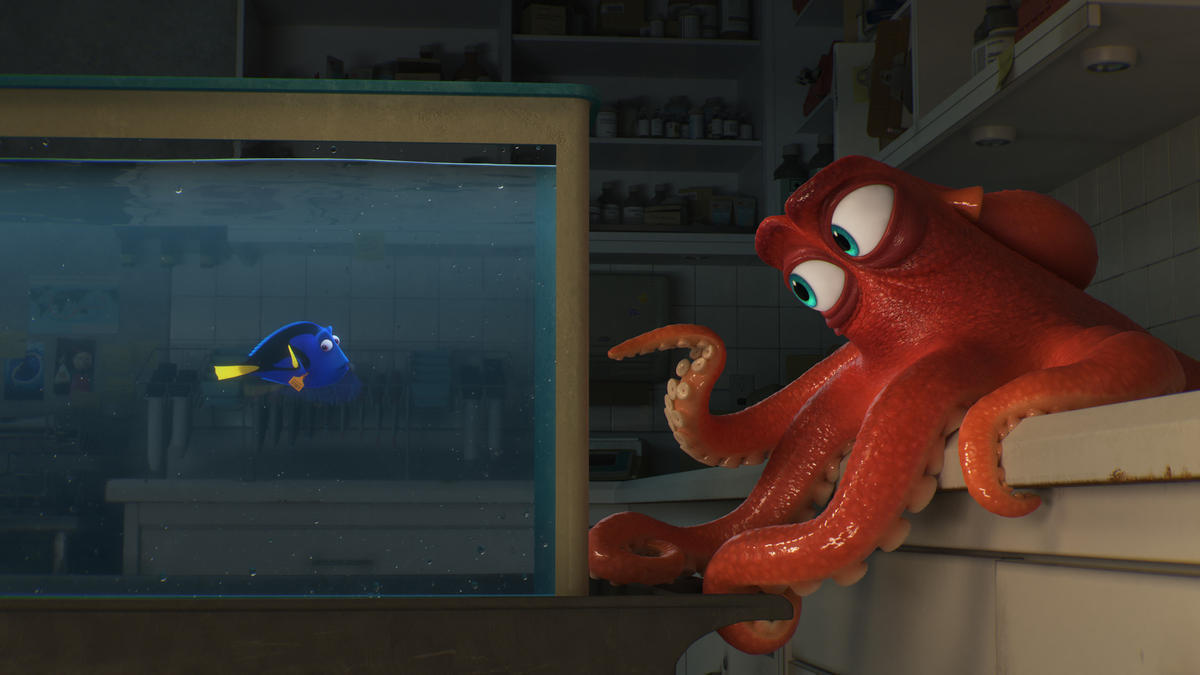 This is not a new complaint against Pixar, a studio that has proven more often than not that it is capable of incredible storytelling. The reaction that Matt Singer (currently of ScreenCrush, but at the time writing for Indiewire) documented in April 2013 from tweets inspired by the official announcement of Finding Dory was uniformly disheartened. (This writer would be lying if he said that he wasn’t similarly let down at the time.) Singer himself asks the obvious question: Why can’t Pixar make sequels? At MTV three years ago, Calum Marsh pointed to a possible issue: “Pixar had earned a feeling of trust from their audience to begin with.” The trust was simple: Pixar was defined in the early years not only by not making animated films like those from Walt Disney Animation Studios at the time, but by making animated films that felt wholly original and different, not just because they were made via computer animation. Perhaps the more important question is: If we complain that Pixar makes more sequels than it should, why doesn’t that argument extend to literally every other avenue of mainstream cinema?

The current movie marketplace is dominated by comic-book films and movies that studios hope to turn into franchises that will emulate the Marvel Cinematic Universe. This is not to suggest that all sequels are bad, or that their existence is inherently bad. But the amount of non-sequels even this summer are few and far between: Already, we’ve gotten Captain America: Civil War, Neighbors 2, X-Men: Apocalypse, Alice Through the Looking Glass, Teenage Mutant Ninja Turtles: Out of the Shadows, The Conjuring 2, and Now You See Me 2. Later this summer, we’ll get Suicide Squad (which is not technically a sequel, but is a new entry in DC’s universe), Star Trek Beyond, a third Ghostbusters, a third Purge, a fifth Ice Age, a second Mechanic (you know, the Jason Statham film, because who doesn’t remember the beloved first Mechanic movie?), and so on.

The discussion surrounding all of these sequels is impossible to avoid; this year, the conversation has turned to the possibility that Hollywood’s decision to double down on all sorts of sequels is backfiring with the number of flops this year, like Alice Through the Looking Glass, X-Men: Apocalypse, and The Huntsman: Winter’s War. Some films—such as new films in the MCU and DCCU—are treated as sacrosanct texts before they arrive, such that any dissent is shouted down online. Others are treated as horrific pieces of desecration, also before they arrive; just look at the Ghostbusters whining from men’s-rights activist fans. But we have come to expect sequels more than original films. Films like last month’s The Nice Guys, which may be inspired or recognizably similar to other entries in a genre but is technically original, are the exception, not the rule.

Pixar is treated differently. For better or worse, they are placed on a pedestal, or have been for a long time, with the assumption being simple: They’re not like other studios. They’re not even treated like Disney as a whole, which this year has released only one original film, the box-office smash Zootopia. (Like The Nice Guys, Zootopia is technically original while feeling deliberately familiar to other animated and buddy-comedy films.) Pixar films are treated like events, much in the way that the early entries in the Disney Renaissance, like Beauty and the Beast and The Lion King, were treated. Until last year, they had not released more than one film in a calendar year, unlike their competitor DreamWorks Animation; for better or worse, that experiment wasn’t a huge success. The most important period for Pixar, the era that solidified the notion that the studio should either never make sequels or should be roundly lambasted for doing so, has already passed. The 2000s were an era of unbridled originality for Pixar, and further defined them as a singular sensation in an industry driven by repetitive familiarity.

In the 2000s, Pixar introduced us to an undersea world of color and discovery; to an alternate universe where monsters scare humans for their jobs instead of fun; to a dystopian future presided over by a cuddly robot; to a world where a rat dreams of being a successful Parisian chef; and so on. Pixar released seven films, seven original films, between 2001-2009, only one of which isn’t widely considered one of the pinnacles of the studio’s career. (Cars, now that it’s 10 years old, hasn’t exactly become an undersung classic, but its animation and laid-back pacing are memorable nonetheless.) The front half of the decade was perhaps more tense for Pixar: Their initial deal with the Walt Disney Company was set to expire in 2006 in part because of then-CEO Michael Eisner’s stubbornness. (He once crowed to Disney shareholders that Pixar had finally made a surefire flop, a film that would remind the studio it wasn’t superhuman. That film was Finding Nemo. Oops.) Once Disney and Pixar merged, in the months before Cars opened, the studio was given presumably unlimited freedom, or as close to that as possible. John Lasseter began his continued tenure as a top executive at both Pixar and Walt Disney Animation Studios, as well as a chief creative advisor for Walt Disney Imagineering, for one.

That, in effect, may be what causes such disquiet among critics and fans when more sequels are announced. Pixar has indeed proven itself at being adept at returning to pre-existing worlds and characters without diluting them of any high quality. Toy Story 2 and Toy Story 3 are masterful entries in the saga of a series of childhood toys, high-flying adventures that manage to equal the 1995 original, if not outright surpass it. Monsters University is a smarter-than-expected and exciting adventure that manages to sidestep most prequel-related issues of story tension by making the one-eyed Mike Wazowski into a figure of genuine pathos. Leaving aside the meta-narrative, Finding Dory is a fine entry, though not as good as the 2003 original; Ellen DeGeneres’ Dory could easily be a most obnoxious lead, but Stanton and co-writer Victoria Strouse along with DeGeneres herself, find ways to add depth to a character who suffers from a form of memory loss that renders her as something akin to a person suffering from early onset senile dementia. There are harrowing moments in Dory, and inventive new characters, just as there are many aspects that make the film feel like a greatest-hits album.

It’s been a decade since Disney and Pixar merged. It’s harder to imagine that someone is breathing down Pixar’s metaphorical neck to make sequels, from a business standpoint. Before last fall’s The Good Dinosaur, it was safe to suggest that a Pixar movie would automatically do well at the box office; none had ever flopped before. (The current predictions suggest that Finding Dory may wind up with the biggest opening weekend for any Pixar film, making The Good Dinosaur the exception.) No doubt, sequels—especially those that are long in the works—can be huge hits for Pixar. But before Toy Story 3, the highest-grossing Pixar film was Finding Nemo. Last summer, the wholly original Inside Out passed that number domestically and grossed over $850 million worldwide. So the decision to go back to familiar worlds, with a third Cars and a fourth Toy Story and a second Incredibles, seems less borne of fiscal demands and more of potential creative apathy.

Here is the root of concerns expressed by fans: Has the well run dry? Is it that Pixar is busy working on original ideas that aren’t yet ready to see the light of day? The answer is impossible to know from this side of the situation. But the facts are simple enough: The 2000s brought us seven original films from Pixar. The 2010s—barring any unforeseen circumstances or delays—will bring us seven sequels from Pixar. Three of the four that have already been released are decent, if not excellent. Conversely, only Inside Out, of Pixar’s three original releases thus far this decade, has been truly remarkable. Maybe the issue is this: Pixar’s getting better at making sequels than it is at making original films because it’s making too many of the former and not enough of the latter.

One thought on ““Finding Dory” and the Problem of Pixar Sequels”