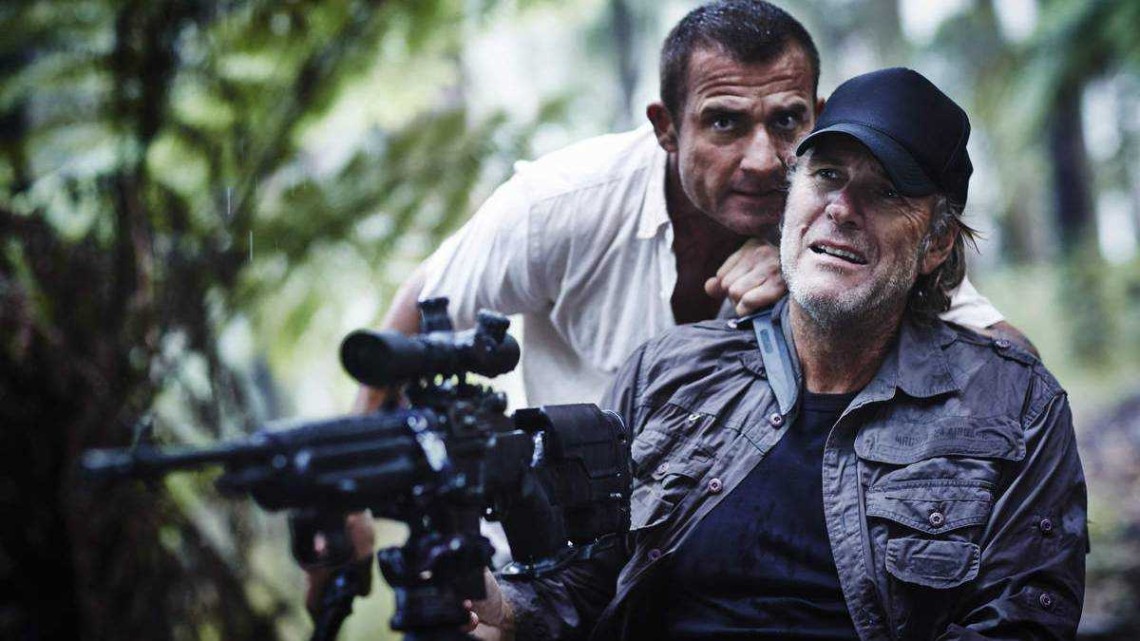 When Australian cult curio Turkey Shoot was released in 1982, the scope of the B movie wasn’t that far removed from marquee, studio pictures. And yet now here is that film remade in Jon Hewitt’s Elimination Game, landing somewhere between a low-budget Hunger Games clone and a misguided episode of “Black Mirror.” It’s the kind of film that is initially tempting to dismiss, the kind of overly familiar action schlock you’d expect to find lurking towards the bottom of a Netflix search gone on way too long. But while an arms race for spectacle has engorged Hollywood action pictures to often grotesque proportions, “little” movies like this one become almost their own kind of unintentional criticism. For all its narrative and thematic simplicity, Elimination Game is a reminder that while their big-budget cousins have gone all-in on spectacle, the B movie is still a creature of ingenuity by necessity.

If someone dropkicked you through the “Action” section of a Blockbuster Video in 1992, you could reconstruct the plot of Elimination Game from taglines you read on VHS boxes: condemned man, crime he didn’t commit, near future, televised death match. Dominic Purcell is the central player in the competition. He projects a square-headed machismo, keeps his mouth shut, and kills people. The movie maybe knows he can’t really emote, so it keeps the backstory to a minimum. Purcell, then, is convincing to the extent that any actor can be slaughtering rival contestants with names like Golgotha and Armageddon. There is something kind of icky about the politics of a movie set in a “not-too-distant future” where satirical news segments mention “World War Africa.” An early scene involves an assassination of a man referred to by name as “Libyan Dictator.” But Hewitt’s movie is at least trying to engage with geopolitics in a feasibly realistic way, stupid as it may be, distorting televised talking heads and bloodthirsty audiences into a tragicomic picture of a world gone made enough to cheer on literal bloodsport. Compared to a Marvel Studios installment, this is all but social realism.

Less “action movies” then “action assets”, big-budget sequels increasingly burst at their own seams with merchandizing opportunities, callbacks, and setups for ensuing installments. Evoking a tradition of limitations mostly gone from multiplexes, Elimination Game is beholden to nothing but itself, in and out in one installment. The action is grounded to the few locations and scenarios the production could manage (a car chase is rather ingeniously constructed out of what appears to be nothing but existing footage of real-world car accidents). Elimination Game is then an “action movie” in a sense more intrinsic than wide release franchise installments. It isn’t particularly smart, but it’s also not really trying to be. Its doing the best it can with what it has. Your mileage may vary, but if you like movies where a burly bald guy kills Navy SEALs real good, you could probably do worse.

For all its predictability, there is something refreshing about the film’s brevity. Elimination Game tells a 90-minute story that The Hunger Games franchise stretched out into four bloated films. When Purcell is thrown back into the games to finally win his freedom, a sequence of frenetic CTV footage condenses the final exhausting half of a modern blockbuster into just a few minutes of purely visual propulsion. If the only films you saw in 2015 were in first-run cinemas, you’d be forgiven for forgetting that not every action movie involves infinitely bloated stakes and crumbling cities. Endless spectacle has not just made a B-movie like Elimination Game feeling almost classical in its smallness. It may be no Gymkata, but it’s also no Asylum Studios cash in. You get the sense someone was actually trying.

One thought on ““Elimination Game””