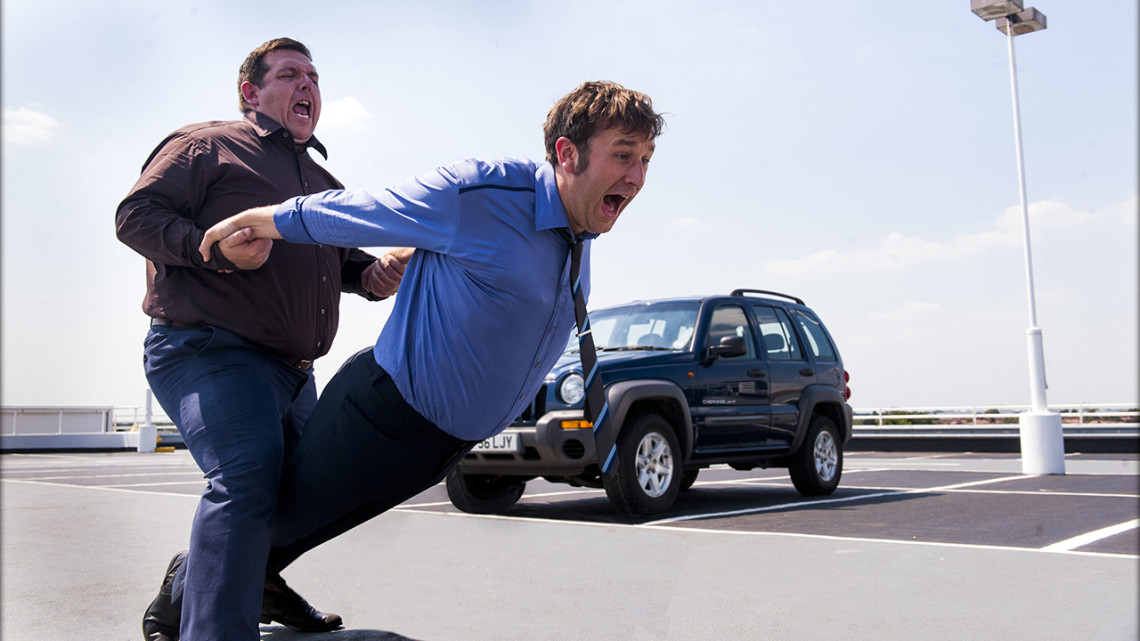 One, two, three. Five, six, seven. That Latin rhythm plays almost nonstop throughout the movie Cuban Fury. You can trace the history of salsa through its soundtrack, from Benny More to Tito Puente to Willie Colon to Mark Anthony. Yet, even with a “best of” playlist of some of salsa’s finest, Cuban Fury struggles to stay on beat, fumbles too many basic steps, and leads you back off the dance floor with an apologetic face.

Back in the eighties, a young brother and sister duo rocked the world of competitive salsa dancing in England. On the night of their first national appearance, Bruce is held down by bullies and forced to eat the thousands of hand-sewn sequences off his salsa costume (which many dance moms will tell you, is not an exaggeration). He quits the dance world and becomes your average office guy sans sequence. Bruce (Nick Frost) never thinks about salsa again until his new American boss Julia (Rashida Jones) reveals an interest in his old hobby. I’m sure you know where this is headed.

Nick Frost is charming as the underdog Bruce trying to win the affection of the down-to-earth boss played by Rashida Jones. Frost’s low-key turn is a treat (or potential disappointment) to fans accustomed to seeing him as Simon Pegg’s quirky mate from Spaced or the friendly neighborhood drug dealer from Attack the Block. Jones’ character isn’t made out to be a flawed woman desperately seeking love. Julia comes across as strong independent character, a rarity for comedy. She’s the new sales head of an engineering firm and human enough to fall for Bruce’s jerky competitor, Drew (Chris O’Dowd). O’Dowd plays completely against his previous film roles of aw-shucks gentlemen like in Bridesmaids or Thor: The Dark World. Drew is vulgar and unpleasant, and of course, also knows how to dance. His character’s un-likability is meant to attract the audience’s hatred and have them rooting for Bruce if they weren’t already on Team Frost. Forget the love interest, it’s Bruce and Drew’s animosity towards each other that is the real pas de deux worth watching.

Unfortunately, while the actors are a delight to watch, most audience members going in will know exactly what to expect from Cuban Fury. It’s too steeped in tropes and genre conventions without daring to color outside the lines. Writers Jon Brown and Nick Frost found most of their footing in jokes, but when it comes to the story, we know what Bruce has to do to defeat Drew and win Julia’s attention.  It’s akin to dancing with a partner who files through his three standard moves and then repeats until the end of a ten minute song. No matter how good the dancing is, nothing surprises you or whisks you off your feet. 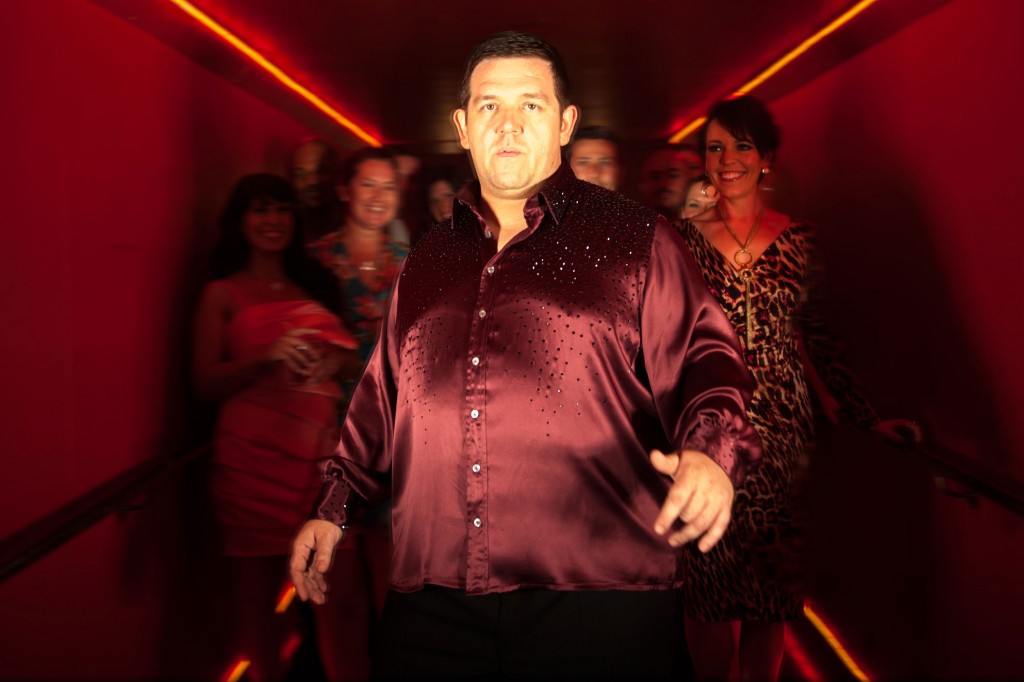 Not everything in Cuban Fury is a sore misstep. Dance humor abounds in several scenes but doesn’t hamper with a non-dancer’s enjoyment of the film. Dancers can appreciate the jab against “aerobic salsa” (commonly known as Zumba) and the different styles of reggaeton and the round of casino rueda salsa before the competition. Salsa dancers could wince when Ian McShane’s character challenges Bruce to dance cabaret-style salsa (the fancy one with lifts, acrobatic tricks, and high kicks) with a current champion levels ahead of him. In the “you knew it was coming” dance-off between Bruce and Drew, Bruce takes the lead, literally, subjugating Drew into the follower’s (traditionally women’s) steps. “You know this is wrong!” he cries, and for him, it’s the wrong sequence of steps.

First time feature director James Griffiths either tries to hide his actor’s dancing or thinks the Step Up franchise’s hyperkinetic cutting is the way to film dance sequences (in fairness to Step Up, some shots do last longer than 7 seconds). At times, his framing cuts out the fancy footwork or the lines of dancers, which feels manipulative. Fortunately, even the most egregious scene isn’t as ridiculous as Silver Linings Playbook, even if it still pits beginner-intermediate dancers on the same floor as Swarovski-glittered pros.

The last sour note I’ll take issue with is the sassy gay best friend trope that comes in and makes Bruce ready for the salsa club. Bejan is first hurt by Bruce’s overconfidence, but the two quickly become friends as part as his training to get back into the swing of salsa. Some of the best one liners are actor Kayvan Novak’s to play as over-the-top as possible. Other times, the joke is at his expense, playing on the apparent misunderstanding of why he’s over at Bruce’s flat getting him to apply tanning lotion.  It felt strange to have that kind of humor in the movie that begins with a homophobic bullying sequence.

“All’s fair in love and salsa,” the poster goes. I wasn’t in love with Cuban Fury, as much as I wanted to be. The peek into the world of salsa is just fine, the acting is solid, even if the dance editing is rough and the plot is as new as twice-reheated black bean soup. I knew most of my enjoyment was rooted in hearing the music I grew up with in the background, my feet keeping time below my seat, laughing at every joke about dance shoes. It’s not a detestable entry to the selection of dance films out there, but what impression it will leave remains to be seen.