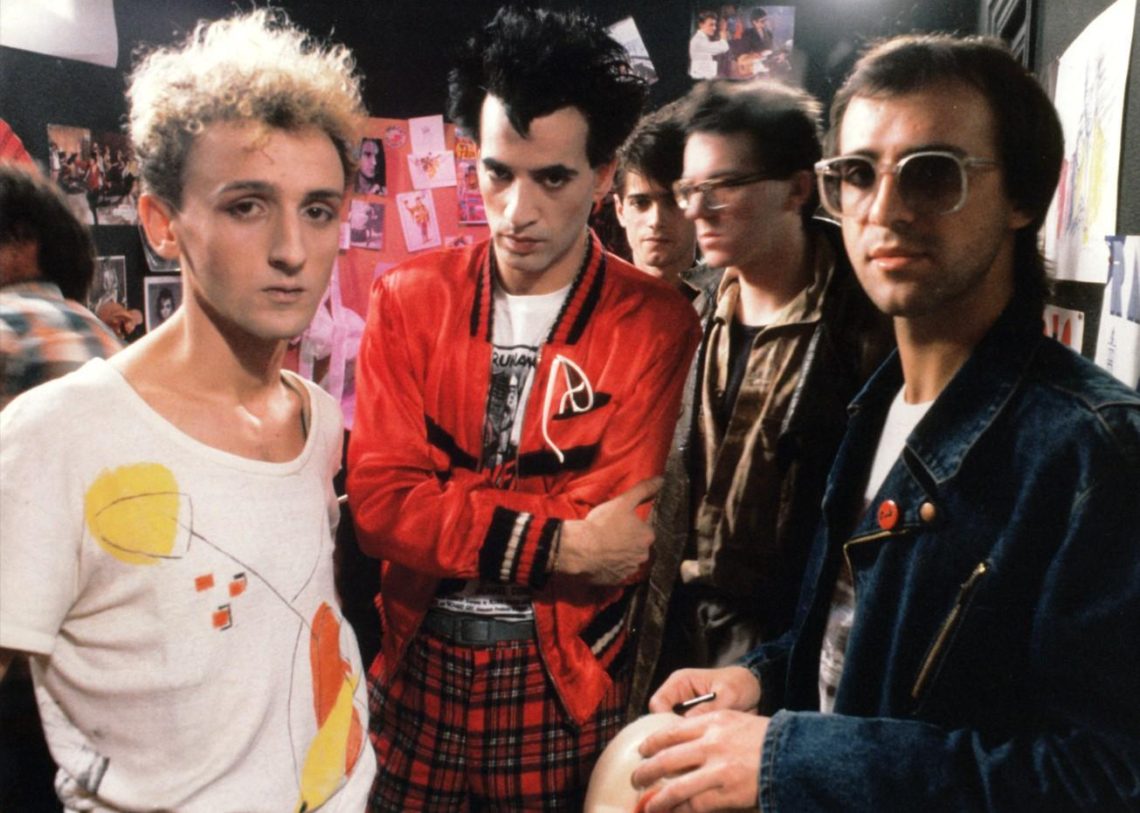 Daniel Walber writes about a pair of early films from director Pedro Almodovar upon being highlighted in a MoMA retrospective.

Shortly thereafter, Pepi’s friend Bom arrives. A teenager punk rocker, played by real-life Spanish singer Alaska, she immediately takes a liking to Luci. It’s not long before she’s standing above the housewife, urinating onto her face. Luci is gleeful, newly liberated with every drop.

This is just one of the many outrageous moments in Pedro Almodóvar’s debut feature, Pepi, Luci, Bom and Other Girls Like Mom. In fact, all of his first films are bewildering, rule-breaking comedies that revel in their own perversity. There has never been a better time to revisit them, especially now that the Museum of Modern Art in New York is honoring the director with a full retrospective that kicked off on Tuesday. Moreover, these earliest features are now more accessible than ever before. Just a few years ago, it wasn’t easy to track down any of Almodóvar’s early work. Now Pepi, Luci, Bom and Labyrinth of Passion are both available to rent on various streaming platforms.

They’re also essential viewing for any fan of John Waters, considering how remarkably Waters-esque Almodóvar’s own comments on Pepi, Luci, Bom have been. He’s called it “a film full of defects. When a film has only one or two, it’s considered an imperfect film, while when there’s a profusion of technical flaws, it’s called style.” Shot on 16mm and blown up to 35mm for release, it doesn’t just look cheap. It abounds in continuity errors and its plot is somehow both convoluted and leisurely. Yet that hardly matters. The point is the setting, the moment and the mood. The very air that these characters breathe is one of liberated comedy, with the occasional scatological breeze.

Pepi, Luci, Bom also had a similar distribution destiny as Pink Flamingos. While it was panned by a number of critics, it became a big success at midnight screenings. The same was true of Labyrinth of Passion, which was first released in 1982, and which was actually produced by the cinema where Pepi, Luci, Bom had its longest midnight run. These two comedies not only depict a counterculture; they were part of its contemporary iconography.

La movida madrileña, as it was known, was the gust of fresh countercultural air that blew into the Spanish capital as the Fascist regime of Generalissimo Francisco Franco came to an end. After decades of paternalistic, conservative government, the young people of Madrid embraced punk music, sexual freedom and lots of drugs. The moment’s politics are critiqued in Pepi, Luci, Bom by “General Erections,” a penis-size contest spoofing the newly free elections of the late 1970s. Rather than honoring the return to democracy with reverence, Almodóvar celebrates newfound freedom with sexual irreverence.

The same is true of Labyrinth of Passion. The film begins with close-ups of men’s crotches, as the two protagonists prowl the daylight streets for a trick. Riza (Imanol Arias) is the son of the deposed emperor of a barely disguised Iran. Sexilia (Cecilia Roth) is the nymphomaniac daughter of a gynecologist whose clients include Riza’s step-mother. As you can already tell, the plot is even more twisted than that of Pepi, Luci, Bom.

Riza picks up a young Antonio Banderas, in his film debut, before discovering him to be a member of a radical terrorist group. Sexilia, it turns out, prefers entire groups of men. Every character is motivated by their desires, creating a narrative ecosystem of fetishes. A psychotherapist is obsessed with Sexilia’s father. A young woman named Queti (Marta Fernández Muro) is troubled by her father’s bizarre disorder of perception: On alternating days, he confuses Queti for his wife, who in reality has run away with someone else. This makes life hell for the daughter, who struggles to combat his sexual advances.

Her eventual solution is to impersonate Sexilia and take over her life. In a hilarious perversion of Freudian psychoanalytic theory, Queti-as-Sexilia (now played by Roth) awakens a sexual desire in Sexilia’s father and allows him to act on it. Queti is not really his daughter, but he doesn’t know that. Almodóvar’s happy ending to the young woman’s struggle with non-consensual incest is to give her a new life of consensual incest. Once more, there’s an equivalent act in Pink Flamingos, but Divine’s sexual relationship with her son is much less elaborately conceived. 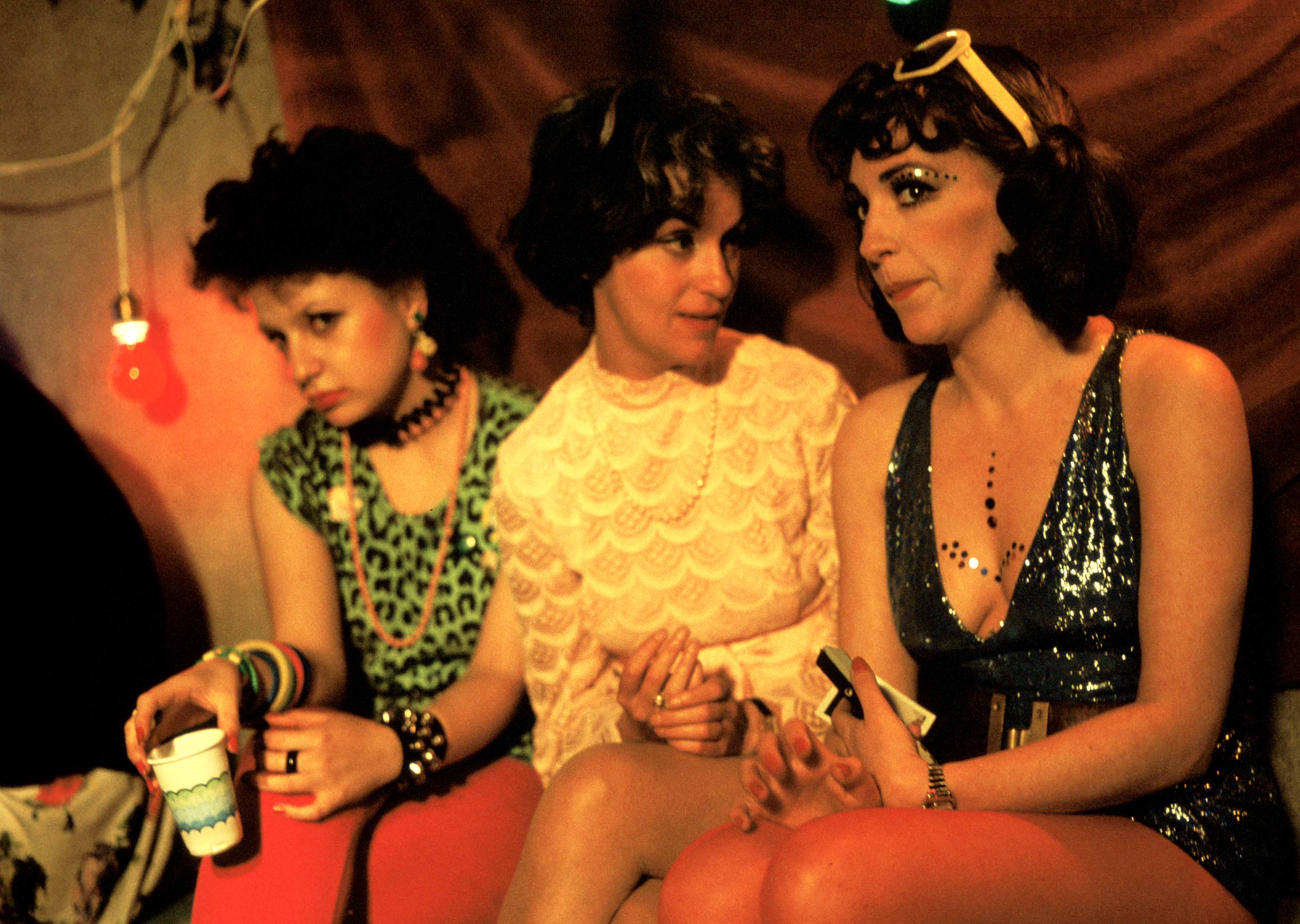 In a nation recently under the total dominance of a paternalistic political regime, it may seem odd that a rebellious filmmaker would have a character find fulfillment in the pants of a stern father figure. Yet the same occurs in Pepi, Luci, Bom: Luci ends up returning to the arms of her husband, but only after she has grown bored of her relationship with Bom. Pepi and Bom’s acts of revenge against the policeman awaken in him a violence that Luci previously could not provoke on her own. After the beating she receives at his hands, Luci is ready to return to him.

Though Luci obviously represents the Fascist regime, that doesn’t mean the movie itself implicitly endorses it. Luci has been hoping for this sort of treatment for years, a final fulfillment of her sexual desire. This narrative, even with its violent conclusion, undermines Fascist paternalism by exposing what it really is: just another fetish. Almodóvar, like the movida around him, responded to the death of Franco not with a sanctimonious return to party politics, but with gleefully anti-political laughter.

The same giddy approach to rebellion is applied to drug use and music, ever the companions of sexual awakening. Alaska, who plays Bom, was a major figure of the movida; she and her band, Los Pegamoides, perform in Pepi, Luci, Bom as “Bomitoni.” The best number in the film is “Marrona Murciana,” Bom’s ode to Luci as the filthiest woman she’s ever met. Bom is like a much tinier Divine, shouting the virtues of disgusting behavior to the heavens.

The musical star of Labyrinth of Passion is Almodóvar himself, along with his longtime collaborator Fabio de Miguel, alias Fanny McNamara. McNamara plays Patty Diphusa, an internationally famous sex worker who had previously starred in a collection of short fiction written by Almodóvar (for which he was compared to Andy Warhol). In Labyrinth of Passion, Patty seduces Riza shortly after his arrival, and later helps him dramatically punk up his personal style. 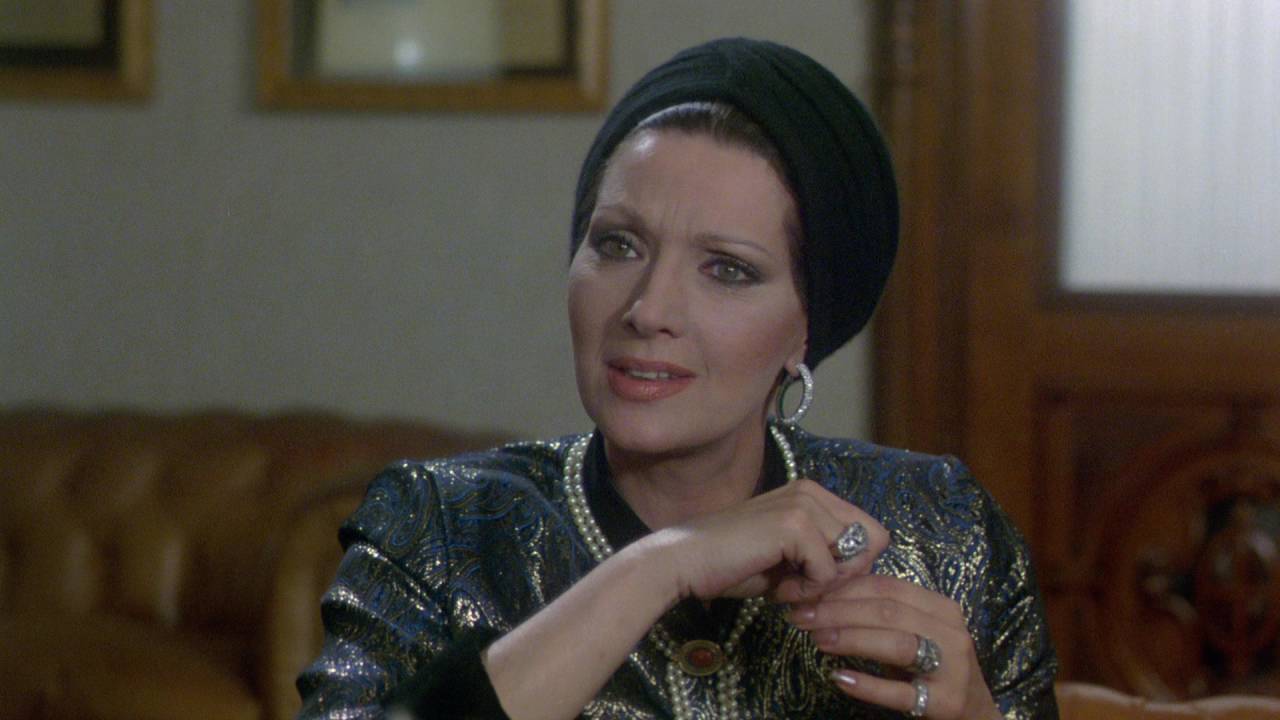 Almodóvar and McNamara perform “Suck It To Me” to occupy the audience while the headlining band sorts out an injury. They count to ten over a beat and then run through a laundry list of drugs. It’s incredibly catchy, a charmingly giddy love poem to the proliferation of narcotics. They know that their audience gets the joke, and probably took at least two of the listed substances to prepare for their night on the town.

Yet the accomplishment of these early films isn’t just their shock value. There is a reason that the sexual humor of Pepi, Luci, Bom is still funny while the similar jokes in Almodóvar’s recent I’m So Excited! didn’t even land the first time. The chaotic storm of narrative and design isn’t just a document of the movida, but a much larger cauldron of influence. Almodóvar draws style from Fellini and Warhol, steals plot points from Old Hollywood screwball comedies and gestures toward Spanish and Italian Neorealism. These films might appear to be natural extensions of the movement and the moment, but they portray the mind of their director as fully as they resemble his social circle.

This panoply of influences would later coalesce into the almost crystalline style of Almodóvar’s masterpieces of the 2000s. But it’s obvious even as early as What Have I Done to Deserve This? (1984). As he incorporates a Hitchcockian plot twist, a Neorealist setting and the flourishes off Douglas Sirk and Rainer Werner Fassbinder, the spirit of the movida persists. It lives on in the sex worker upstairs and the specific fetishes of her clients, the lizard brought in from the dump and the predatory dentist to whom Carmen Maura sells her sexually savvy young son.

And it lives on in every other one of the director’s films, though it is not always so obvious. For this reason, the return to the sunshine of Pepi, Luci, Bom and Labyrinth of Passion is a long-awaited thrill for Almodóvar fans, as well as a pleasant arrival for anyone else—especially devotees of the perversities of John Waters. These neglected early works demand to be seen, their chaotic and sexual energy—bottled by the over-sexed synthetic drug-chefs of the early 1980s—still as potent and hilarious as ever.