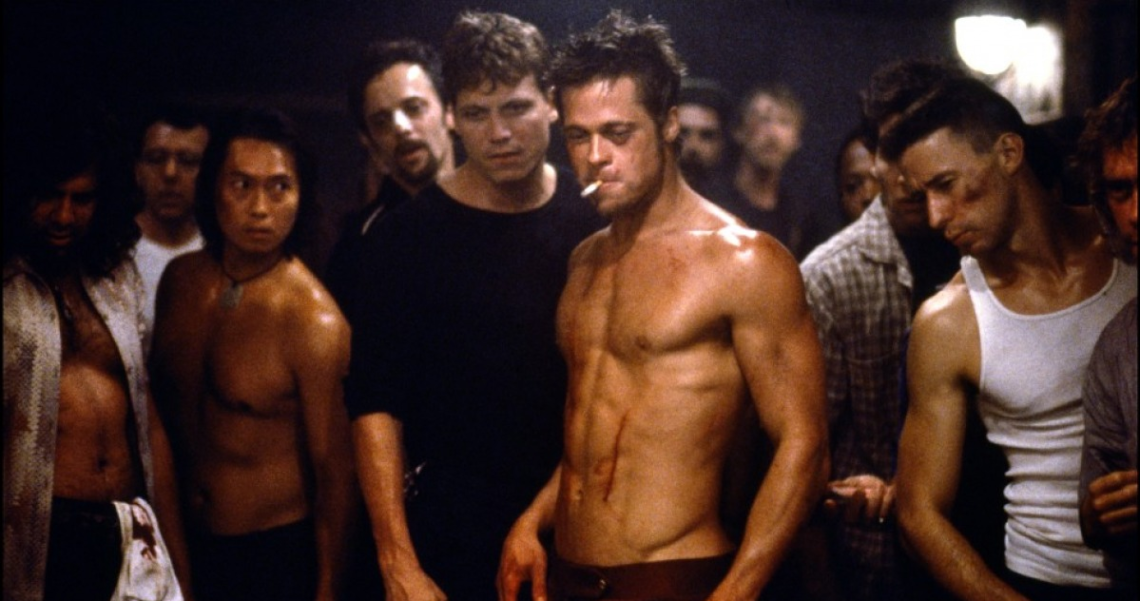 To begin, I’ll let on that I’m a huge fan of David Fincher; I dig The Game, I enjoy Alien 3 and I even think that the one about Brad Pitt aging in reverse is a glorious example of adult fairytale-telling. I don’t consider it hyperbolic but more realistic to say that Fincher, along with Paul Thomas Anderson and Richard Linklater, is currently the voice of American cinema. The reasons are numerous, but for me can be boiled down to: Seven, Panic Room, Zodiac, The Social Network and, yes, even The Curious Case of Benjamin Button (if you’re going to rehash Forrest Gump, you may as well do it right). But Fight Club…well, that’s a different story.

Amidst all Fincher’s gothic visions, there’s often a humanist root to be found in the gloom, a conscientious connection – personified in a basically ‘good’ character – allowing us as viewers to relate. Seven has Detective Somerset, Zodiac has Dave Toschi and The Social Network has Eduardo Saverin. Fight Club has no one: everyone in its twisted world of men dealing with existential angst through pugilistic rage ranges from unlikable to downright irredeemable – The Narrator (Edward Norton) is neurotic and intentionally uninteresting, his alter-ego Tyler Durden (Brad Pitt) is a mindless nihilist, while all of their Fight Club compatriots are zombies present only to serve Fincher’s satirical vision. What technique there is on display fails to make up for the film’s lack of soul.

Original Fight Club author Chuck Palahniuk, himself an acquired taste, dominates Fincher’s movie, and yet the director makes his adaptation no easier to digest. In fact, pulping his characters in unflinching close-up (Jared Leto’s Angel Face has a particularly rough time) and throwing subliminal penises into the edit, Fincher makes Fight Club intentionally distasteful. Told with anarchic abandon, blunt force stands in for nuance, and what Fight Club says about conformity, consumerism and identity doesn’t exactly rewrite the book on any of them. That supposedly earth-shattering twist — the main character was the antagonist all along — is, as Charlie Kaufman put it in Adaptation, one of the oldest tricks in the book.

As the Narrator, Ed Norton’s flat narration and nerdy norm schtick (it’s unthinkable that this charisma-free milquetoast was once hailed as a successor to De Niro) allows Brad Pitt to upstage him all too easily. As was Fincher’s intention – the idea is that Pitt’s more charismatic Tyler Durden is a man to both fear and follow – but that doesn’t excuse the fact that the director tells the Narrator’s story with an agenda, minus any care or concern for his protagonist. Fincher and screenwriter Jim Uhls present all Fight Club‘s 30-something males as solipsistic man-children, destroying beautiful things largely for the fun of it. And while the film’s primary concern is for the masculine, Uhls and Fincher could still have done better with their sole female character than Helena Bonham Carter’s Marla Singer, essentially a more acidic forerunner for the Manic Pixie Dream Girl; quirks alone do not a personality make.

As Fight Club mocks society at the bottom, the brand of comedy is essentially gross-out by another name, encouraging you to laugh at utter despair and degradation, and at regular everyday life — your life. From the point of view of a disturbed, possibly sociopathic ‘hero’, Fight Club mocks that stability, that taking pleasure in little victories that comes with living in the real world. It’s a mean-spirited type of comedy, reliant on schadenfreude and the suggestion that you laugh at the unpleasantries of its characters’ existence, as well as your own. Only the people telling you through this film that your mundane life sucks are all part of Hollywood’s elite.

Destroying a Starbucks in a glossy, $63 million Hollywood production has all the hypocrisy of a professional boxer remarking that violence isn’t the answer, and the likes of Brad Pitt, Edward Norton and Jared Leto should never have been spokesmen for the ordinary and the downtrodden. Fight Club doesn’t lead by example — it fetishises Brad Pitt’s Tyler Durden, the very character that tells us we don’t have to be rich and beautiful to be happy, while its message of corporate rebellion is essentially baseless (Starbucks, Apple and Ikea may come in for a ribbing, but all still put up cash for their products to appear in the film). How can Fight Club tell you to reject the system when it’s obviously still a part of it?

I can admire Fight Club‘s craft, as much as it is a soiled, nicotine-stained filter through which we view Chuck Palahniuk’s already grim world. I can admire the punk attitude to storytelling, even if the punk message itself is ultimately hypocritical and hollow. I can also admire certain performances — the curiously over-praised Norton aside, most of the cast deliver turns finely-tuned by Fincher’s notorious multiple take approach. Fight Club is a film I can cautiously admire when it’s taken down to parts — but love? This film doesn’t want my love, nor anybody’s else’s; Fight Club may be iconic and technically proficient, but it’s more distant than perhaps any film to attain “modern classic” status. 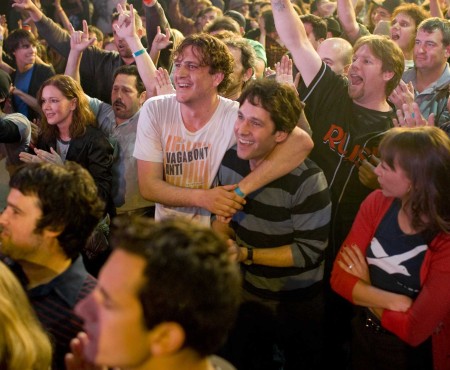 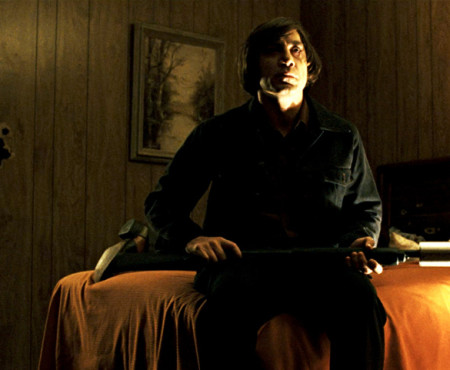 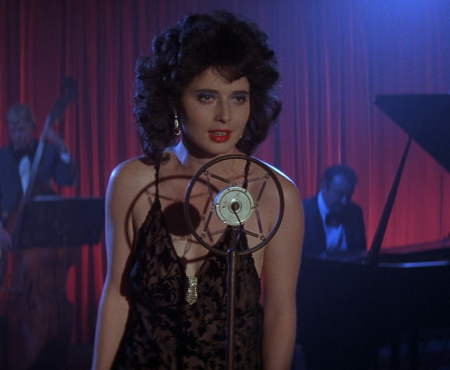