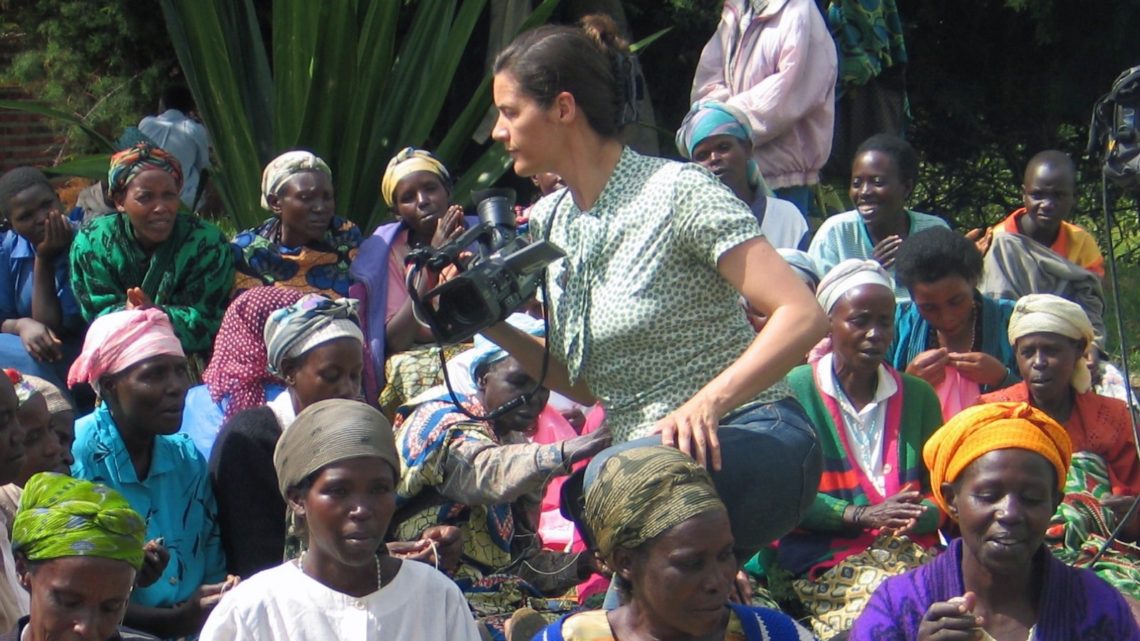 How Others Perceive Us: Kirsten Johnson on “Cameraperson”

Elena Lazic sits down with Kirsten Johnson of "Cameraperson" to talk about documentary filmmaking, the power of the moving image, and more.

Although you may never have heard of her, Kirsten Johnson is a household name in American documentary circles. As a cinematographer she has worked on renowned films, including Michael Moore’s Fahrenheit 9/11, Derrida, and This Film Is Not Yet Rated. Most notably, Johnson recently shot Laura Poitras’ fierce explorations of the dark side in the information-age films Citizenfour and Risk. But Johnson’s first film as director almost never required her to pick up a camera. All but entirely constructed from pre-existing footage shot for other filmmakers, Cameraperson is like a memoir of a woman whose 25-year-spanning career has involved meeting strangers and documenting their stories.

Johnson tells me the project was not born as an idea for a film to be made as such, but rather out of a need to cope. After showing the rough cut of a documentary she had been working on for 3 years in Afghanistan to one of its key subjects, the latter became worried about her own safety, pulling out of the project and leaving Johnson slightly stunned and destitute. This event, alongside the onset of her mother’s crippling Alzheimer’s, prompted questions for the cinematographer about memory and its fallibility, sending her on a quest to verify whether she properly remembered all the funny, moving, and sad stories she has witnessed throughout her career. Johnson contacted some of the filmmakers she had worked with to retrieve her footage and soon realized that in them lay an incredible film waiting to be made.

Although each piece of footage documents a different time and place, the varied sections of Cameraperson share a thematic focus on the consequences of horror and its recollection. One segment shows an Afghan child describe the gruesome circumstances which left him blinded in one eye. In another, a lawyer describes a horrific racially motivated murder in excruciating detail but crucially without ever showing the autopsy pictures of the victim that are readily at his disposal. A particularly haunting section in Africa shows women chopping wood under the burning desert sun rather than in the forest, the reason being that venturing there would be deadly.

The film’s structure came about as much as a result of the kind of footage available to Johnson as from a conscious desire to address the invisible presence of violence. She is not a “war journalist” and rarely films conflicts as they actually unfold. Indeed, as Johnson explains, with electronic devices now available to almost everyone, war and disaster footage is simply not rare anymore, being a staple of contemporary documentary filmmaking and news coverage. Her interest lies rather in the way people deal with past horrors in their everyday lives.

A lot of the film’s runtime is dedicated to Bosnia, a place where mass genocide occurred relatively recently and where the question of trauma is more urgent than ever. The Bosnian footage shows the daily life of one of the only Muslim families to have returned to their village after a campaign of ethnic cleansing forced them to leave. Although this information is presented unobtrusively—in a short paragraph of onscreen text—this simplicity does not demean or neglect the horror these people have been through. Rather, this crucial piece of context, gently delivered, imbues calm and peaceful images with a moving vividness while somehow never overbearing them with a sense of hopelessness, tragedy or an aesthetic of ‘misery porn.’ More recent footage sees the family break down in tears as Johnson, back in Bosnia years after her first visit, tells them that although she initially came for a terribly sad reason, she had an amazing time staying with them. It’s a gut-wrenching sequence in which Johnson allows us to see these people not as simply victims, letting ourselves but most importantly them “acknowledge the horror and live on.”

Johnson stresses the importance of contact to achieve this delicate balance and respect her interviewees. It is because of the personal, one-on-one relationships she has built with the people she encounters that Cameraperson beautifully avoids othering its subjects. Johnson tells me she explicitly chose to include one particular sequence in the film precisely to address the issue of respectful representation. The shot shows a Ugandan man performing a traditional dance, his face contorting into dozens of funny and genuinely impressive expressions. What in a lesser documentary might have been a voyeuristic abuse of African traditions for the consumption of white ex-colonizers, here appears as a genuine moment of connection and wordless communication between dancer and filmmaker. From these moments of human contact amid often terrible circumstances emanates the joy and heart of Johnson’s cinematography and the film itself. She describes the pleasure found in connecting with people, across languages and borders, something which can definitely be felt when watching her film. 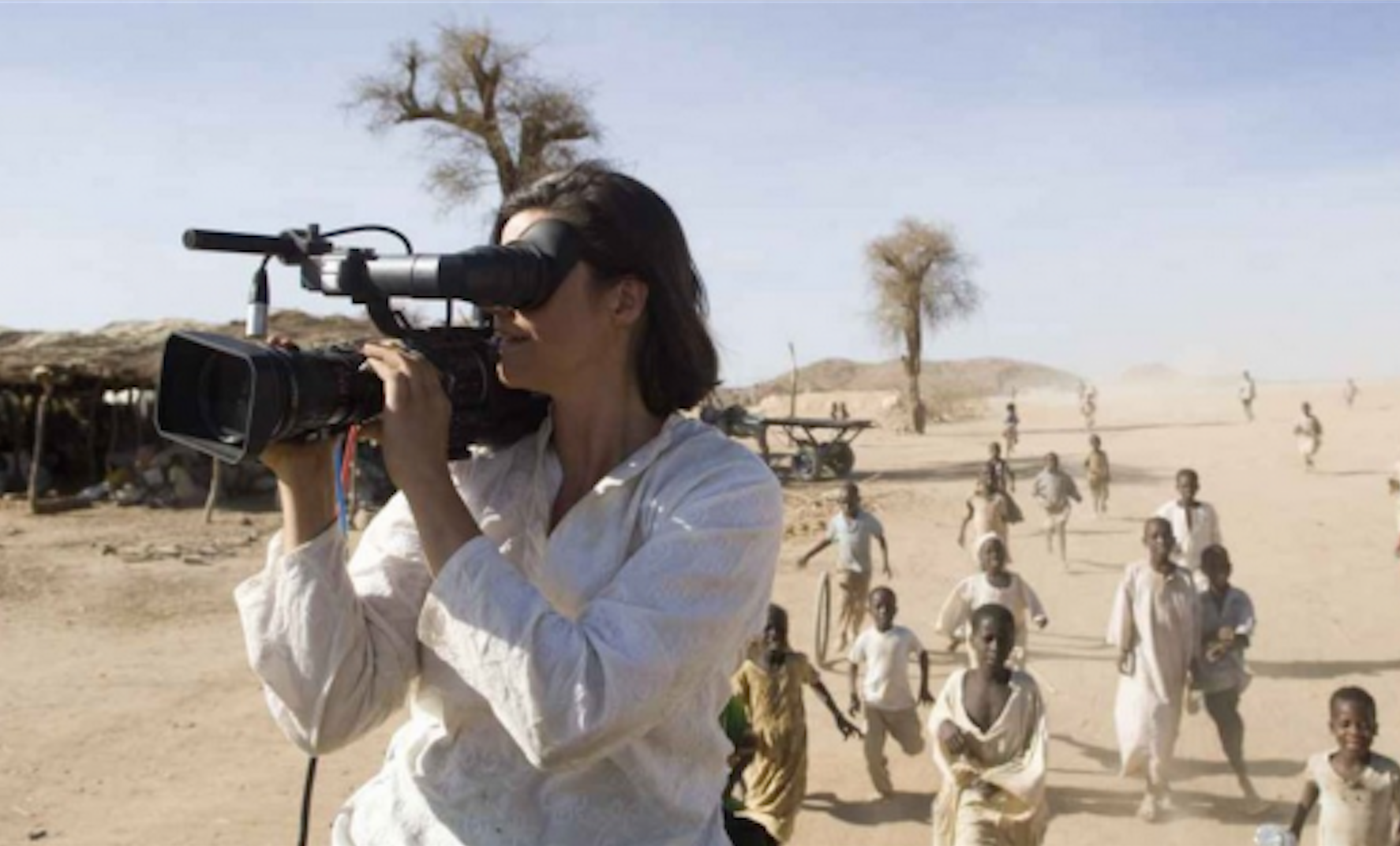 Johnson says that contact allows her to know her subjects, but also herself. “I think that in some way, we are others even onto ourselves. We don’t completely understand what is going on in our minds or why we behave a certain way,” she says. “Sometimes it is only in images that we can see and imagine how others might perceive us.” Although she never appears on screen, we get perhaps a more truthful version of the filmmaker through the prism of the relationships she forms with her subjects. In the profound humanity of her images can be sensed the same warmth and genuine interest that Johnson communicates in interview.

But why this desire to make a memoir? Johnson explains that she initially saw this project as a way to come to terms with her past and her mother’s illness, but realized halfway through that it was most of all addressed to her children. “We are others unto ourselves, but also to the people who love us when we’re independent, when we go out to the world,” she says. She hopes for the film to be a way for her children to know her properly in the future.

Footage of Johnson with her twin children and her father presents the kids grappling with horror and death in a paradoxically mild encounter with a deceased bird found in their garden. In no way could these young children possibly imagine or understand today all the things that their mother has seen and which undoubtedly form a big part of her identity. “Being a documentary cinematographer creates a lot of aloneness,” Johnson says. “It creates a lot of time away from people, as much as it creates time with them. Showing my children the people I was with when I was away is a way of showing them who I am.”

Cameraperson already holds a very precious value for the Bosnian family seen in the film. They finally saw the completed film at the Sarajevo Film Festival earlier this year and were moved to tears as they possessed no pictures of their grandmother who had only recently passed away. Beyond the ethical conundrums of representation, these people were simply happy to see their relative again. Gifted a Xerox screengrab by Johnson, they returned to their village with a precious image to remember their loved one as she once was.