De Palma, “Blow Out” and the Good Scream

To celebrate its 35th anniversary, Emma Stefansky writes about the sound design and cinematography of Brian de Palma's "Blow Out."

Blow Out begins with a trick. Two tricks, actually. Amid hoarse growling noises and oddly upbeat music, the camera follows a trajectory, slowly tracking along the side of a sorority house and leering into the windows at girls dancing in their negligees and couples heavily petting each other. It’s clear that the camera is standing in for a character, allowing the viewer to see through the eyes of a murderer as he slinks through the house and into the bathroom. He (and we) sees himself in a mirror before he turns and draws back a shower curtain, holding his knife up as if he’s right about to stab the woman in the shower. She sees him and screams, badly, and we immediately cut to John Travolta’s character, Jack Terry, chuckling in the screening room.

“God, that scream is terrible,” he says. Oh, we think. We get it. That wasn’t the film we’re going to see. This is.

The second part of the trick takes the rest of the movie to unfold.

Brian De Palma is a master craftsman when picking the shots that will have exactly the right impact in a scene, and he has a few pet techniques that he likes to use repeatedly. One of his favorites is the split-diopter shot: a shot that has the background and the foreground in focus at the same time. In Blow Out, which leans so much on its theme of the vital importance of sound, the split-diopter is a visual representation of listening to one thing while looking at something else. It’s used with the owl on the night of the car crash—when Jack is recording night sounds on a bridge and an owl hoots, causing him to look up from the noise he was focused on—and then a little later in the hospital, as we see Jack on one side of the screen paying attention to something on the other.

Our brains are in constant motion, bouncing around from one stimulus to another. Crafting a film is learning how to balance that bouncing around and train the brain to go in one particular path by controlling stimuli like sight and sound. The director controls everything we see and hear, but sometimes we can be tricked into thinking we’re controlling it. When we hear a sound of dialogue occurring, we want to be able to see where it’s coming from; the split-diopter, by showing us two things at once, gives our curiosity that instant gratification.

Everyone in Blow Out is being surveilled: the camera sees into rooms, and acts as a surrogate to Burke, the murderer, as his eyes follow Nancy Allen’s Sally into a train station. The worst is when the camera gazes through windows at our protagonists. We feel a dual discomfort in this: the characters are being watched, which is creepy, but since there is no one else present in the world of the film, looking up from the street, we know we are the ones doing the watching. The very beginning of the film correlates the viewer with the murderer, but instead of dismissing the camera-as-viewer as some campy B-movie trope, that technique is continued throughout the “real” film as the audience is allowed to look through windows and watch from above as action is carried out below.

The overhead shot is another recurring darling of De Palma’s—it’s a Hitchcockian element that evokes different responses. In Blow Out, it’s used to show a lot of information at once, as in the scene when Jack realizes that all of his film has been wiped and we see him standing amidst a vast pile of celluloid strewn all over his floor. It’s an overwhelming shot, and displays Jack for essentially all that he is: a small, inconsequential man in way over his head.

Conversely, De Palma devotes a lot of time in Blow Out to things the audience does not get to see. The actual murders are skipped over, leaving the audience with only the lead-up and the aftermath. When we see Burke kill the first woman in his plan to create a fake series of sex killings to cover up his eventual murder of Sally, all we see of the actual kill is shadows on a wall backlit by red, like a pantomime on a stage. The director knows what he’s doing, teasing out bloodlust from the audience. Hiding behind a surface empathy, the viewer is vaguely disappointed as the climax of the scene is stolen from them. This is not a mistake. 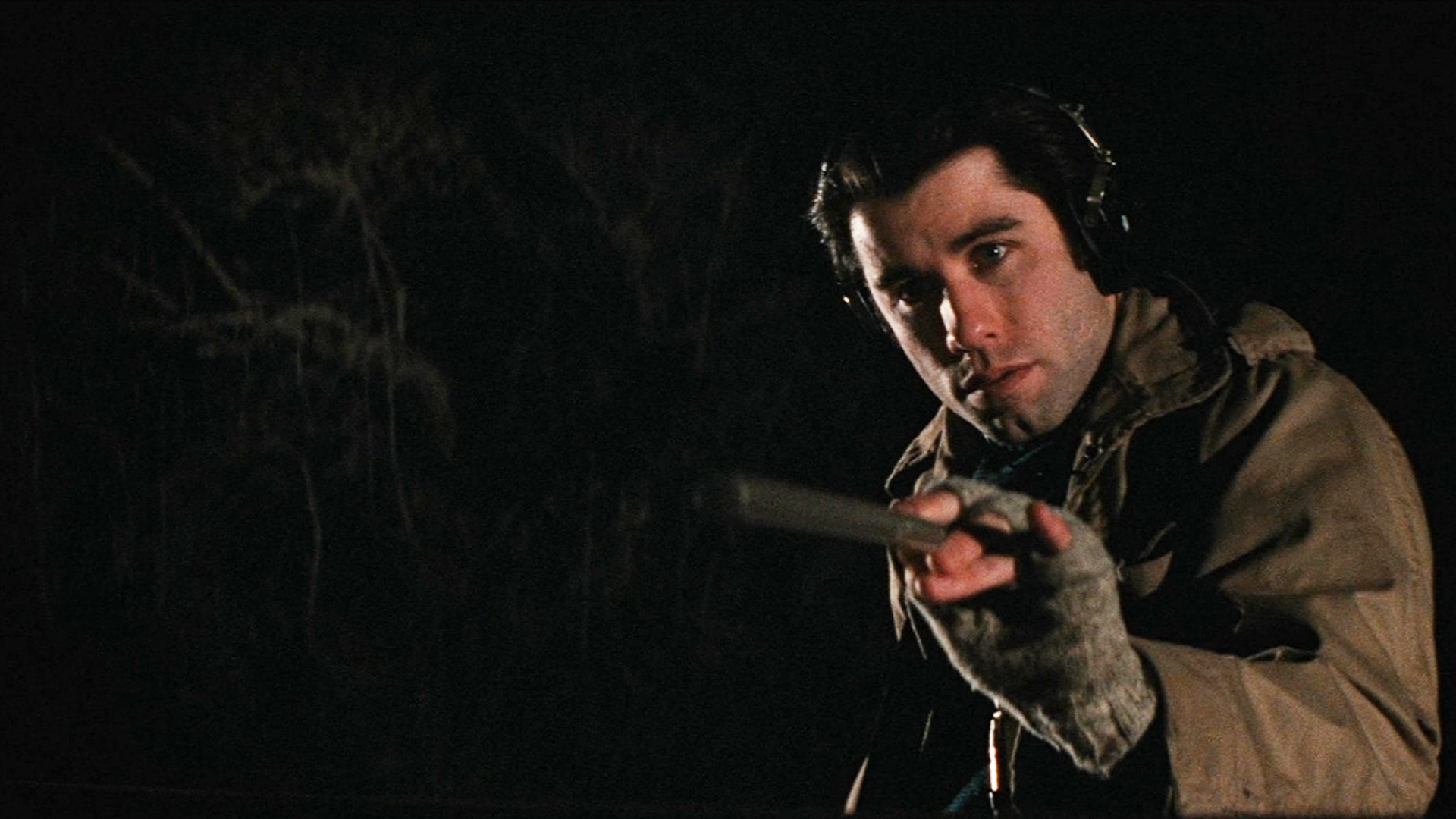 De Palma is a controversial director because his films make us uncomfortable. They not only challenge the viewer, but also go a step further: they accuse us. We’re not escaping from anything when we watch one of his movies. We’re not allowed to forget or be absolved of any sins. Is this what you came here to see? Well, here you go.

The most iconic moment in Blow Out, the one everyone remembers, is Sally’s scream. It’s horrifying and ecstatic all at once, a ragged cry for help that appalls the audience and makes us let out a sigh of relief at the same time. Now that’s a scream.

The scream is a subplot that recurs a few more times in the film, as Jack’s colleagues try in vain to find the perfect one. They bring girls in, girls who scream as well as they can, but nothing sounds quite right. We’re reminded that the scream is a pertinent issue over and over, so it’s always in the back of our minds even if the rest of the film seems to advance beyond the petty trifle of finding the right sound effect. You idly wonder if they’ll find that perfect scream. If you’ve been paying attention, you know that acquiring it will cost someone dearly.

Sally’s rabbit foot is a dead giveaway that she is the most vulnerable character. She wears it all the time for luck—you can see it in every scene she’s in. If she thinks something that delicate is going to save her, she won’t survive this. She’s young, she’s pretty, and she is going to be victimized no matter what. 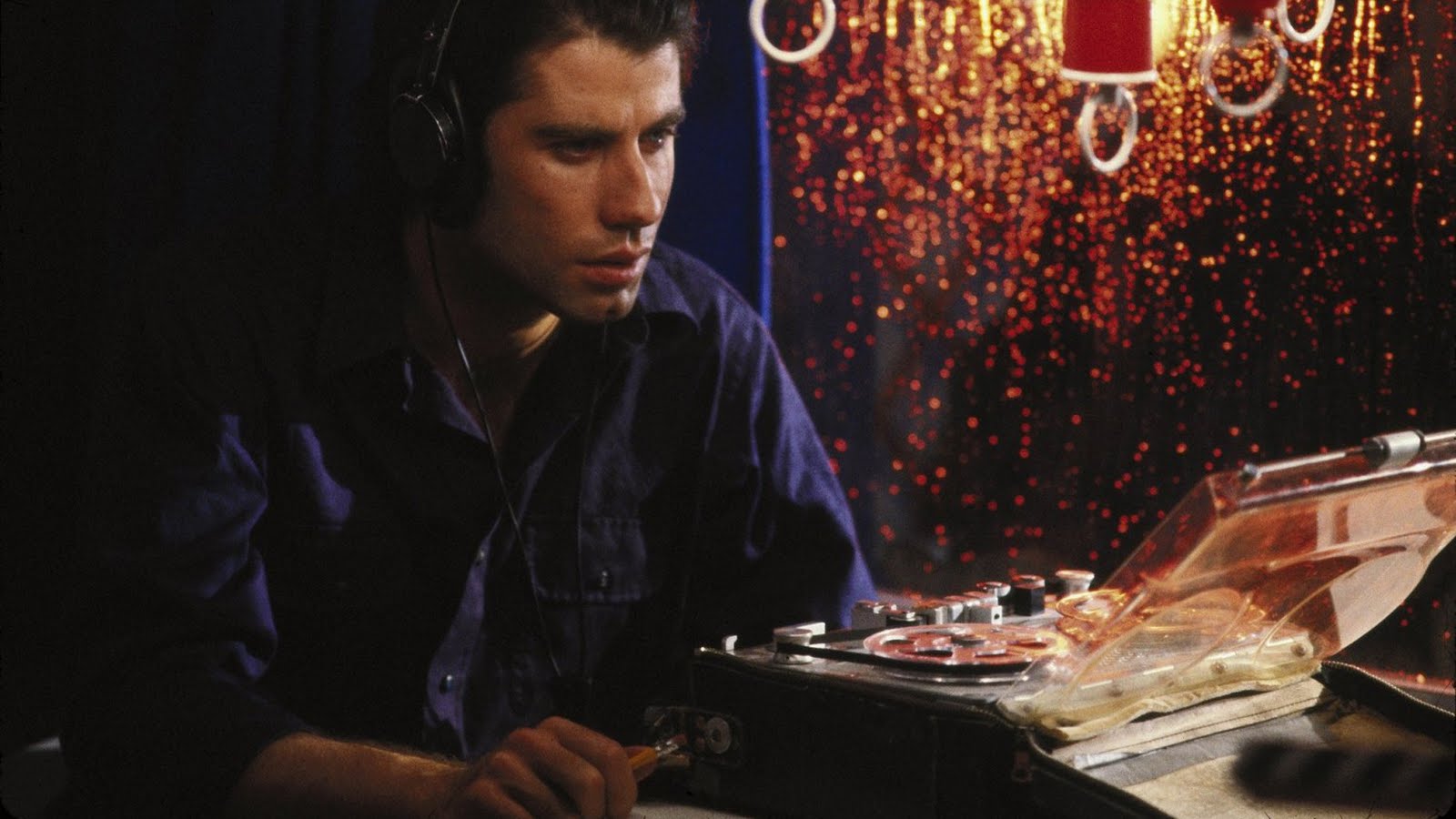 When Sally screams as she’s about to be murdered, she leans forward, looking right into the camera. De Palma could have done this a number of different ways, but he chose to have her lean towards us. We are the ones who can’t help her, and in a way, at this point, we don’t even want to.

The phrase “blow out” has a few different definitions. There’s the obvious one, pertinent to this film: the sound a tire makes when it’s punctured. But a “blow out” can also be a celebration of victory. There is one present in the film—the Liberty Day parade is foreshadowed throughout the film before actually occurring. Finding that perfect scream is the smallest, pettiest of victories, but it’s the one every occurrence in the film leads up to.

The camera is always impassive, so the people involved in filmmaking have to be, in some way, impassive as well. Blow Out shows De Palma’s cynical notions of how films are made, taking our grossest desires, giving them flesh, and tossing them in our faces. His trick at the very beginning comes in two parts. The first is that fun little elbow to the ribs—just kidding, this cheap horror joint isn’t the film you’re here for. The second part of the trick is only appreciated at the very end, when we hear Sally’s scream incorporated into the seedy shower-stabbing scene these people were working on the whole time. This is what we have been watching this film for all along. The only evidence of Sally’s sickening murder is relegated to a sound effect in the background of Jack’s final refrain: “It’s a good scream. It’s a good scream.” Our empathy has been all but erased in the course of this film. As we watch the girl in the shower turn in terror towards the murderer, Sally’s scream coming from her mouth over and over, our lizard brains agree. It is a good scream.

Blow Out is a film about making films, but it’s also about watching them, and becoming a part of them. Certain shots De Palma chooses serve to implicate the viewer, slowly but surely, as an active participant in its violence. De Palma understands exactly how viewing a film changes a person, how an audience can be tricked into sympathizing with a cause they otherwise would never have taken up in reality.

Jack has his head in his hands in the final scene of the film, because he’s obviously torn up about Sally dying. To add insult to injury, he has to listen to her die, over and over, as the sound of her scream is played back in the editing room. The thing is, he didn’t have to give that sound reel to his producer. But he did.

Blow Out’s second-most memorable moment happens as Jack cradles Sally’s body on top of the roof, in a sweeping shot layered with fireworks. The rockets explode and glitter behind all around them as all noise is silenced except for the swelling soundtrack, burying the two in a riot of sound and color. The rest of the world cares nothing for her death because it’s celebrating. The audience doesn’t care either, because we came to see a spectacle. Why do we watch slasher flicks? Because we want to see gore and violence onscreen. We take pleasure in it. De Palma has never held back when it comes to violence. He gets it. This is how it’s gonna be, his movies say to us. This will not end well for our heroes, and you know it, and here you are anyway.

One thought on “De Palma, “Blow Out” and the Good Scream”