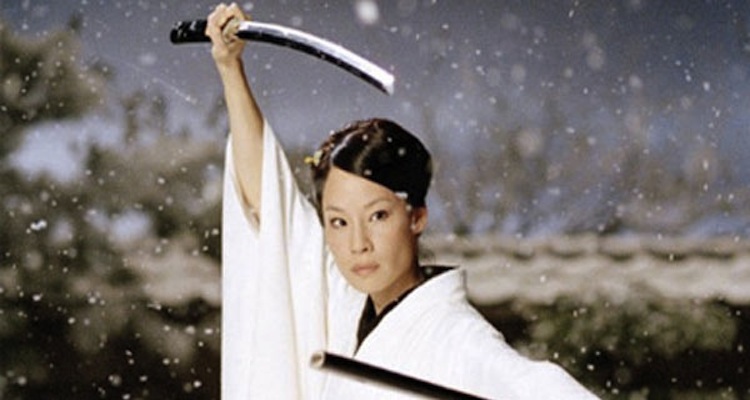 Happy 45th birthday to Lucy Liu, one of the most groundbreaking females in the action film genre — and probably real life, too. Liu’s contributions to film and television have made her a standout across the board, from comedy to drama, but her life as an action queen is what makes her stand out on screen.

Liu’s first memorable roles belonged to the small screen, as a college student on Rhea Perlman’s Pearl and the much-beloved insane lawyer Ling Woo on Ally McBeal. The notoriety gained from the Ally McBeal role opened the floodgates for her, as critics and audiences recognized that she was not only a talented actress — she could play unhinged and ruthless pretty damn well.

As one-third of the trio in 2000’s Charlie’s Angels, Liu kicked ass alongside Drew Barrymore and Cameron Diaz wearing some of the most fabulously and atrociously trendy clothing of the early aughts. The reboot of the classic 1970s crime-fighting show allowed Liu to hone her chops as an action heroine while getting to star in a comedy and have a Destiny’s Child song written about her. If that’s not living the dream, then what is?

As the powerful, beautiful and absolutely terrifying mob boss Oren Ishii in Quentin Tarantino’s Kill Bill Vol. 1 and 2, she sparred with a mildly disgruntled Uma Thurman and suffered the consequences. But that’s not to say that she didn’t put up a helluva fight first. Watching Liu’s fight scenes with Thurman are a mesmerizing thing of beauty that, yes, end in glorious bloodshed, but are transfixing to see play out. The woman knows her way around a katana.

Liu was even a shining beacon in the heavily disappointing The Man With the Iron Fists as the madame of a brothel who not-so-secretly knew how to deal with any patrons who got out of line. Currently, she is making waves on television by starring as a female Watson on Elementary. But one can’t help but be selfish and wish she would return to film sometime soon. Before the next birthday?