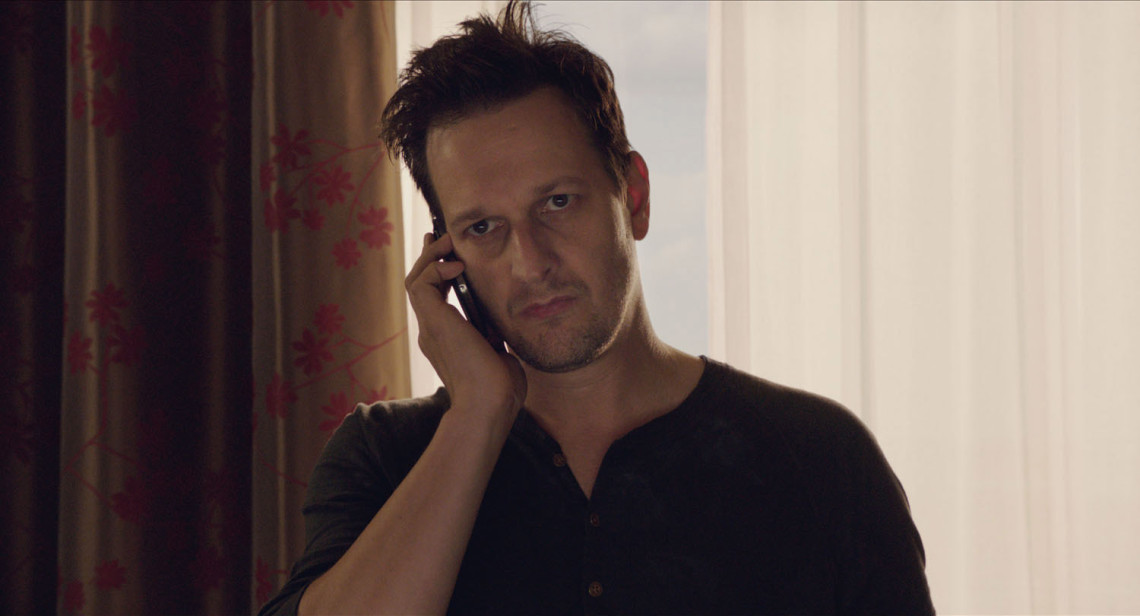 One of the weird paradoxes of film is that those experiences that are the most common and often meaningful in our daily lives are almost impossible to evoke visually in a real and engaging way. The most difficult acts to represent on film in a realistic way are probably sex and prayer, but existential dread — the gnawing restlessness that plagues us all, in varying degrees, for most of our lives — is right up there. It’s so easy to lapse into parody or Malick-lite: shots of empty fields, or someone eating alone staring into space. To make the haunting boredom and curiosity and wonder of life interesting, and more than that, to make it compelling, is an elusive goal. In Bird People, though, director Pascale Ferran (who co-wrote with Guillaume Bréaud) manages to beautifully distill and preserve the essences of doubt and fear and quiet desperation, moving gracefully through a small but honest story. In this way, it plows not into despair but through it, winding up in an uncertain but still hopeful place.

That transition from breakdown to breakthrough is mirrored in the way the film is structured: in two connected halves, each named for its central character. The first half follows the pointedly named Gary Newman (Josh Charles), a businessman who travels to Paris to help negotiate a deal when things start to fall apart: he can’t sleep, he has a massive panic attack, and he generally starts to act like a man about to kill himself. And in a way, he does: he decides to quit his job, leave his unhappy marriage, and stay in Europe. For a high-flying capitalist, that’s really cutting deep. Ferran’s direct but not judgmental about his sheer ability to do this, either, since he’s already well-off and his decision to sell his shares of his company will make him even more secure. Her point isn’t to gloss over his wealth or paint him as someone trapped by it. Rather, her focus is solely on his emotional imprisonment and the means with which he makes his escape. His situation is his own, but his concerns — working at a job that drains him, spending his days fighting and feeling afraid, wondering what else is out there — are universal. Ferran doesn’t dress up his life: everything is shot in drab grays and earth tones, and Newman wears pale, washed-out colors. (It’s not until much later in the film, after Newman’s started to make his new way into the world, that we see him in something brighter.) The conference room where he meets with colleagues is almost daringly ugly for a feature film, packed with office supplies and errant coat racks. His hotel room has the same plastic formality of every hotel room. He’s trapped in a cage he built for himself, paralyzed by unhappiness.

His counterpart is found in the film’s second half: Audrey (Anais Demoustier), a maid at the hotel where Newman is staying. She’s shy, poorer, and introverted — when she half-heartedly responds to a party invitation from a friend, the friend just smiles and says she knows Audrey won’t show up anyway — but just as trapped as Newman. Not so much by status, though that’s part of it (when asked to take on extra shifts, she’s torn between the desire not to be the company’s “slave” and the need for paying work). It’s more that she’s entranced by the world around her and unable to engage with it. She doesn’t really understand her friends or their relationships, and an attempt to just say hi to people passing in the hall goes unnoticed. They look right past the maid; everyone does. As Newman is trapped by his high profile, so Audrey is trapped by her low one. And so, in a moment of magical realism that feels right at home in this intimate, finely carved movie, Audrey turns into a sparrow and begins to fly. Her journey is an often wordless one through night skies, giving the film a dreamlike quality as Ferran puts an actual feeling and experience to the idea of breaking free.

Each half of the film influences the other — their settings overlap, obviously, and sparrows appear in both — but they also feel like discrete chapters. Ferran’s depiction of Newman and Audrey as emotional prisoners seeking liberation is set up in a brief prologue that starts with Parisian crowds obsessing over private hopes and moves to Newman’s and Audrey’s separate arrivals at the hotel. From there, though, they’re on their own, and Ferran’s decision to focus on just one of them at a time underscores each character’s general sense of isolation. Newman’s half of the film is emotionally raw and wounded, while Audrey’s is wistful and imaginative. Newman projects himself into imaginary vistas; Audrey actually flies around in them. On paper, Newman’s story feels rote, even predictable: sad man feels sad, gets vague itch to do something about it. But it’s in the actual execution of this story that Ferran turns what could’ve been cliched melodrama into something more personal and resonant. Charles is great here, too, able to walk the line between detachment and sorrow.

A key to the film’s surprising power comes from Ferran’s willingness to just hold still. Many of the shots are static, done in longer takes than you’d expect to see, but Ferran’s gentle touch and sharp eye (images are composed to be just slightly rumpled, as if the world on screen is still waking up) have a way of making these prolonged moments feel meditative and vulnerable. Bird People is slight but never inconsequential, dreamy but never unbelievable. The first step to Gary’s and Audrey’s liberations, after all, is the same as it is for anybody: to become aware of being trapped in the first place, and to move to locate that restlessness inside you and determine what to do about it.