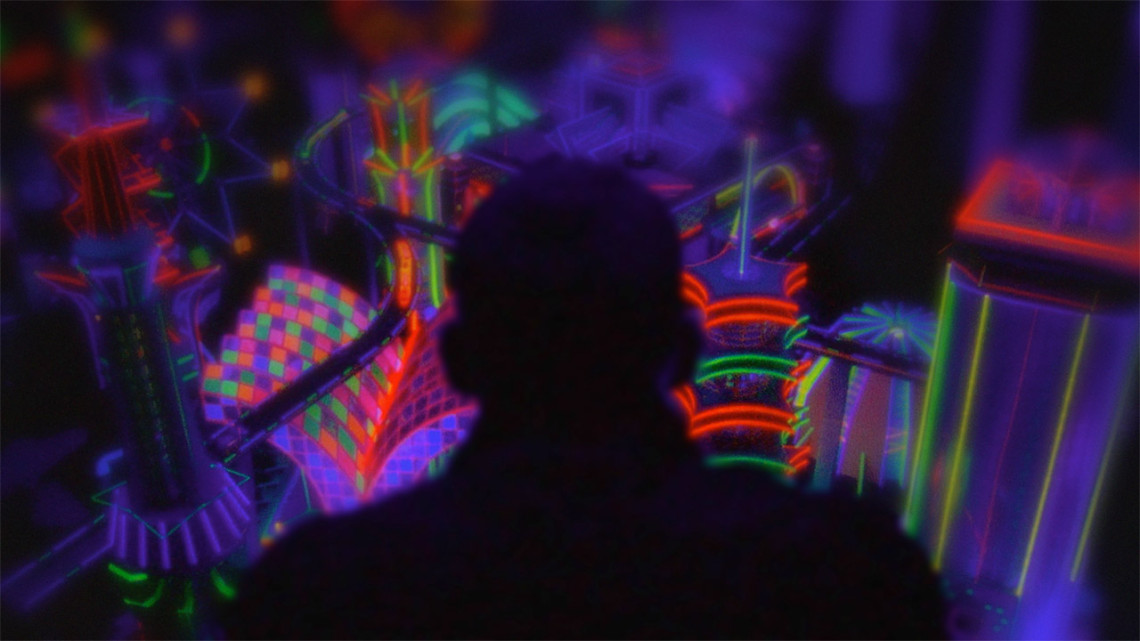 Stand outside of your local cineplex one evening and eavesdrop on people chatting as they exit the theater. It’s highly unlikely that you’ll hear someone grouse, “Damn, I wish that movie had been more difficult to understand.” But inscrutability is by no means an intrinsically negative trait in art. In fact, there are films that would do well to stray farther from the well-worn path of clear-cut understanding. Some narrative films could play better by leaving plot behind and instead committing fully to avant-garde senselessness. In a handful of rare but fascinating cases, a recognizable narrative framework only holds the film back from a realm outside of reason.

Back in the early ‘20s, a group of rabblerousing Dadaist artists decided to test the limits of film and see what they could get away with. They eschewed constructs like dialogue, character and plot as bourgeois conventions and instead focused on gauging the possibilities of a nascent art form. Dziga Vertov’s Man With A Movie Camera may be the best-known example, but big names such as Man Ray and Marcel Duchamp also churned out logic-defying film shorts such as Anemic Cinema that forewent storytelling in favor of mind-expanding formal experiments. These enfants terrible had little interest in bad guy/good guy showdowns or fresh-faced lovers. How could they? There was a dynamic new medium just begging to be turned inside out. This guiding collection of ideas is called Cinéma Pur. The term “pure cinema” crops up in popular criticism today, too, bandied about most recently during discussions of Gravity’s breathtaking cosmic long shots. In the contemporary vernacular, it means something close to “art for art’s sake,” but the crux of the idea is that story becomes extraneous when impressionistic visuals can create an emotional response in the viewer just as effectively.

The aesthetic evolution in narrative coherence offers its latest, most clear-cut example courtesy of two French talents. Directorial team Hélène Cattet and Bruno Forzani debuted with the note-perfect giallo homage Amer back in 2009 and grabbed stateside attention two years later with “O Is for Orgasm,” a standout short in the horror anthology film The ABCs of Death. Their newest release, The Strange Color of Your Body’s Tears, continues the jaw-dropping visual style they’ve established in their small body of work. To Cattet and Forzani, texture is everything. In the film, amorphous sounds and sensuous images communicate information and feeling in a way that couldn’t be achieved through simple dialogue. The film does adhere to a plot, but only in the loosest sense imaginable: A man discovers that his wife has mysteriously vanished and goes on a phantasmagorical investigation around his apartment building to find her. The room-by-room search takes on an episodic rhythm, enabling Cattet and Forzani to turn the screen into a psychedelic art gallery. The sounds of stretching leather and knives scraping skin replace interrogatory conversation. Free of context, they show a widening eye and a knife caressing a nipple multiple times. They pull out every trick in the book, manipulating audio and film exposures, and adopting epileptic red-blue-green flashes of colored light as their signature visual flourish. 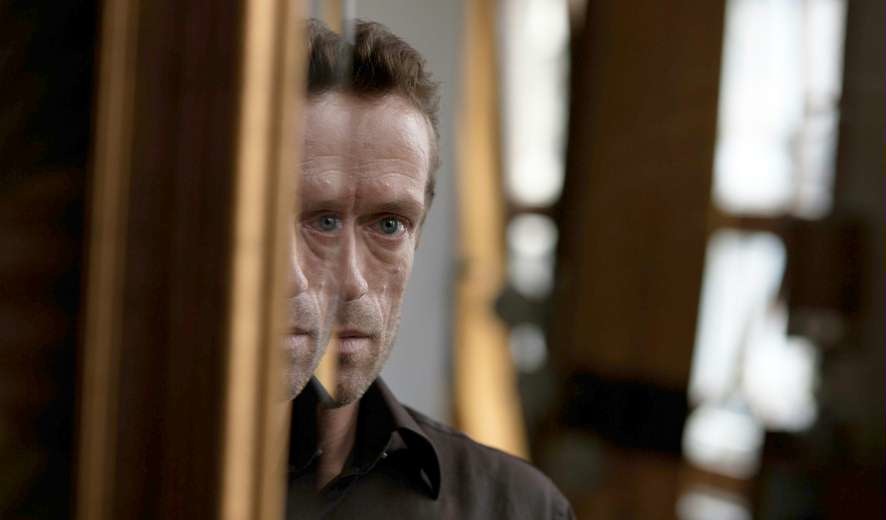 The Strange Color of Your Body’s Tears is a mesmerizing, unforgettable movie—up until its last 20 minutes, when Forzani and Cattet awkwardly scramble to make sense of the dizzying sounds and images they’ve created by stuffing them into a rather well-worn plot. As if in response to a tacit demand for order, the film’s final act hurries to tie up narrative threads and fumbles in the process. The film takes on the appearance of a typical ambient-horror movie, as stale dialogue becomes the film’s main mode of communication and the batshit formal experiments come to an end. If Cattet and Forzani had stuck to their guns to the final frame, it could have been the ultimate portal to a lusher, weirder world. Instead, the film suffers from the imposition of plot upon it.

Both Tears and Amer shamelessly crib aesthetic choices from Italian giallo auteur Dario Argento, who fell victim to the very same misstep even in his finest films. Though his later output would prove to be a pale imitation of his triumphs during the ‘70s, his classics also fell flat when defaulting to a narrative method of storytelling. He frequently mucked up some gloriously lurid horror with distracting, convoluted plots and stilted dialogue. The Bird with the Crystal Plumage, Argento’s first bona-fide masterpiece, finds the director combining the violent and the sexual into one chaotic, erotic swirl. But his artistry meets a screeching halt when the plot backpedals and trips over itself in an effort to put a bow on its central murder mystery.

Outside of the realm of horror, Gaspar Noé’s Enter The Void could have been a magnum opus if it hadn’t been hampered by all of his ham-fisted explanation. Following Noé’s celluloid representation of a DMT trip, a scene destined to play to chemically altered cinephiles for decades to come, small-time drug-dealer Oscar dies and the audience follows along as his disembodied spirit floats over the neon wonderland of Tokyo. He gums up his own work, however, with an excess of needless exposition about the Tibetan Book of the Dead and a thin family melodrama. Noé could’ve entrusted the audience to pick up on the metaphysical game he’s playing without strapping so much explanation onto this weightless film. Furthermore, he jostles the viewer out of the candy-colored hypnosis he spends so much time laboriously constructing when he cuts to a treacly flashback of his protagonist’s gold-tinted childhood near the film’s conclusion. Oscar’s brain-tangling trek into the afterlife does not benefit from Paz de la Huerta’s creaky line readings as Oscar’s stripper sister. She tethers the film’s free-floating magic to an Earth that’s disingenuous and dull by comparison. 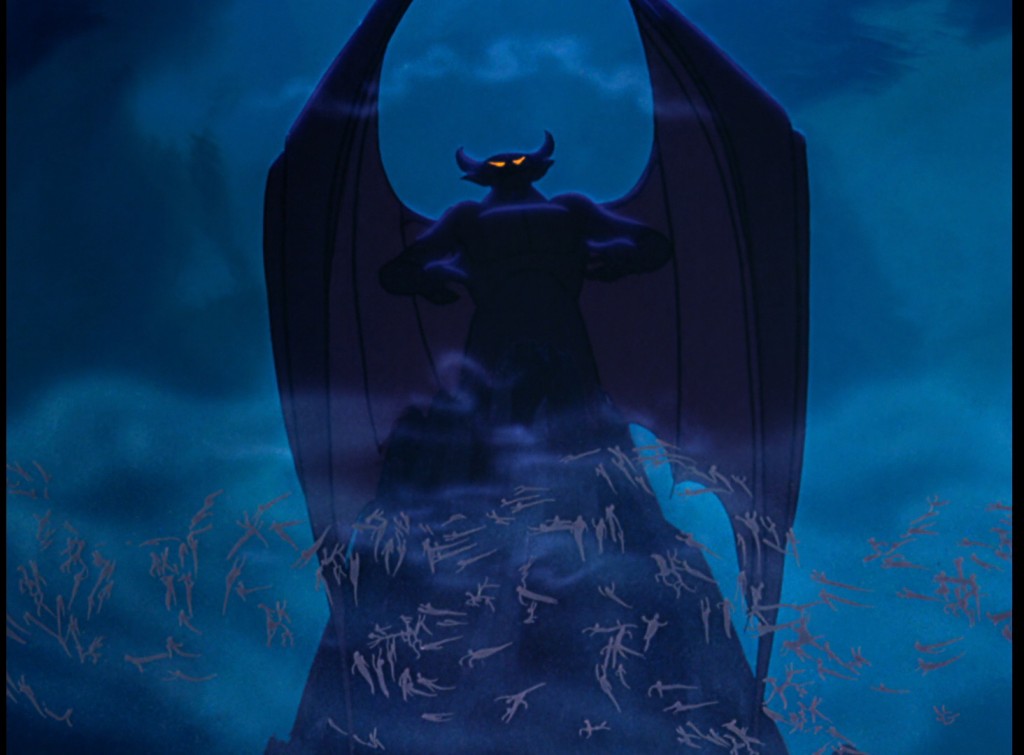 Matters of narrative- and form-based communication aren’t limited exclusively to fancy-pants art films, either. Surprisingly enough, one of the earliest examples of a filmmaker skirting this pitfall was Disney’s Fantasia in 1940. The most popular children’s entertainment factory on the planet released a salute to the fantastical wonders of classical music that ran over two hours, and it’s very close to perfect. Disney smartly leaves plot behind, laying out the film as a series of self-contained visual accompaniments to instrumentals from the Philadelphia Orchestra. The first scene introduces the various pieces of the orchestra through shapeless strokes of color, as if Mark Rothko had lived long enough to get into music videos. The animations that follow show the master at the height of his powers, summoning towering demons and flocks of winged horses from the blank page. Each sequence more closely resembles a moving painting than a nugget of storytelling, freeing up Disney to satisfy his loftiest artistic whims.

All of this is not to say that a movie can’t be half a head trip. Nicolas Roeg, Luis Buñuel, Věra Chytilová and other auteurs have proven otherwise on innumerable occasions. Surreal freak-outs can and have breathed peacefully while coexisting with plot, character and dialogue—indeed, the two strengthen one another when the narrative is sound enough to back up the visual pyrotechnics. The films discussed above illustrate what happens when a filmmaker tries to have it both ways—a full-fledged story and a display of formal finesse—and fails. Pulling off an aesthetically audacious high-wire act requires an artist to minimize his weaknesses and maximize his strengths. When Cattet and Forzani put ample trust in their own powers as master stylists, their films bypass the parts of the brain that process and disassemble. As Strange Color does in its opening salvos, the film taps directly into a potent, primal place located somewhere between the heart and gut. When this method pays visceral dividends, it reminds the viewer why humanity forged filmmaking in the first place: sure, we’ve been telling stories for ages, but when translated into the moving image, they become spectacular.