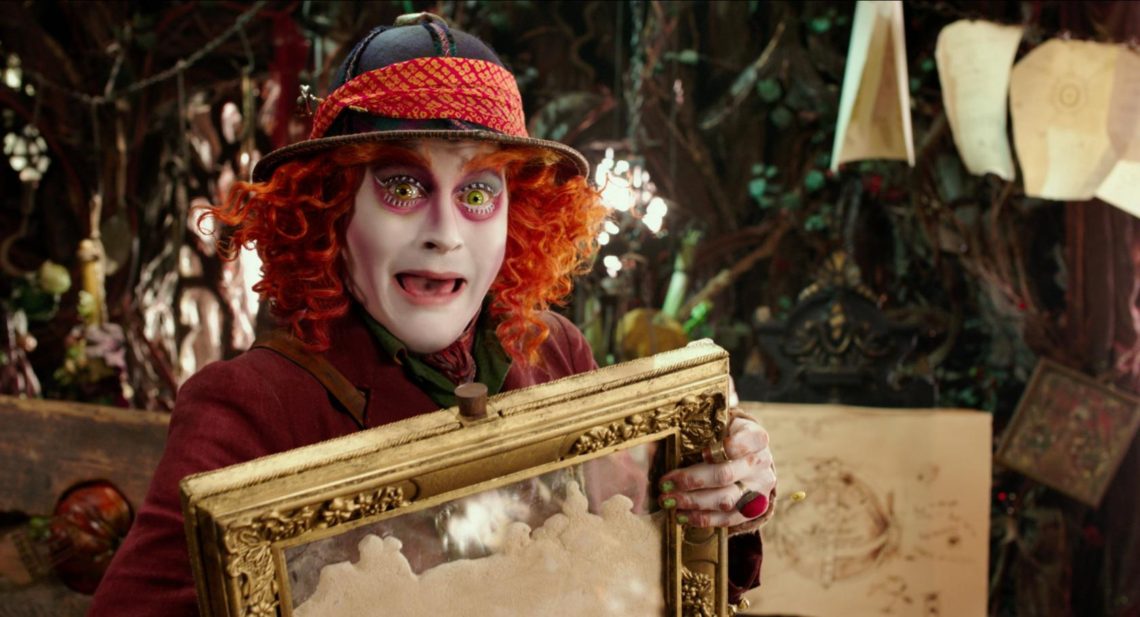 Josh and Gabe are joined by GQ's Scott Meslow on this episode of Mousterpiece Cinema to talk about "Alice Through the Looking Glass."

Oh, frabjous day, dear friends. Callooh. Callay. Yes, there’s only one reason for us to bust out the Lewis Carroll-ese, and that’s because we are going back to Wonderland on this episode of Mousterpiece Cinema! Oooh, sorry, hang on, we’re going to Underland, because that’s what it’s called in the live-action films from Walt Disney Pictures. And yes, that word is plural now, because the 2010 Alice in Wonderland now has a sequel: Alice Through the Looking Glass. It’s got the whole gang back: Mia Wasikowska! Anne Hathaway! Alleged garbage fire Johnny Depp! (Were you wondering if we’d talk about Johnny Depp being an alleged piece of wife-beating trash? WONDER NO MORE.) So Gabe and Josh brought back Scott Meslow of GQ to talk about this sequel and its many, many problems. But maybe this movie’s an improvement on its predecessor? Is it possible? Find out now!

One thought on “Mousterpiece Cinema, Episode 251: “Alice Through the Looking Glass””