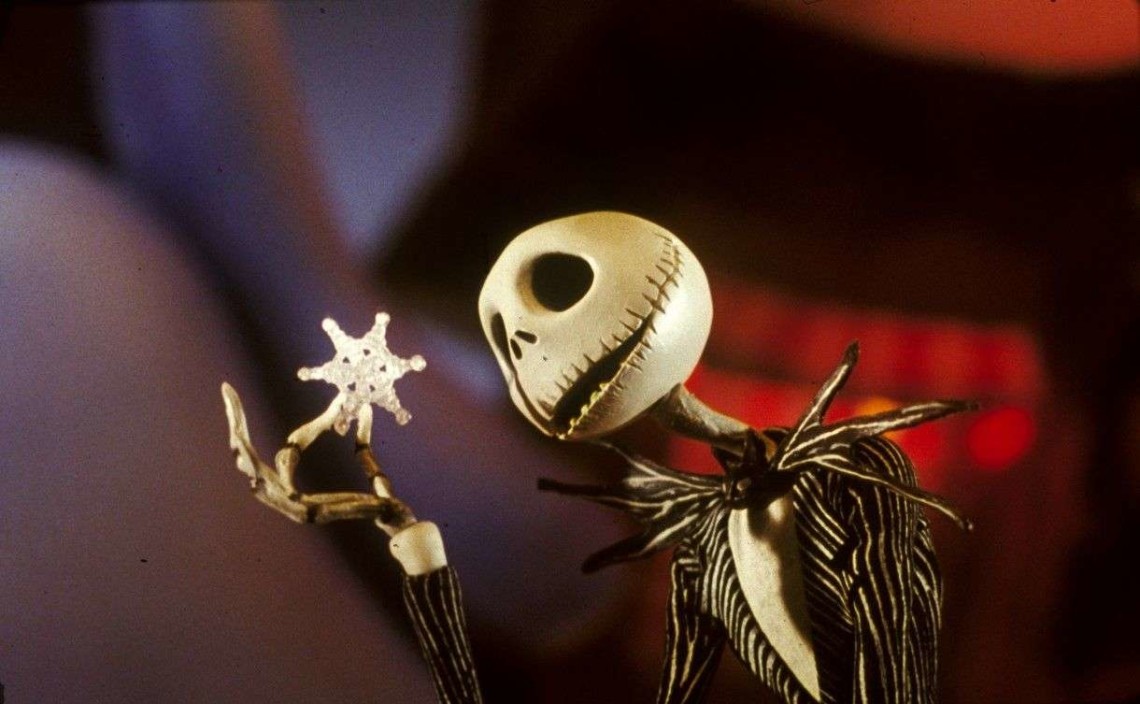 Adult Beginners: “The Nightmare Before Christmas”

Adult Beginner Alissa Wilkinson takes on The Nightmare Before Christmas, the day after Christmas.

About two years ago, having gone to Disneyland for the first time with a bunch of friends from graduate school, I found myself in line for the Haunted Mansion. It was November, right around my 30th birthday. That meant we weren’t just in for a normal Haunted Mansion experience: We were about to enter the Haunted Mansion Holiday, which blends elements of the attraction with characters from the 1993 film The Nightmare Before Christmas.

I hadn’t seen the film—of course—but Christmas and the grotesque have always seemed to go together naturally to me, and in Disneyland, even the grotesque isn’t too creepy. What I remember most clearly is crowding into a room at the start with other visitors and discovering it was an elevator of sorts that sunk down into the attraction. (That was pretty cool.) And though I can’t say I was frightened, that was never really the point: The idea is to experience some nostalgia and mild spookiness, and come out on the other side safe and sound.

Watching any Christmas film for the first time as an adult is not altogether unlike going to Disneyland for the first time as an adult. It’s a markedly different experience than you’d have as a kid, but not in an unpleasant way. Sans nostalgia, a little wiser to the magic, you’re happily free to appreciate it for its strengths and acknowledge its flaws for what they are, while also being coaxed into suspending your disbelief and maturity for a while. The point is to have fun.

So when I watched The Nightmare Before Christmas last weekend, fun is exactly what I had. (It helps that it’s only 72 minutes to begin with, and you can do most anything for 72 minutes.) The film is more like a little opera crossed with a fable than anything else—a tale of misfits who discover that to live well, they don’t need to ditch their weirdness; they just need to figure out how their particular weirdness makes them unique and makes others happy.

That is a pretty good distillation of Tim Burton’s entire deal, and Nightmare is based on a story and characters he created. (Henry Selick directed the film.) That story, unfortunately—also in typical Burtonian fashion—is a bit thin and undramatic, though there’s an interesting and potentially creepy Frankenstein-like subplot complete with Igor. But the characters are marvelously imaginative and weird, with strange eye placement and goopy bodies. There’s a Janus-faced mayor; a giant burlap sack Oogie Boogie man; and of course, Jack Skellington, the king of Halloween Town. At the outset, one expects Jack—and all of Halloween Town, really—to be evil, since they chop the heads off dolls and can’t play any song in a major key. The film’s big twist, however, is that they’re just misguided creatures who want to live in their own version of peace.

But the real star of the film is the stop-motion animation. I grew up watching stop-motion in old episodes of the 1960s and ’70s show Davey and Goliath, and of course later on, there was Wallace & Gromit. But we’re living in a Pixar and DreamWorks world (Team America aside), so, seeing The Nightmare Before Christmas, I forget how gorgeous and tactile stop-motion animation really is. It’s more real somehow—probably because it feels like toys a kid could use to tell their own stories, instead of glossy on-screen magic, participation in which is only available to the few.

Then I remembered, about an hour into the film, that I have actually watched a stop-motion animated film recently: Charlie Kaufmann’s Anomalisa, in theaters December 30. (Here is an interesting interview about how it was made via NPR.) That film is about as far visually from The Nightmare Before Christmas as is imaginable, but they’re both rich in emotional complexity, and the same feeling holds: It’s almost painfully real to watch stop-motion characters who are sad, lonely, confused, or hurting.

Maybe that accounts for the paradoxical instant nostalgia I experienced while watching The Nightmare Before Christmas—that, and its similarity in this regard to a film I did watch at Christmas as a kid, the 1964 Rudolph, the Red-Nosed Reindeer. The film was unfamiliar, but the feelings it evoked were pretty real, and reminded me of being a kid who was just like every other kid: I wanted to fit in, but wasn’t sure how.

If everyone’s a kid at the holidays, that means the magic and wonder is there—but it can mean slogging through some unpleasant feelings, too. I think I’ll be hanging on to The Nightmare Before Christmas for some catharsis, and maybe when my nieces and nephews get old enough, we’ll watch it together, and I can see it again through their eyes.

One thought on “Adult Beginners: “The Nightmare Before Christmas””