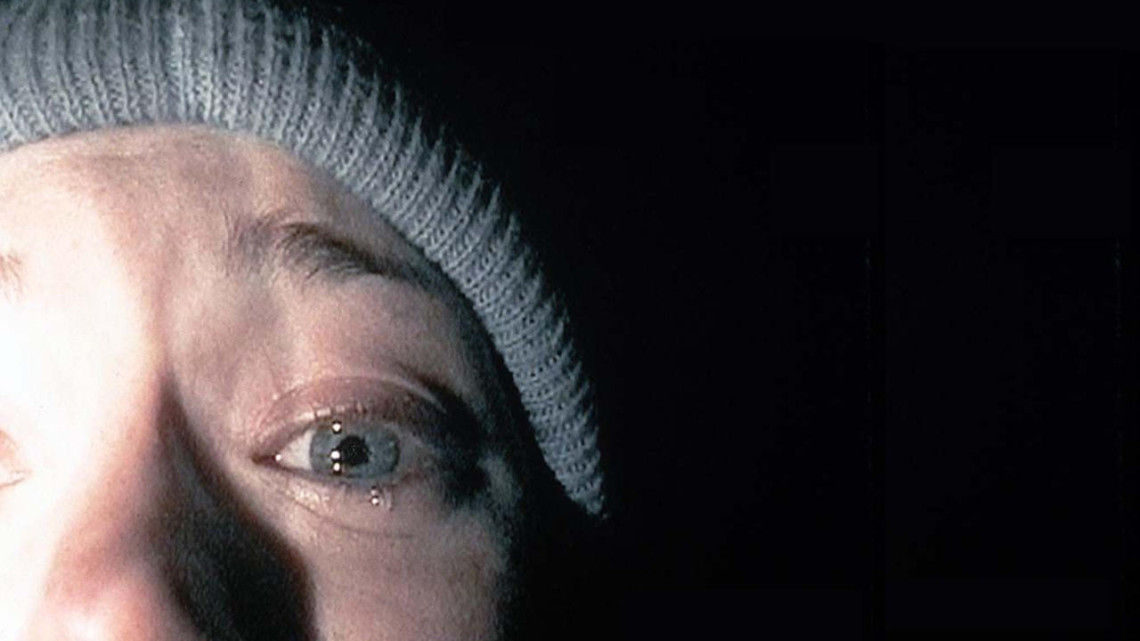 Alissa Wilkinson looks at the iconic 1999 horror film for the first time in the new Adult Beginners.

Every other week, Alissa Wilkinson looks back at an iconic piece of cinema in the Adult Beginners column. The twist? She’s watching each of these films for the first time, approaching them with fresh eyes and mature context. This week, she’s discussing The Blair Witch Project.

I was in high school when The Blair Witch Project was released in theaters, and once I figured out what it was about, I vowed to never watch it. I grew up in the woods, for one thing, three hours north of New York City. Our woods weren’t the sort you’d go wandering around in, not because they were scary, but because there wasn’t much to see. But we lived near the edge of them, and I didn’t want to be awake at night hearing the wind in the branches and thinking about the witch—a fear that unfortunately was realized anyway once I saw the trailer.

Now I’m a grown-up living in the big city, where we have lots of trees but not a lot of woods, and when I lay awake at night it’s probably because I can hear people on the street outside rather than the wind. So when I nestled into the couch recently to finally watch The Blair Witch Project, I was ready. (I kept my oversized stuffed Totoro by my side in case things got scary.)

And—I was okay, though my heart was racing by the end. The Blair Witch Project is a humdinger of horror, skillfully constructed to make us jump at all bumps in the night long after the credits roll.

But what I hadn’t realized is that the fear is almost all of our own making, a steady build-up of dread that keeps mounting. My fear of seeing the film had just added an extra layer to that anxiety. A lot of it is already present when we sit down to watch: We know the title and the concept. I figured I was in for some slashing and scary images and maybe a ghost or something.

Nope. The genius of Eduardo Sanchez and Daniel Myrick’s film—and if you haven’t seen it, you should probably stop reading right now—is that we never see anything. That actually gets kind of frustrating. For long stretches of the movie, nothing really happens (though we know from the title cards that this is headed somewhere). The characters in the film are as frustrated as we are, especially once they figure out they’re really lost. But when things finally do happen, the lack of concrete images of the witch lets our imagination fill in the gaps, and mine is as active as anyone’s.

Part of the film’s success is attributed to its marketing, which attempted to push the film from the fictional into the real world, strongly suggesting it was about real people and that this was real footage. On IMDb, the actors were listed as “missing, presumed dead” for the first year after the film’s release. People debated the veracity of the footage. At Sundance, the filmmakers distributed flyers asking people to alert them if they had any knowledge of the missing students.

A few weeks after watching The Blair Witch Project, I was at a movie theater for the The Witch, which I’d seen a year earlier at Sundance. Robert Eggers’s more recent horror film is as far from The Blair Witch Project as you can get: Whereas Blair Witch is grainy, bumpy, handheld, jumpy, and set in the 1990s, The Witch is set in pre-colonial America, and every shot could be framed and hung on a wall. In The Witch, you most certainly do see the witch, several times, in shots that seem like darkest-timeline Rembrandt. But of course, there’s a similarity between the two: They both involve a witch in the woods, and they’re both calculated to instill as much existential dread as sheer cathartic terror.

One other thing the two films have in common: Their filmmakers recognized that whatever they’d crafted was much scarier if you thought it happened not in some fictional universe but your own. The Blair Witch Project pulled it off with its marketing. The Witch takes a different tack: After you’ve watched the whole tale unfold, framed by the subtitle as a “New England Folk Tale,” the film informs viewers that much of the dialogue and events are drawn from period accounts and trial transcripts of the time.

When I initially saw the film at Sundance, that’s what stuck with me on the long, cold walk home through the woods: not Black Phillip, the devil incarnate, or the vision of the witch in the woods, but the idea that a lot of people not all that long ago were pretty convinced this stuff had happened. I can’t decide if The Blair Witch Project has the same effect—one benefit of seeing it at such a long remove is that I know the actors aren’t “missing, presumed dead”—but just that implication is enough to send a shiver down a person’s spine. Less is more in horror—but if you can convince your disbelief-suspending audience, just for a moment, that no suspension is necessary, you’ve got a hit on your hands.