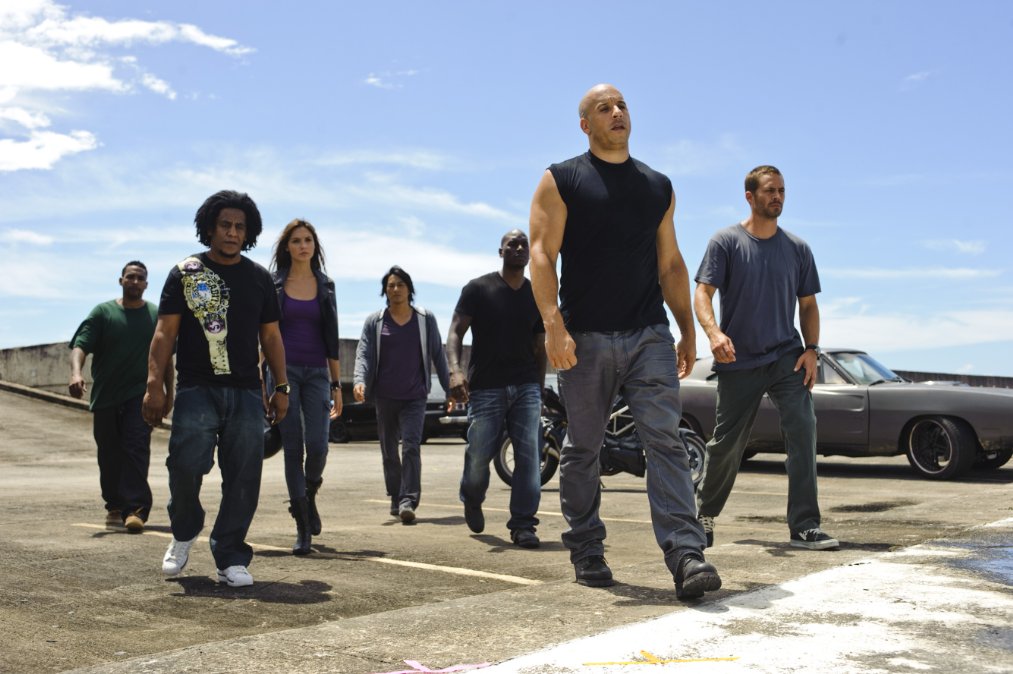 Usually when a studio announces three more films of something, and especially when that means stretching a franchise to ten films, that’s usually bad news. This isn’t though. This is great news. Why? Because the Fast & Furious franchise is the most exciting Hollywood franchise. What other franchise can say that they hit their creative stride on the 5th try? (Fast Five) None. Has another franchise resurrected itself by making 3 prequels to an installment that nobody saw? (Tokyo Drift) No. Has another franchise given me The Rock, Vin Diesel and Jason Statham in the same film? No. Has another franchise managed to move past the death of one of their biggest and most integral stars like this one has? No. And while things aren’t ever as good as they should be in this department, what other franchise features as racially diverse characters with the same levels of importance to the story? Yeah, not a lot of representation competition out there. That’s right, we live in a world where this franchise is doing the best job of it.

Here’s what Universal Pictures chairman Donna Langley had to say:

“We think there’s at least three more. Paul is, and always will be, an integral part of the story. But there are many other great characters, and it’s also an opportunity to introduce new characters. I think it’s still a growing franchise. We’ll see what happens with Furious 7, obviously, but our box office has grown over the past three or four films and internationally, in particular. So we think that there’s more to mine there. But we’re of course very mindful about fatigue.”

Not that I had any fear of the franchise coming to an end anytime soon, but all the same I can sleep a little easier knowing I can expect to see another Fast & Furious movie in the theaters within the next five years. Hell, keep them coming after that. I wanna grow old into retirement with these films. Don’t worry about fatigue when it comes to these films, Langley. That could never happen between me and this franchise.