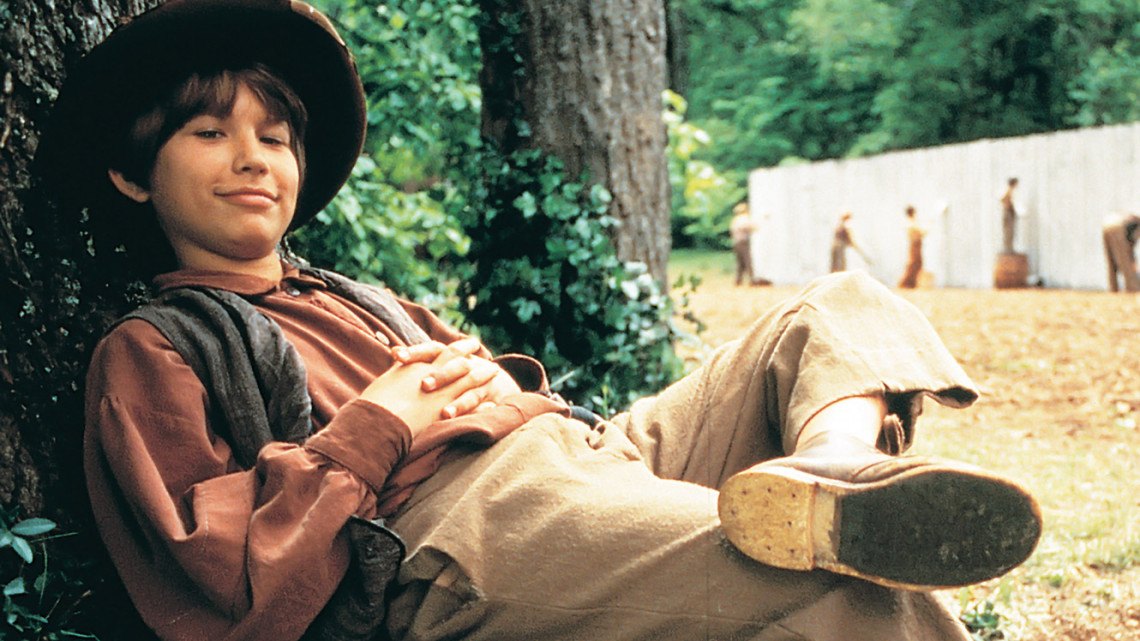 Josh and Gabe talk about the 1995 film "Tom and Huck" on this episode of Mousterpiece Cinema.

Hey, folks! If you were hoping we’d be discussing the Disneynature film Born in China this week on Mousterpiece Cinema, we’re sorry to let you down. (It’s hard to review movies that haven’t opened yet and were inexplicably delayed for a year.) Instead, Josh and Gabe are going back to Hannibal, Missouri to talk about the 1995 film Tom and Huck, starring Brad Renfro and…JTT! Remember JTT? Sure you do, you’re a 90s kid. Yes, Jonathan Taylor Thomas plays Tom Sawyer here, but is it possible that his acting style is too…well, 1990s to work for an old-fashioned character? Does his haircut meet the smell test? And how sturdy are the female performers? Get ready for answers to these and many more questions on the new Mousterpiece Cinema!