On “Trumbo” And Hollywood’s Love Affair With Itself 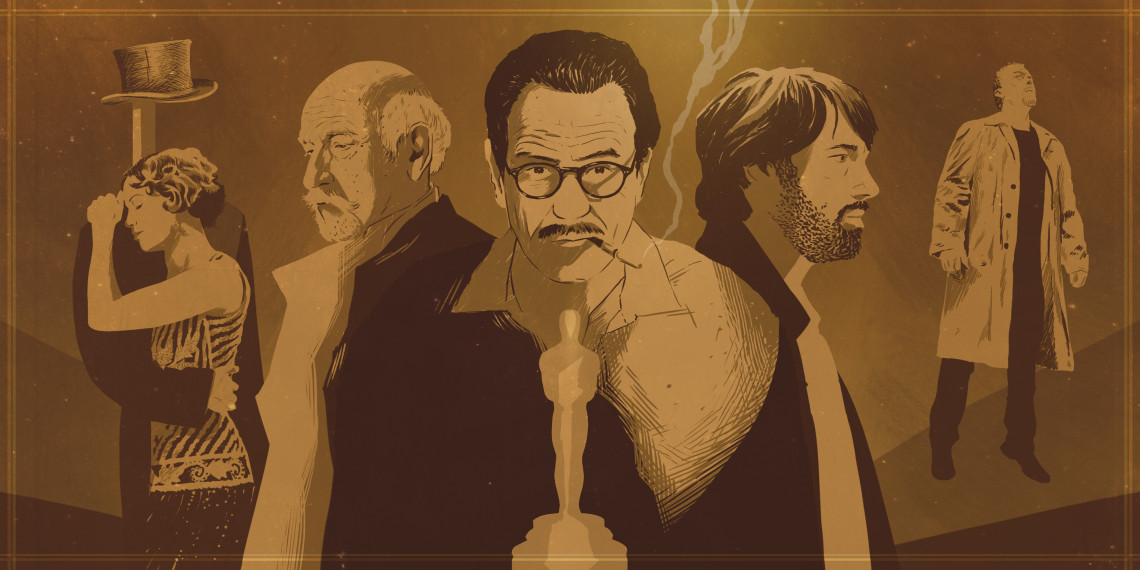 If you’re watching the live broadcast of the Oscar nominations tomorrow morning, you are likely doing so out of hope. Or perhaps out of love. What else would inspire an otherwise-logical human to get up early–really early, at 5:30am PST, if you’re on the West Coast–to simply watch the nominations, which will be available online within seconds, being read aloud? We do so because we care about these movies, and, at that particular moment, there is nothing we want more than to hear the name of our favorite film announced as a contender for the Academy’s Best Picture of the year.

Not me, though. On Thursday, I won’t be looking out for my favorite film of the year. I’ll be looking out for Trumbo–not because I loved it (or hated it, for that matter), but out of pure fascination. The biopic of blacklisted screenwriter Dalton Trumbo provides perhaps the greatest test yet of Hollywood’s recent infatuation with itself. In 2012, Best Picture went to The Artist, a slight, comedic pastiche about a silent film star who falls on tough times as the film industry shifts to talkies (with the arguable runner-up at that year’s Oscars being the cinema-stumping Hugo). In 2013, it was Argo, an efficiently tense pop thriller about how Hollywood producers helped the government save hostages from Iran. The Academy wisely awarded 12 Years a Slave in 2014, although it only narrowly fended off a late charge from Gravity, which is not about the movie industry but the high box-office grosses made Hollywood a pretty penny. And in 2015, the Academy went back to their artist-aggrandizing navel-gazing, awarding Best Picture to Birdman.

That’s three insular tales of Hollywood or an actor-writer-director’s struggle in four years. And before you point out that this has always been an industry in love with itself, consider these facts. Before The Artist, no film about the movie business had ever won Best Picture. Never. In fact, only five other winners could conceivably even be considered to be about show business: Chicago (2002), Shakespeare in Love (1999), All About Eve (1950), The Great Ziegfield (1939), and The Broadway Melody (1929). There may have been good reason that the Academy avoided celebrating showbiz tales in the past. Even though the primary purpose of the Oscars is to promote the industry, people want stories they can relate to, and most of them aren’t in the movie business.

So does Trumbo have a chance? There are some significant arguments against it. While The Artist, Argo, and Birdman each sported some substantial artistic and commercial victories, Trumbo has been loved by almost no one. It earned only $7 million at the box office, which is not terrible given how few screens it was released on but hardly indicates popular support. It received reviews ranging from tepid appreciation to downright loathing, receiving a middling composite score of 60 on Metacritic. And even those who do like it seem to only appreciate the performances. Cranston and Mirren received good notices for their admittedly competent performances, but no one—and I mean, no one—is suggesting Jay Roach should be in the Best Director conversation for his point-and-shoot visual style.

And yet the precursors indicate it will have considerable support among voting members. Bryan Cranston and Helen Mirren were both nominated for Golden Globes, even if they lost this past Sunday. The entire cast was nominated for Best Ensemble at the SAG Awards (Cranston and Mirren were also nominated individually), and, of course, actors make up the biggest voting bloc of the Academy. If this were the old days, when the Academy nominated only five films for Best Picture, we wouldn’t be having this conversation. But if The Blind Side and Philomena can find its way in, why not Trumbo?

If Trumbo does sneak into the Best Picture conversation, it will demonstrate just how narrow the Academy’s tastes have gotten. What accounts for this change? It’s always tempting to look at the Academy as a monolith, but in reality, it is made up of over 6,000 individuals with their own tastes and agendas—all of whom are subject to the same social forces and personal biases as the rest of us. So here’s a theory: maybe Hollywood’s increasing self-interest is a reflection of the same narrowing impulse that has driven American culture and politics these last few years. In his influential 2008 book The Big Sort, Bill Bishop argues that over the past four decades, Americans have been sorting themselves into communities where people increasingly look and behave just like them. More recently, that process has evolved into our online lives, which are quickly superseding our actual lives. We carefully curate our Facebook and Twitter feeds to include those people whom we agree with, or at least think similarly to, and exclude those we don’t. We block, we mute, and we unfriend, and not always because of abusive behavior. More often, we do it because someone simply represents a viewpoint that is foreign or distasteful. Our thinking has become more myopic, our politics more polarized than at any time since the Civil War, and our society as dysfunctional and counter-productive as ever.

So why wouldn’t the Academy fall victim to the same social dynamics? Imagine a voter whose day is filled with conversations, posts, and comments mostly about filmmaking. Surely, they would gravitate to stories about those same themes, and when it came time to vote their conscience, they would inevitably feel drawn to movies about their own community because, to many of them, that’s all the world is.

And really, that’s the only explanation for why Trumbo could earn a spot among the year’s ten best films that makes sense, even to critics like me who love political movies. It’s a film that speaks directly to Hollywood insiders, and if offers them the most generous self-reflection. While Trumbo fashions itself as an exposé of the traumas of the McCarthy era, it presents its history in a purely congratulatory, black-and-white fashion and fails to connect its subject to any contemporary events or issues, which is what we expect from a great historical film. Ultimately, it keeps the industry’s ugly past squarely in the past. The film even closes on a famous speech of Trumbo’s that exonerates those who named names before the House Un-American Activities Committee, smoothing over the rough edges of Hollywood’s ugly history and presenting it as a problem solved. It’s easy to understand why that would appeal to Academy members, but if it wins a chance to earn their highest honor, it speaks to a pervasive social problem that runs far deeper.