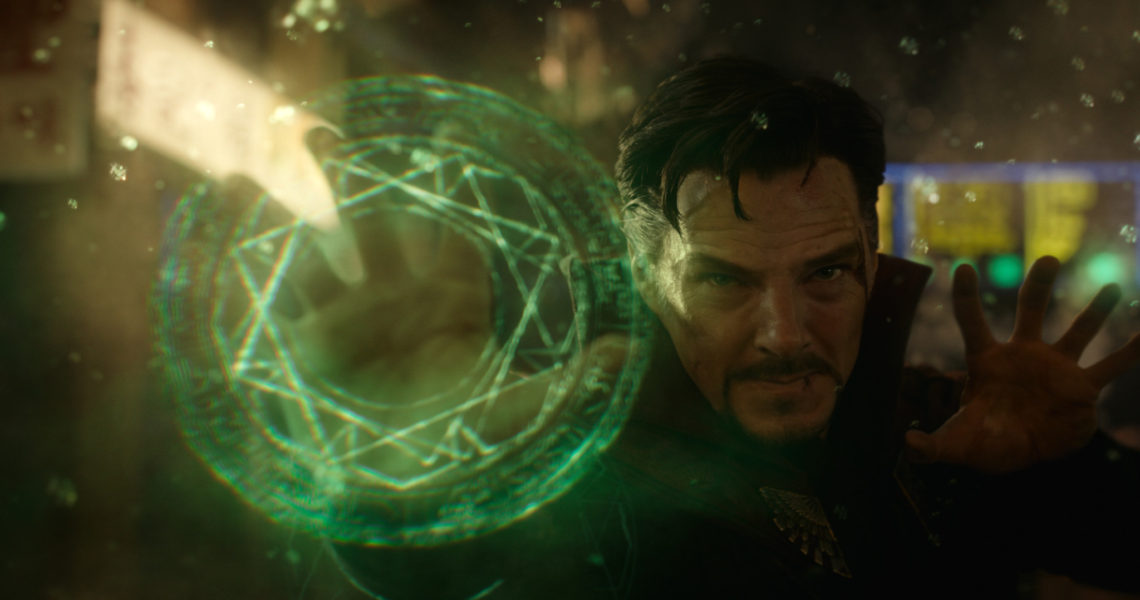 We’re eight years in to the Marvel Cinematic Universe, and the house style has been well established. As the series’ tent-pole entries leading up to Joss Whedon’s The Avengers (2012) went on, any distinctive stylistic flourishes were ironed out in favor of a standardized aesthetic: high-key lighting and a muted and flat color palette that translates seamlessly to both the theatrical output and Marvel’s side-bar of franchise adjacent television programming.

And while your Captains America, your Iron Men, and your Thors have generally maintained the MCU’s aesthetic homogeneity, it’s only when the franchise dips its toe into the more outlandish properties of the brand’s back catalogue do we see some variety, in both visuals and directorial fortitude. James Gunn’s space fantasy Guardians of the Galaxy (2014) was a welcome respite from the Earth-bound drama of the series prior, while Peyton Reed’s lighthearted heist movie Ant-Man (2015) was unmistakably a Peyton Reed film. Thankfully, with Doctor Strange, Scott Derrickson delivers a visually striking Derrickson movie—and quite possibly the best Marvel film of the Cinematic Universe.

Brilliant neurosurgeon Dr. Stephen Strange is as talented as he is arrogant. (Another attribute of the Marvel machine are their consistently excellent casting coups. Benedict Cumberbatch as Strange is no different.) After his hands are debilitated in a car accident and the limits of medical science can’t help him, he travels to Kathmandu in search of alternative solutions, desperate for any cure that will return him to his life as a hot-shot doctor. There, at the temple of Kamar-Taj, he encounters the Ancient One (another perfectly cast Tilda Swinton), who opens his mind to the endless spiritual and mystical possibilities of the “multiverse.”

Like many of Marvel’s superhero origin stories, Doctor Strange is predictably bogged down by the usual expository details and plot-propelling McGuffins. Mads Mikkelsen is barely present as Kaecilius, the requisite “dark” version of the hero—a former student of the Ancient One with Strange-level talent seduced by the evil Dormammu of the Dark Dimension, hellbent on destroying the world. Derrickson blissfully does not dwell on these details, which are only necessary for uniting Strange with the iconic artefacts of his comic-book persona.

What Doctor Strange possesses is an uncommonly cohesive thematic and visual language for a Marvel superhero movie. Strange runs the risk of becoming a carbon copy of Robert Downey, Jr.’s similarly asshole-ish genius Tony Stark, but Cumberbatch draws less on smarm and more on genuine existential desperation manifesting as brevity. It’s a role of-a-piece with both his fame-making turn in Sherlock and with Derrickson’s own overarching thematic concerns. Like the protagonist of Sinister (2012), Strange has to put aside his professional pride in the face of forces much greater than himself.

And great they are. The visual rendering of the multiverse and its multivalent manifestations are dizzying (and well worth seeing in 3D, high praise from someone who would rather strap on Mad Max’s face cage from Fury Road than slap a pair of RealD glasses over her prescription specs). Strange’s trips into the various astral planes of the multiverse vary from colourful abstractions to kaleidoscopic versions of our own world. Also gone is the Marvel televisual house-style, replaced by Derrickson’s low-light aesthetic, put to creepy use in Sinister and otherworldly use here. Doctor Strange is the first truly cinematic Marvel film.

It’s a shame that Derrickson’s Sorcerer Supreme is contractually obligated to cross over into the worlds of the antecedent Avengers. The obligatory mid-credits teaser (noting the existence of which should not by now be considered a spoiler in the MCU, and any complaints to the contrary can be sent to sorry@notsorry.com) was a drag. To open our eyes to the infinite views of Doctor Strange’s universe to only anchor us back down to Earth is a crushing blow. At least for now, we’ll always have Kamar-Taj.