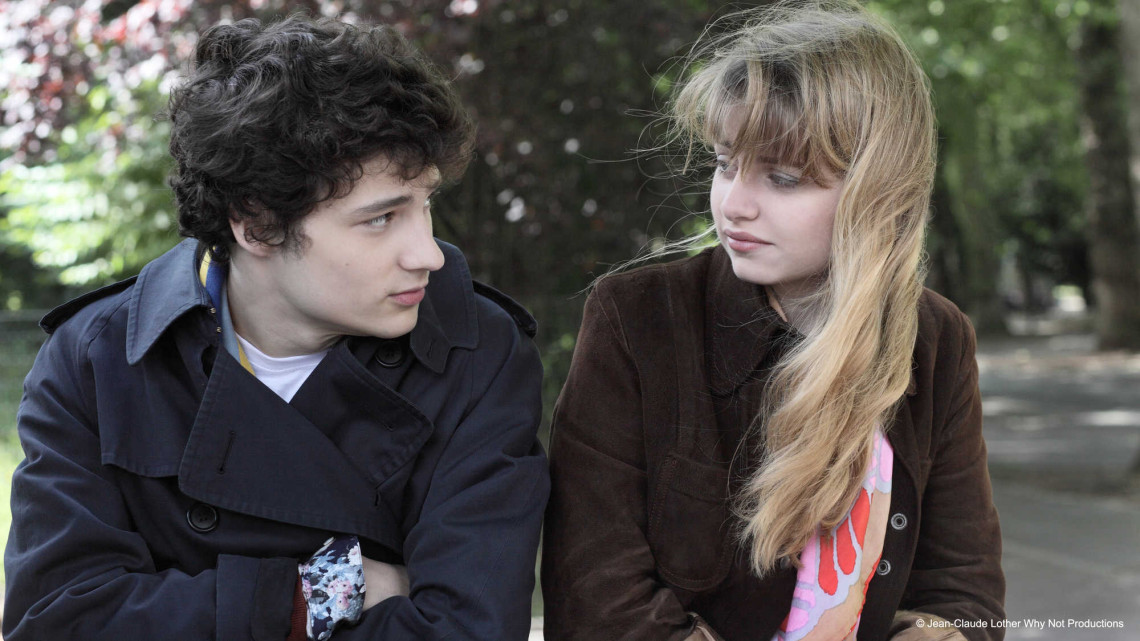 At the close of Arnaud Desplechin’s 1996 epic relationship comedy My Sex Life… Or How I Got Into An Argument, our neurotic, half-awake protagonist Paul Dedalus (Mathieu Amalric) sits on the floor with a naked Sylvia (Marianne Denicourt), his best friend’s girlfriend. While they smile and flirt with each other, a solemn, omniscient narrator details the emotional aftermath of Paul’s break-up with his girlfriend of ten years Esther (Emmanuelle Davis), a relationship Paul spends most of My Sex Life… trying to end. The narrator’s parting words:

“Since leaving Esther, Paul was haunted by the idea that he’d never known her. For ten years, she has filled a role which had existed before her and would exist after. This involuntary cynicism seemed to destroy ten years of memories. He only loved himself…Sylvia, with whom he’d had only a few trysts, whom the rules of adultery forced him to ignore the few times he saw her with Nathan – Sylvia sufficed to changed him. He remembered the idiot he was before she tamed him. If their slight affair provoked such a miracle, then Esther must have thoroughly changed him. Though he was no longer with her, he carried her within himself indelibly. He would always be ‘Paul who’d been 10 years with Esther.’ The old Paul was dead. He did not live for naught.”

This Rothian epilogue signals Paul beginning his life as a man, something he has been putting off for years while he struggles to complete his dissertation, staves off academic jealousy, and juggles numerous complex relationships between close friends and brief flings. It’s his tumultuous, fractured relationship with Esther, a woman who feels so deeply that she’s rendered literally mute when emotionally affected, that taught Paul about the gravity and immediacy of love in all its frustrating complexity. No matter how many beds Paul jumps into, Esther’s spirit hangs over everything. She’s the primary woman in Paul’s life and permanently changes him, even if he doesn’t realize it at the time. The old Paul may be dead, but the “Paul who’d been 10 years with Esther” lives on.

Though the film ends on a quasi-optimistic note, in Desplechin’s latest film My Golden Days, a prequel-of-sorts to My Sex Life…, it’s not clear if Paul has actually changed or just shifted into a slightly different version of the old Paul. Now a middle-aged man, Paul (again played by Amalric) remembers three different periods of his life as he returns to his hometown of Paris after spending a decade in Tajikistan. These Proustian recollections are neither nostalgic nor sentimental despite the semi-mawkish title—the French title, Three Memories From My Youth, is much more appropriate—but rather, they’re perceptive and often painful, albeit not without heavy doses of tenderness and passion. He remembers his childhood when he fights with and abandons his mentally ill mother who eventually commits suicide when Paul is 11; he remembers his early adolescence when, on a high school trip to Soviet-controlled Minsk, he and a friend covertly transport money and passports to Jews hoping to flee the country; but mostly, he remembers the beginning of his long love affair with Esther and how it defined his middle-to-late adolescence more than his many friendships, his sexual trysts, or even his burgeoning academic career.

Played by the captivating Quentin Dolmaire and the spirited Lou Roy-Lecollinet respectively, a young Paul and Esther find themselves caught between the familiar frustrations of small-town life in Roubaix, a working-class city in Northern France, and exciting, big-city experiences in Paris over 100 miles away. In Roubaix, Paul’s quotidian routine of flirting with Esther, embracing her curious disinterest in him, and fending off her many boyfriends have a puppy-love quality to them even at their most emotionally and physically turbulent. But when Paul and Esther continue their affair over letters as he travels to Paris and she remains in Roubaix, their relationship takes on a more bitter, co-dependent dimension. Esther feels lost when Paul is away, finding comfort in the company of Paul’s friends, but when he returns to Roubaix, she often falls back in love with him only to be inconsolable when he leaves. Meanwhile, Paul blames his instability for Esther’s undoing, but finds her neediness and subsequent opacity to be maddening. They both take up new lovers when they’re apart, but neither can stay away from each other for far too long. Though they remain in near-constant contact no matter how far apart, Paul and Esther often talk past each other, using the other as an empty projection for their own inner fears and desires.

While Desplechin slightly softens his raw, aggressive style with My Golden Days, he still employs many of his trademark techniques—the iris shots, the direct address, the occasional split-screen, the uncomfortable medium close-ups, and the quick-paced frenetic editing. Used in My Sex Life… to capture the restless, sprawling nature of Paul’s volatile late-twenties life, as well as his surrounding ecosystem of friends and lovers, Desplechin utilizes them in My Golden Days as a way to capture the fractured, half-snapshot nature of early youth. The act of recollection has less to do with the memories themselves and more to do with how different moments in our past congeal to create a tenuous whole. It’s not just that the three memories in My Golden Days have very different moods—Truffaut-esque family tragedy, Cold War adventure thriller, and Desplechin’s own brand of spiky relationship drama—it’s that Desplechin peppers those memories with a cinematic instability, an urgency that derives from the tension between the act of remembrance and its painful effect on the present. The old Paul is indeed dead, but he’s still very much alive in the mind of the new Paul.

Despite its obvious connection to My Sex Life…, My Golden Days functions as a stand-alone film for no other reason than Desplechin has little regard to exact continuity, i.e. Paul is now an anthropology major as opposed to a philosophy major, and the timeline of the events in the latter don’t quite match up with the ones in the former. However, the constant dialogue between the two lends emotional gravity to My Golden Days that cannot be denied. It shades in more details of Esther’s emotional distress introduced in My Sex Life…; it expands on Paul’s adrift mentality by illustrating the traumatic catalysts for his life choices (he begins his doctorate in the fog of his professor and mentor’s sudden death); and primarily, it depicts Paul and Esther’s humble beginnings when they were trying to break down the walls between them with affection instead of being content with the division in their lives. There’s a beautiful scene in My Golden Days where Paul and Esther sit on a bench with a clear shot of the Eiffel Tower in the background; Paul tells Esther her intelligence doesn’t repel him, and Esther tells Paul that she won’t use her strength to sustain him. They embrace amidst their half-caustic statements, bringing them closer together while laying the groundwork for their long-in-the-making break-up.

While the young love between Paul and Esther gives much of My Golden Days its radiance and fervor—indeed, it’s one of the most nakedly passionate on-screen romances of the year thus far—it’s Amalric’s brief bookending appearance as the older Paul that provides the film with a melancholic edge. While the older Esther is nowhere to be seen, Paul keeps his first love by his side all the while wandering the streets of Paris in an all too familiar haze. He remembers how he gave his passport and identity to a young Jew in dire straits back in Minsk, and how there are two Paul Dedaluses in the world. Which one is he? What kind of life did his twin leave? Was he also burdened by heartbreak and aimlessness, a sort of perpetually uncertain existence? Desplechin’s Paul Dedalus never quite finds inner peace despite being changed by the women in his life. The old Paul is dead, but Paul remains the same.