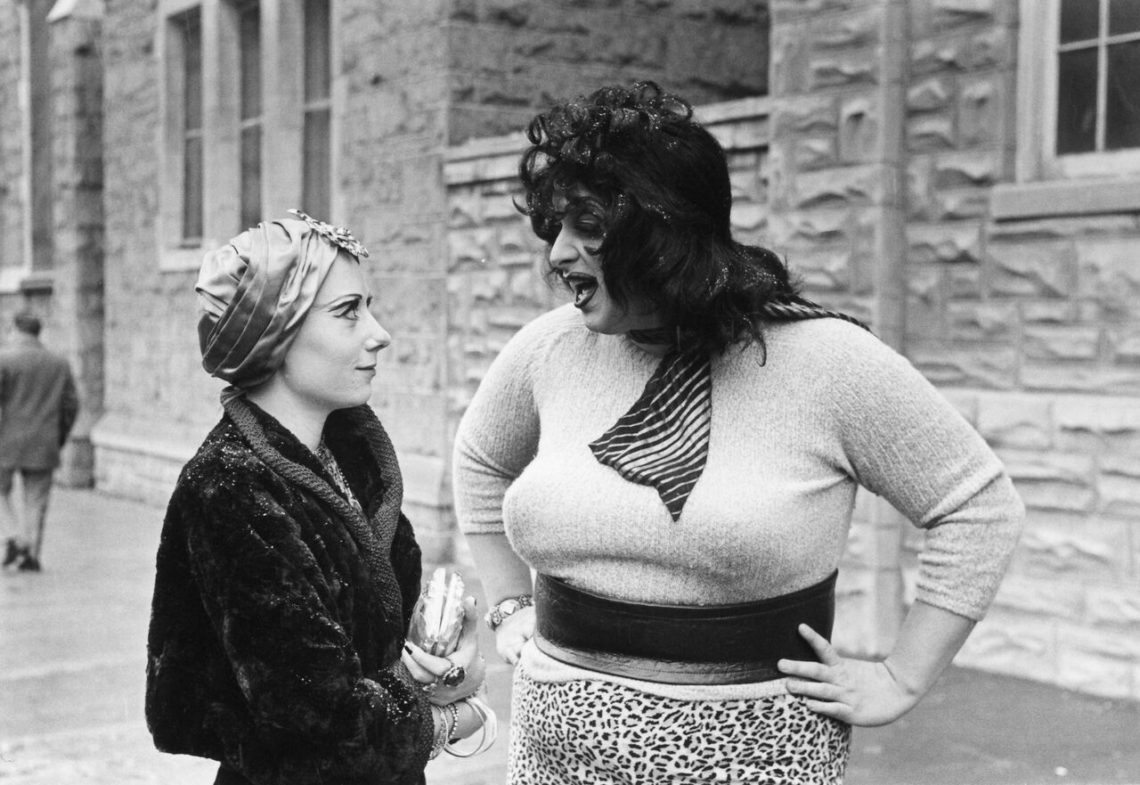 On the eve of a restoration of John Waters' "Multiple Maniacs," Kyle Turner writes about the new era of camp in pop culture.

In John Waters’ second feature Multiple Maniacs—which will be released in a new digital restoration courtesy of The Criterion Collection in New York on Friday—the following transpires in a span of 15 minutes: Lady Divine (Divine) verbally eviscerates her lover, Mr. David (David Lochary), who has been cheating on Lady Divine with Bonnie (Mary Vivian Pearce), in an elegantly long-winded attack; she then literally eviscerates Mr. David, feasting on his entrails with a, ahem, maniacal grin on her face; she then stabs her lover, Mink (Mink Stole); she is then raped by a lobster named “Lobstora;” then Lady Divine runs about Baltimore in the snow; and in the grand finale, she is killed by the National Guard in front of a store on the streets of Baltimore as Kate Smith belts “God Bless America.”

It’s hard to think of anything as proudly, extravagantly tasteless in cinema today as that sequence of events in Waters’ 1970 film. As they say, they don’t make camp like they used to.

Susan Sontag was, of course, the first to try to define camp and articulate its existence as an aesthetic phenomenon. In her classic 1964 essay “Notes on Camp,” she wrote that camp “asserts that good taste is not simply good taste; that there exists, indeed, of bad taste.” She continues, “The old-style dandy hated vulgarity. The new-style dandy, the lover of Camp, appreciates vulgarity. Where the dandy would be continually offended or bored, the connoisseur of Camp is continually amused, delighted.” Very loosely, camp aesthetic embraces that which the elitists and those in the upper echelon turn their noses up, often when it aspires to be of the same kind of greatness that the elitists adore. How this translates into practice, though, is difficult to fully pin down. As Justice Potter Stewart once said about porn, “I know it when I see it.” 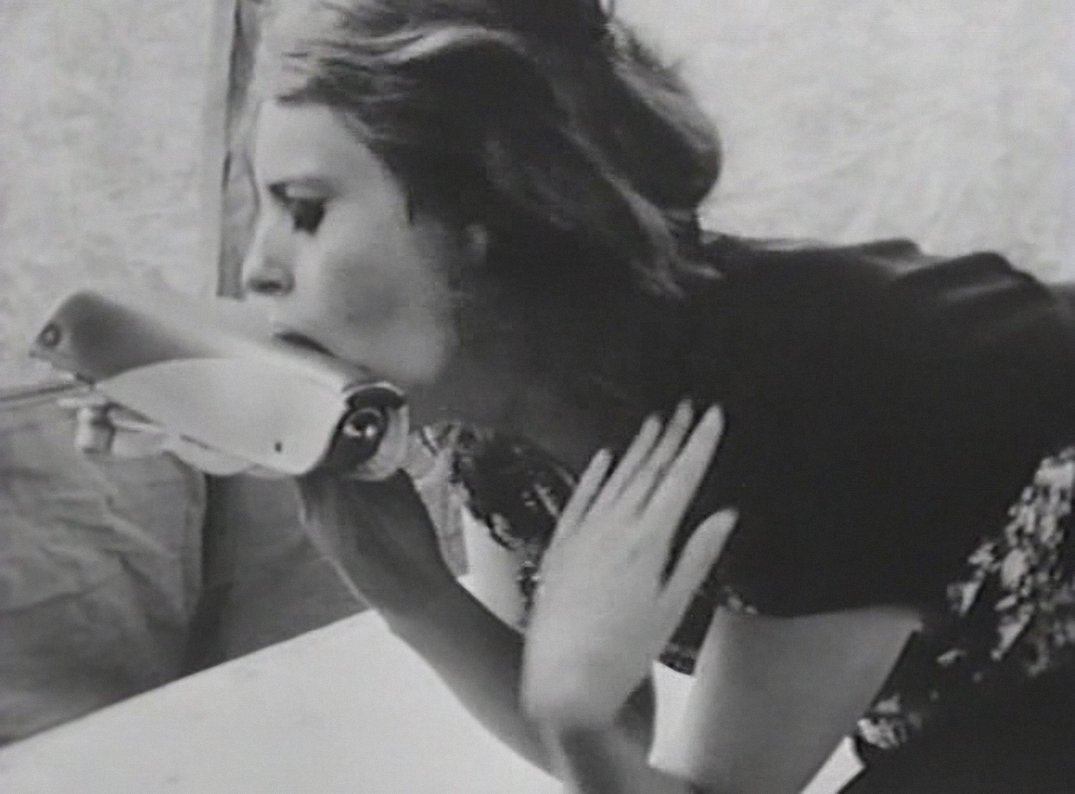 But Sontag herself admits “a sensibility is one of the hardest things to talk about.” We do talk about it, sort of, calling everything that is wrought with inane melodrama “campy,” from “True Detective” to Black Swan (neither of these assertions are necessarily incorrect). But what was once described as “a private language” (per Emily Nussbaum), a tool to bend the respectable, moral norms of the strict binaries of society that bled through and informed art and culture, is now burgeoning on becoming kind of mainstream. The entities that were once considered campily transgressive, like The Rocky Horror Picture Show, are no longer the niche objects that they once were. Rocky Horror, in particular, has spawned an enormous fandom; a themed episode of “Glee” (more on Ryan Murphy later); board games; and, this fall, a quasi-remake on Fox starring Laverne Cox as Dr. Frank N. Furter. “RuPaul’s Drag Race,” LogoTV’s most watched show, interrogates the very idea of whether drag, one of the foremost examples of camp performance, can be mainstream or not. In the era of Edward Snowden, the private—in this case, the codes of camp—is now public.

Yet, camp in film does not seem to occupy as much of the conversation as camp on television. It’s been over a decade since John Waters has made a film, and spectacle in film is far less self-aware than before. More than that, spectacle is divorcing itself from its relationship with artifice, trying more and more to approach a sort of realism, even within the universes of Marvel and DC. (Deadpool made me think about what camp might look like in the context of superhero movies, though perhaps Guardians of the Galaxy is a better example.)

On television, though, while you won’t find someone performing a “Rosary Job,” as Mink Stole does on Divine in Multiple Maniacs, you will find someone being raped by a demon wearing a drill-bit strap-on, while mere moments later Lady Gaga will seduce and swing with a couple before feasting on their blood. These events occurred on “American Horror Story”’s most recent season, “Hotel.” Should The New Yorker, Vulture, and Esquire be believed, the primary arbiter of camp in contemporary culture is Ryan Murphy, the gay showrunner of “AHS,” “Nip/Tuck,” “Scream Queens,” and “Glee.” True, the carnivalesque approach to performance and aesthetics is there, but what of Murphy’s self-awareness? 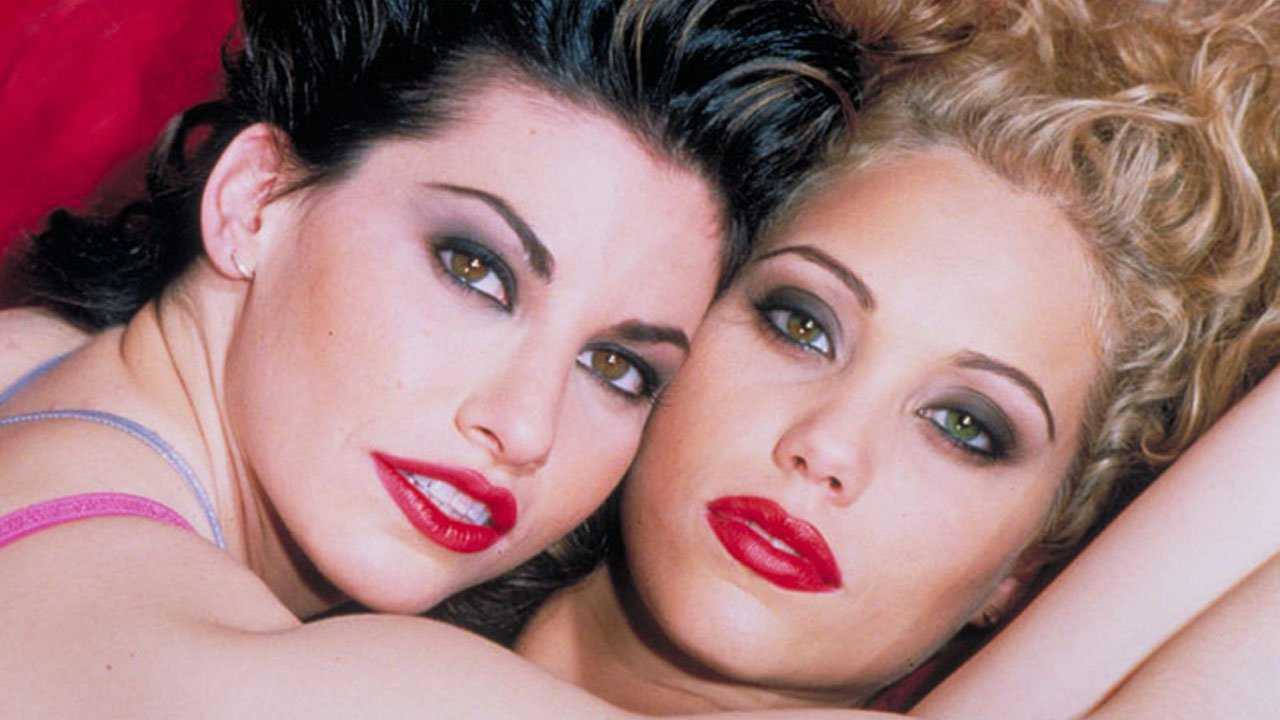 To what degree camp can be self-aware while still being transgressive is up for debate, not unlike making a “good bad movie”: If you try, you’ve automatically failed. You could not attempt to do another Showgirls, and Paul Verhoeven’s film has endured in its gloriously bad campy way because of its earnestness, so the argument goes. Both Showgirls and Ryan Murphy’s work are outrageous, performative, loud, melodramatic, and deeply spectacular. But while Murphy’s brand of camp seems too forced and effortful, Verhoeven is too caught up in its dazzling pageantry and dizzyingly nonsensical internal psychology to be concerned with issues of self-awareness.

Perhaps Murphy’s objectives are different. Nussbaum opines, “Murphy has taken this vernacular of the closet, and bent it, hard, toward an era of outness.” What happens when you bend something that was a) already bent and b) in the direction of something vaguely resembling assimilation or normalcy? To one degree or another, “Glee,” “AHS,” and “Scream Queens” are about acceptance, with occasional moments of debate over it. The subtext is often, “be who you want to be, but a slightly normalized version of it.” Its aesthetic reflects this perspective: When “AHS” becomes a visual onslaught of Dutch angles, sweeping zooms, and quick cuts in the pilot episode, it quickly becomes so consistent with a given season’s style that it feels normal, the camp drained out of it. While Andrew Haigh’s (Weekend, 45 Years) work doesn’t really seem to fit under the umbrella of “camp” (he is a naturalist), as K. Austin Collins writes about Looking: The Movie, he does pose important “questions about the worth, and the limits of normalcy… Normal or not, queerness has become an immovable fact of public life, if not of public acceptance. The desire to make it ordinary is part of that, but it’s a specific part, and as a desire, it’s in conflict with the world Haigh’s art is about.” Outness is not mutually inclusive with assimilation, but Murphy’s aesthetic identity walks a fine line that feels like a kind of ambivalence, and, at times, a desire to turn camp—a sensibility of the outsider—into something ordinary.

Worst-case scenario, camp might be losing its subversiveness. Regarding the difference between parody and pastiche, Fredric Jameson argues, “Pastiche is, like parody, the imitation of a peculiar or unique style, the wearing of a stylistic mask, speech in a dead language: but it is the neutral practice of such mimicry, without parody’s ulterior motive… Pastiche is blank parody, parody that has lost its sense of humor…” While camp hasn’t lost its sense of humor, it may feel increasingly emptier, an idea explored in Jim Hansen and Jeffrey Self’s gay horror/romantic comedy You’re Killing Me, in which its gaggle of white gay men thrive on reproducing the empty artifice of New Camp for YouTube views.

Intentions notwithstanding, there are still some flirtations with genuine camp in film. Take Guy Ritchie’s The Man from U.N.C.L.E., a film so keyed into a delicious artifice that its veins seem to be pumped with vodka cranberries. Based on the 1960s espionage show co-created by Ian Fleming, Ritchie, consciously or otherwise. performs what queer theorist José Esteban Muñoz calls “disidentification: using the majoritarian culture as raw material to make a new world.” If the majority of spy stories are about the ways in which straight, white men fit into a real world in an escapist lens, Ritchie’s film reassembles that notion into something that’s like a parade of contrivance, almost like heteromasculinity itself. It’s unbelievably slick and polished, adores the concept of the perfected image, and, not unlike Todd Haynes’s explorations in identity, constructs for itself a very queer world using ostensibly straight material. There is Henry Cavill’s archness as Napoleon Solo, a performance that calls attention to itself with the same kind of delightful showiness Mink Stole displays in her monologues in John Waters films. There’s Elizabeth Debicki playing villainess Victoria Vinciguerra as if she’s on “RuPaul’s Drag Race” lip-synching for her life. And there is the homoeroticism between Cavill’s Solo and Armie Hammer’s Illya Kuryakin, which plays with a tête-à-tête that’s been shaped (relatively recently, I think) by fanfiction that specializes in queering heterosexual storylines and characters. What matters more than the nonsensical plot is the mounting tension between Solo and Kuryakin, where traditional masculine competitiveness becomes externalized through toys and physicality. While The Man from U.N.C.L.E. feels fluent in a kind of camp language, it doesn’t try to normalize it, nor does it try to make its “outness” ordinary. It is sharp and frilly, like wearing a boa and nail polish and a three-piece suit. 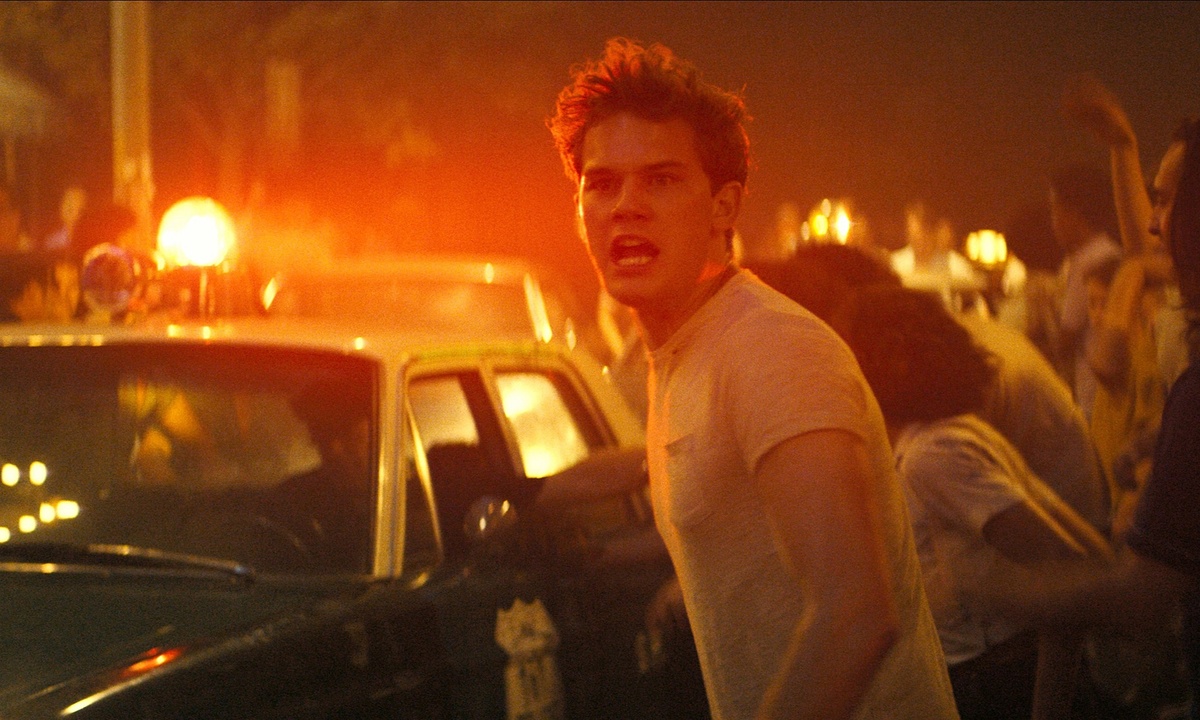 But then there’s Roland Emmerich’s Stonewall, which operates on a level where its campy moments are probably unintentional and, conversely, its earnest moments are very campy. Emmerich aimed to tell a serious story of how a (wholly fictional) young man, catalyzed by the birth of the LGBTQ-rights movement, reconciles with his sexual identity, chronicling all of the character’s desperation and melancholy along the way. But with the cheesy faux-verisimilitude of some of its scratched-up film footage and its community-theater-informed design of Christopher St. and its surrounding areas, its attempt to bring melodramatic weight to the plight of a hot, white, masculine All-American Boy—presenting a scene of him receiving sad oral sex in an alleyway from an old man as the height of tragedy—came off as mostly ludicrous, an insult to the struggles of the real queers involved. And yet, there is something strangely awe-inspiring about Emmerich’s treatment: It’s offensive on many levels, but gloriously so (something I would not have argued a year ago). If Stonewall, which was severely maligned upon its release, is to live on at all, it will not be for its contribution to the narrative of interesting queer cinema or a “worthy” retelling of the Stonewall Riots, but as a strange camp object of misdirection and pseudo-prestige.

A post-John Waters world might implicitly mean one that continues to debate the politics of respectability, the very thing that Multiple Maniacs, and Waters’ oeuvre in general, challenges. With the prominence of organizations like GLAAD that are concerned with LGBTQ depictions, the language of queer culture, and camp in turn, has changed and continues to mutate, loosely either in favor of this respectability or against it. While the academics roll around debating the dialectics of camp, its actual prominence in the mainstream is shifting to a point where the codes of queerness are becoming more paradoxical: easier and harder to unlock. Television will continue to use camp, both as a way to navigate issues of assimilation and normalcy and as a language known to the other. Film has its Wachowskis (Jupiter Ascending, a space opera which features Eddie Redmayne screaming at the top of his lungs whilst shirtless), its Lee Daniels (The Paperboy has a beautiful lurid performance from Nicole Kidman, who at one point pees on Zac Efron), and its Park Chan-wooks (Stoker has Mia Wasikowska coming as she replays breaking someone’s neck in her head). And, of course, you have your Haynes, Pedro Almodóvar, Gregg Araki, Mary Harron, and Jamie Babbit. Camp still exists, but, like the politics of queerness itself, it’s continuing to change: recontexualized and interrogated like an ever-mutating identity. Here’s hoping, though, that camp will retain its discomfiting outsider power even as it teeters on the verge of mainstream acceptance.