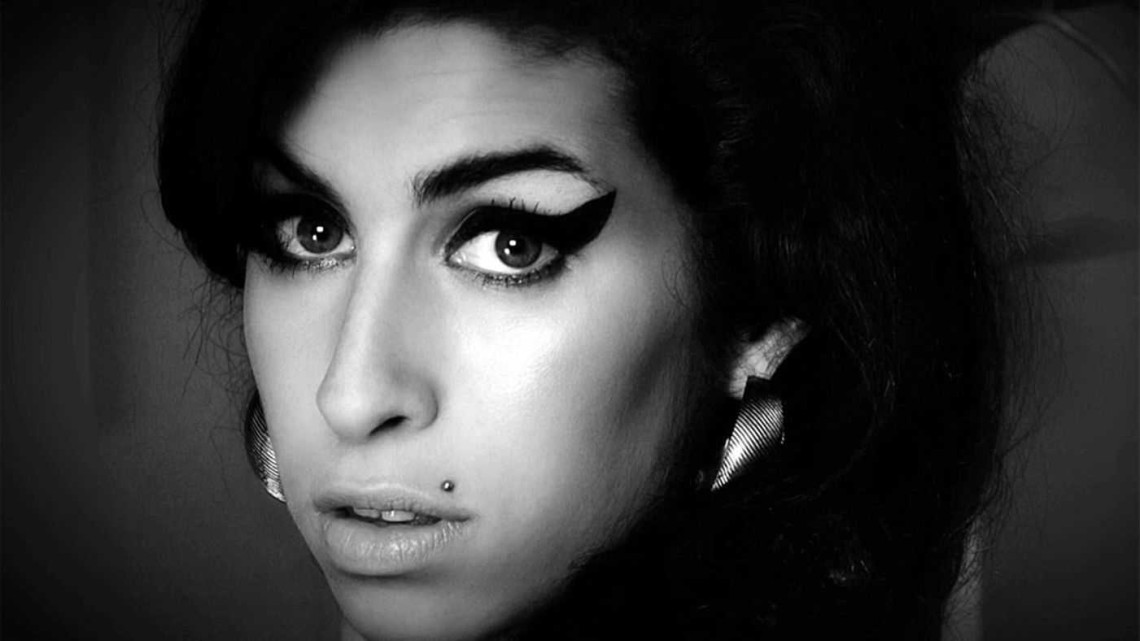 It’s not easy for a filmmaker to take on a documentary subject as delicate and complex as a dead musical icon, particularly when they’ve reached mythic proportions in the popular imagination. With tragic figures as well-loved as Kurt Cobain or Amy Winehouse, the truth is surrounded by a protective membrane of tabloid cliché and invented narrative. The mystique of the self-destructive artist is so trite that it distances fans from any more individual or profound meaning about the life or work of the person in question. For the documentarian, such subject matter requires great instinct, ferocious honesty, and a light-fingered touch. Asif Kapadia makes an ambitious and moving effort in his new film Amy, where the task is largely to cleave the singer from enforced iconography and allow her to inhabit the real world.

Kapadia takes care to show the singer’s most down-to-earth self, cutting together tons of intimate home footage of Amy at 14, then 18; she’s carefree, mouthy, and unusually charismatic for a teenage girl. This sensitively compiled footage is endearing and funny, but grows accordingly darker as the footage shows Winehouse being cajoled and harassed by the insistent tabloid media. As she becomes lost in an abyss of drug and alcohol addiction—with her poor health exacerbated by long-term bulimia—her loved ones’ helplessness and desperation is clear. The film dispenses with the talking-head format, a choice which keenly avoids any sense of misplaced paternalism. Instead, the lithely edited film offers viewpoints in voiceover, whether it be Amy’s first manager, Nick Shymansky, her father, Mitch Winehouse, or two of her closest childhood friends.

Both Kapadia’s film and this year’s Kurt Cobain: Montage of Heck (directed by Brett Morgen) employ strikingly different strategies to cut through the larger-than-life image of each musician. Montage of Heck uses more flamboyant visual techniques, cross-cutting between Cobain’s personal recordings and diary entries with inspired animation segments. The film serves up a version of events from Kurt’s life and childhood to present a compelling case for him as a whip-smart, painfully insecure and almost manically creative young man. An iconoclastic vision of the musician as eternal outsider, Morgen digs up unseen recordings and private home footage in much the same way Kapadia does. When Courtney Love arrives on the scene, Kurt is so heedlessly smitten that he’s forever on the verge of traumatic heartbreak. He can’t function without her, and the film is intelligent in not immediately pointing an accusatory finger at anyone.

A crash-and-burn love affair was also, arguably, the defining event of Amy Winehouse’s short career. Interestingly, both singers have been painted by the media in a similar light, as sensitive victims dragged down by careless, parasitic significant others. Montage of Heck goes some way in trying to dispel this, offering a more nuanced portrait of Kurt and Courtney’s relationship. Kapadia’s film is less generous to Winehouse’s other half, Blake Fielder. He may well be human refuse — but given how deeply the singer loved him and how mutually addicted the couple seemed to be, blaming Fielder for contributing to her death almost seems beyond the point. Mitch Winehouse hardly gets off easy, either; when asked about his daughter’s addictions or his own absences he appears gruff and unable to be reflective. At worst, he seems more interested in reaping the benefits of his daughter’s fame than attending to her well-being. 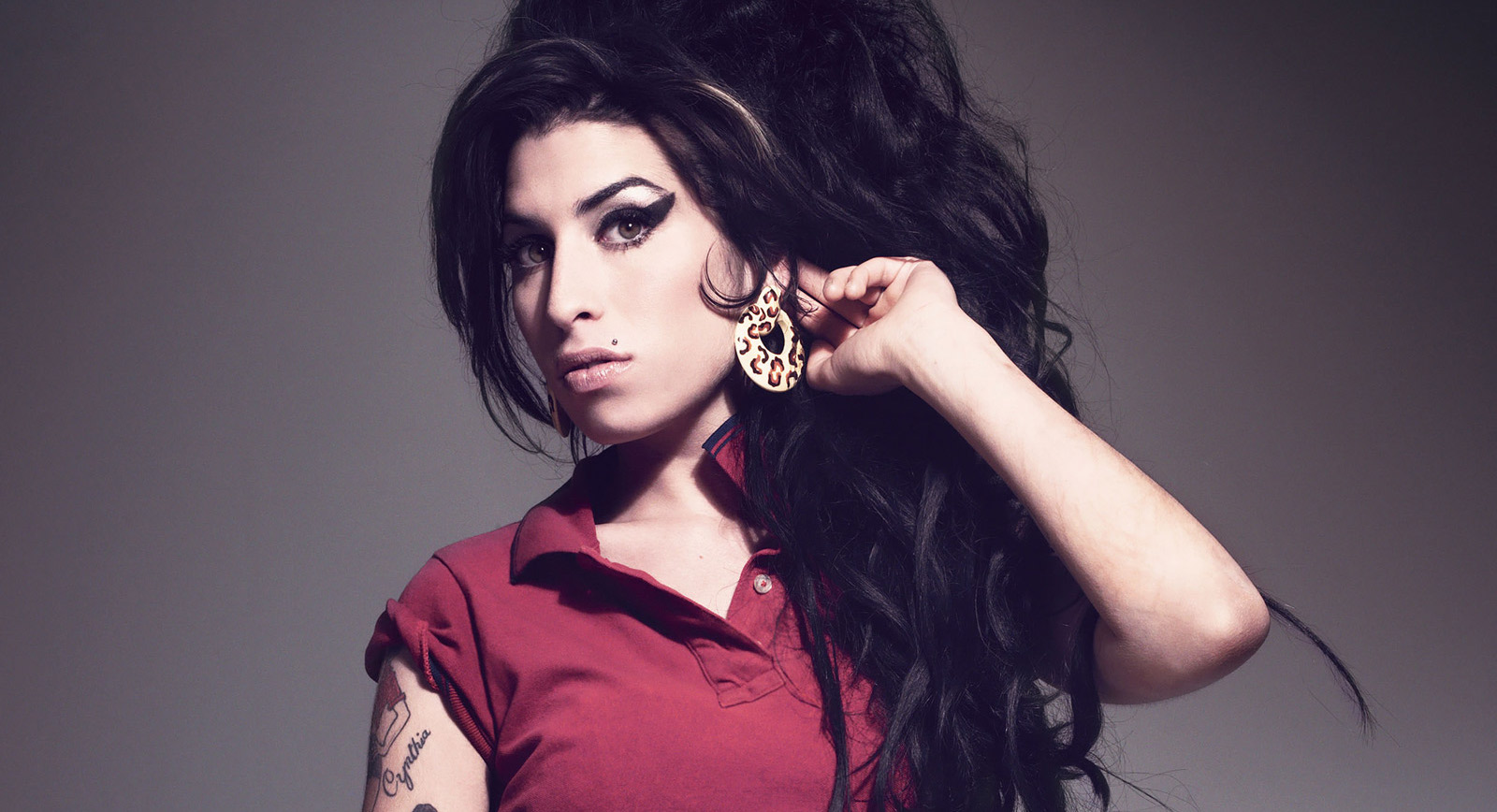 It may be that one or both of these men drove Amy to substance abuse, facilitated it, or allowed it to go on for the sake of their own profit. Kapadia can’t mask his genuine disgust, and his film would have been better had he shown more restraint; in its worst moments, it echoes a superficial desire to search for a villain in the story. The trouble is that this fails to acknowledge what seems clear from candid footage—that Amy was a belligerent, outspoken person, more than capable of making her own decisions. A certain lack of critical distance mars the film at times, forcing it to veer into the tabloid blame-game territory it should seek to avoid.

Perhaps Kapadia’s most astute directorial choice is his consistent focus on Amy’s honest-to-goodness jazz-singer roots. Her heartfelt, confessional lyrics are put onscreen alongside performances. In a sense, it’s the most genuine way for Amy tell her story in her own words — about the toxic, wounded, codependent relationship that ultimately became her undoing. Her two albums tell that tale with more sorrow, poetry and wit than any possible third party.

But Kapadia’s film is an honest, maybe necessarily imperfect vision of Amy, colored with warmth and humanity. What’s very clear is that Amy mattered to people—then and now. Her charisma practically obliterates everything else onscreen. Amy looks to have had the biggest opening weekend for a British documentary in UK history, pulling in £519K and cementing the fact that the British public are still hungry to try and understand more about the charmingly irreverent singer and her untimely death.

If the film doesn’t do much to change public perception, it’s worth noting that she, like a litany of other figures, belongs as much to that public now as anyone. It’s a testament to Winehouse’s tempestuous, blistering talent. Fragments of her image—her spirited defiance, her strikingly unconventional beauty, her salty old-soul feel—will carry a different meaning for each person, and for some her tragic trajectory is inextricable from that. As has been the case with Cobain and the like, perhaps fighting all that relentless mythology became too challenging of a task.