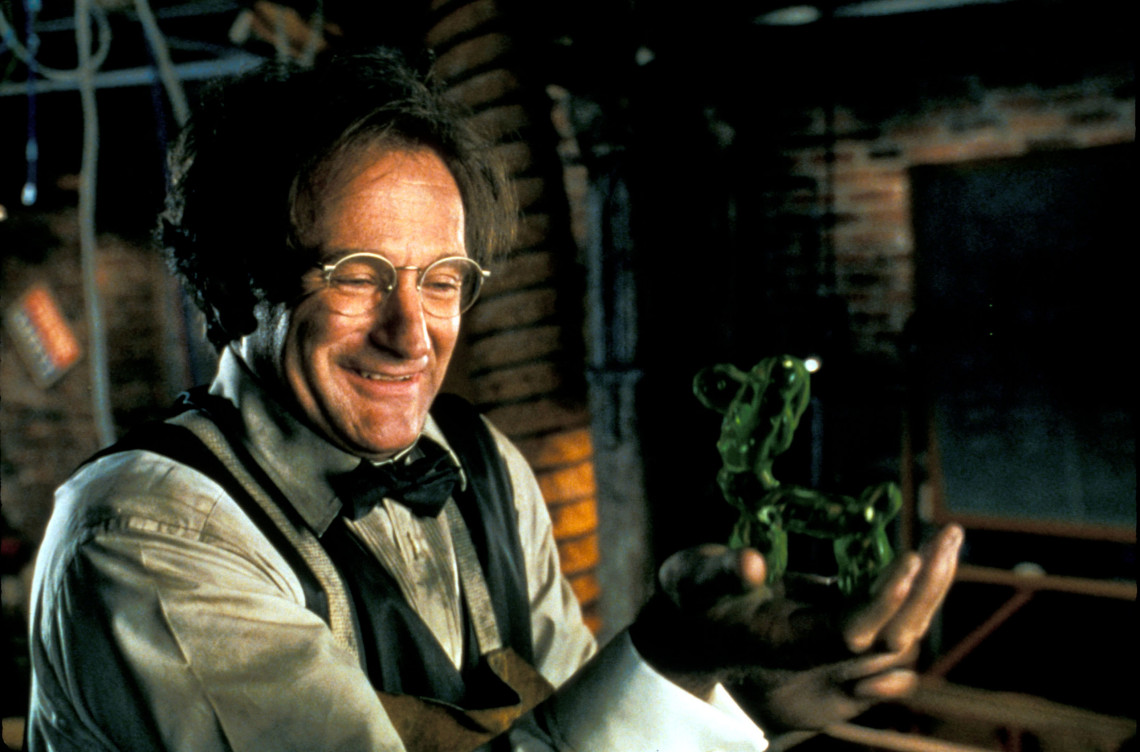 We’ve finally reached our conclusion of the not-so-esteemed franchise all about an absent-minded professor, his bouncy green creation, and all of the sports games he rigs so he can secretly take home a ton of cash from gambling. (OK, maybe that last part isn’t entirely true.) Yes, on this week’s Mousterpiece Cinema, Gabe and Josh–sans guest–tackle the 1997 remake of The Absent-Minded Professor known as Flubber. (If you’re a new listener, don’t worry: we’ve already discussed the 1960s movies about Professor Brainerd. Just closing things out!) And, as you might expect, Flubber isn’t exactly the best of the series. Josh uses this film as a chance to discuss his opinion of the John Hughes oeuvre/alienate pretty much everyone in the living world, and Gabe uses it as a way to figure out the logic of getting married on a college campus during the middle of the week. In short, it’s a good, old-fashioned episode of the podcast, so check it out now!