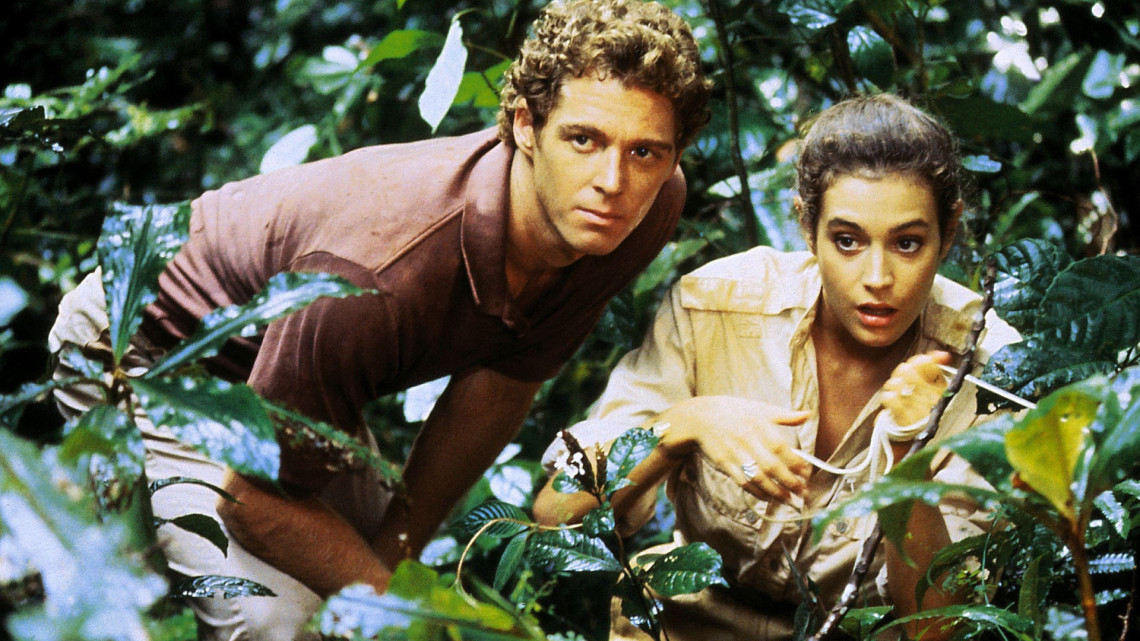 Hey, folks! On this week’s episode of Mousterpiece Cinema, Josh and Gabe are traveling to the African continent to explore a strange new society that may indeed hold a surprising link to the Jurassic period of Planet Earth. Just think: what if there were still dinosaurs walking among humanity? Wouldn’t that be crazy? Wouldn’t that change our perception of science? Wouldn’t…you want to be the first person to reveal this discovery, damn the consequences? That’s one of the lessons our lead characters learn in this week’s film, Baby: Secret of the Lost Legend, which we discussed with guest Tom Nix. And guess what? This movie is…uh…well, put it this way, one of your hosts is convinced this might be one half of the worst double feature we’ve ever discussed on the podcast. And that’s even including a crazy performance from “Downtown Abbey”‘s own Julian Fellowes. (“Downtown Abbey,” right? Not “Downton”?) Check out why this movie might be so bad now!