Mama Who Bore Me: On Motherhood, Horror, and Jennifer Kent’s “The Babadook”

In some way, Sigmund Freud was right: Many of us are haunted by our mothers, and they can be scary as hell. Perceived as caring nurturers, our mothers hold a singular power over us, and when that power is used for evil, the deliciousness of the reversal is too good to pass up.

It makes a certain amount of sense, then, that mothers have figured so prominently in horror cinema over the years. People tend to forget that before Jason Voorhees, his mother was the one killing campers in the original Friday the 13th (1980). In Carrie (1976), Carrie’s evangelical mom is, in many ways, scarier than Carrie ever becomes. A mother becomes possessed at the high-voltage climax of last year’s horror hit The Conjuring. And of course, there’s Norman Bates, the famous mama’s boy at the heart of Alfred Hitchcock’s Psycho (1960). To confront one’s mother, stripped of her traditional role and rendered as something new and far more terrifying, is to essentially confront one’s self (as Norman can attest). There’s nothing more monstrous than the thought of that warm refuge known as home becoming the source of physical and psychological torment.

Jennifer Kent’s debut film, The Babadook, falls inside this legacy of horror films, but carves its own path in exploring maternal terror. The movie, which premiered earlier this year at Sundance and is about to hit theaters in the United States, is not only a potent allegory of overcoming grief, but is also one of horror cinema’s most vivid and nuanced takes on motherhood.

At the center of the film is Amelia (Essie Davis), a harried, over-stressed single mother doing her best to take care of her troubled and misbehaving son, Samuel (Noah Wiseman), with Kent using quick cuts and piercing sound design to help depict Sam’s demonic meltdowns. It soon becomes obvious that she has still not recovered from the death of her husband, and she is in a fugue state, descending further into that abyss despite her continued responsibility toward Sam. It would all make for an awfully bleak movie experience if not for Mister Babadook going bump in the night. 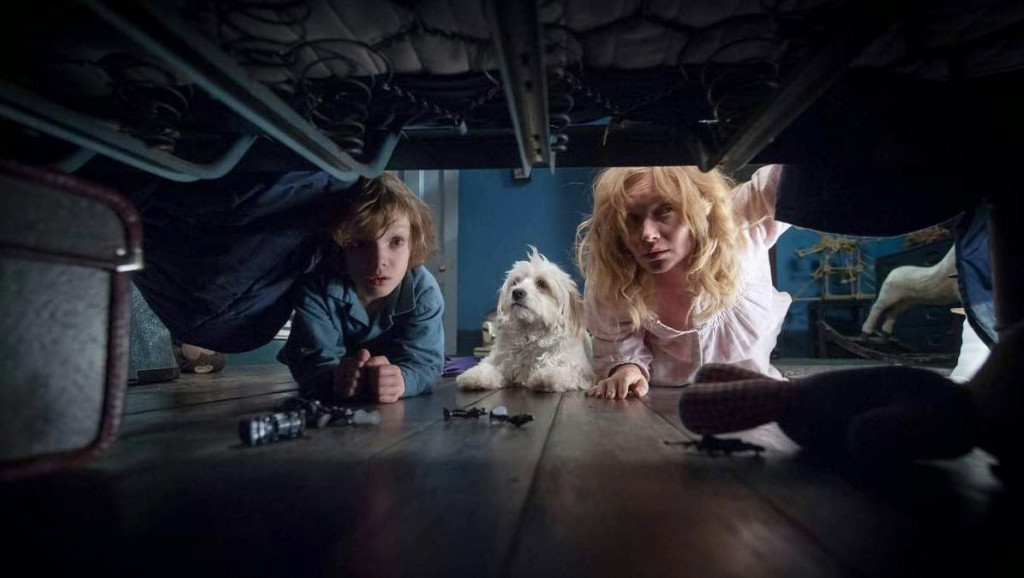 This Nosferatu-esque creature’s metaphorical function is perhaps a bit too obvious: Its crushing inescapability plainly represents Amelia’s grief in addition to being a device to establish her unraveling and the strain of her relationship with Sam. Still, Kent is so effective in establishing an appropriately chilling atmosphere around these troubled characters that such heavy-handedness doesn’t detract from the film’s incredible panache. Mister Babadook is a truly frightening creature, incessantly terrorizing Amelia to her breaking point. In other words, this is a straight-up genre film that delivers scares that will stay with you.

But it’s also a genre film that comes from outside the parameters of Hollywood, being an Australian production that also raised some of its budget from a Kickstarter campaign. As such, it escapes the jump scare-reliant conventions of American horror and manages to capture a unique Gothic-horror aesthetic (not even James Wan was quite as successful in that regard with The Conjuring). A significant reason for its success lies in how remarkably adept it is in creating sympathy for Amelia in the midst of her tumultuous caregiving.

Unlike many other movie mothers, Amelia is more than just a one-dimensional totem, but a multifaceted human being. For one, Amelia exhibits sexual desire, and once the Babadook begins taking the form of her dead husband, you can read how unfulfilled she is on her face. That sexuality, further expressed in a scene in which she tries to pleasure herself with a vibrator before Sam barges into her bedroom, is not exploited for shallow titillation, but treated as mature and healthy, serving to characterize how lonely and frustrated she is, with that void still being felt and her son not letting her forget it even for a brief moment. Kent also goes so far as to show us Amelia’s various interpersonal relationships and her day job, and subsequently how her mounting distress and ghostly haunting causes all of those aspects of her life to suffer. Most horror-movie mothers are either corrupted until she is saved (The Conjuring) or made mere meaningless freaks (the 1980 film Mother’s Day); they can inspire their offspring to commit horrible acts (Psycho) or just offer grotesque comic relief (Peter Jackson’s 1992 Dead Alive). So very rarely are they made as detailed as Amelia, battling an evil presence and navigating contentious social issues.

Because we have developed this tight sympathy for Amelia, once she becomes the tormentor to the son we know she clearly loves, we find ourselves not only viscerally terrified, but genuinely heartbroken as well. At first, we fear what Mister Babadook will do to Amelia and Sam; gradually, though, we begin to dread what Amelia will do next to Sam. Will Mister Babadook push her past the point of sympathy? Under the guise of a more straightforward genre film, Kent sets out a vision of parenthood that is more ambiguous than you see in most Hollywood films, allowing the audience to pass their own judgments on Amelia. The climax of The Conjuring boils down to the mother overcoming her possession with the power of her love for her child, the threat of the evil mother figure obliterated. Amelia’s descent, however, is far more realistically complex, disconcertingly blurring the line between pure good and evil. 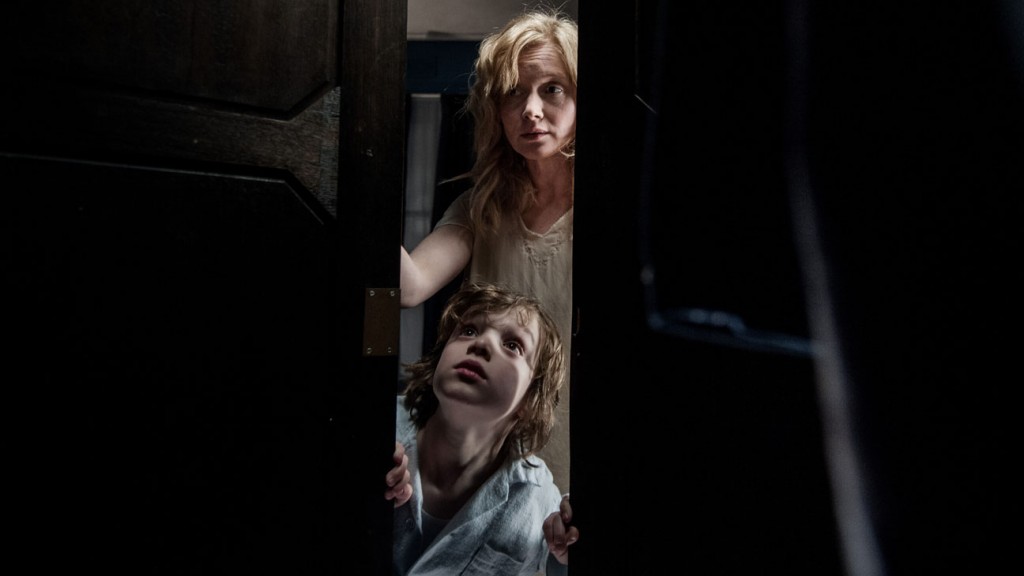 To watch the maternal protagonist become the villain is not only a bold rejection of typical motherhood characterizations, even among horror films, but also an acknowledgement of the difficult realities of parenting and an invitation for parents in the audience to see parts of themselves in Amelia. That is more unsettling than any shadowy creature could ever be. “I remember a writer friend of mine burst into tears after one scene, and she told me, ‘Oh my God, all the times I’ve lost my temper or been impatient—that scene made me realize how big I look to my little kids.’ That’s the kind of thing I really wanted to address in the film,” Kent (not a parent herself) said in an interview with Film Journal. Though she takes it to extremes, she skillfully taps into exactly what can make horror cinema so unnervingly effective: the extent to which we are forced to see ourselves reflected in such extravagant chaos.

Even the film’s supposed return to normalcy in its final scenes is given a tantalizing twist: Mister Babadook has been tamed, living in the shadows of their basement, and Amelia must return to feed it regularly. True, this suggests that her grief for her husband will always linger to some degree, but it also means that Amelia and Sam remain scarred by her degenerative abuse, and learning to protect her son has come at some cost. The consequences persist.