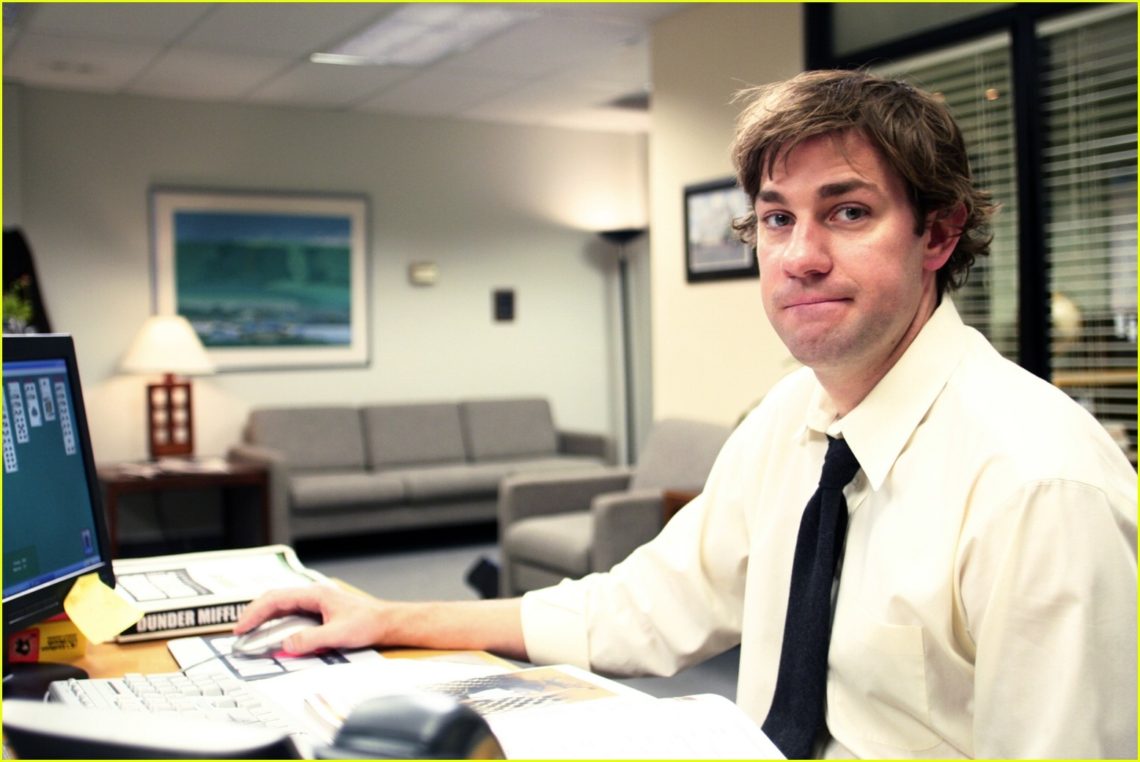 John Krasinski’s Search
Outside “The Office”

With "13 Hours" and now "The Hollars," Andy Crump assesses the direction John Krasinski has taken in 2016 after nine seasons as Jim Halpert on television

At one end of John Krasinski’s 2016 career axis, there is Michael Bay’s 13 Hours: The Secret Soldiers of Benghazi, a grimy, violent, jingoistic rah-rah war movie laden with soldierly brooding and naked disdain for desk jockeys, pencil pushers, and other such pejoratives reserved for educated bureaucratic types. In the age-old contest between brains and brawn, the film’s preference for the latter and contempt for the former is laughably obvious, disappointing but unsurprising, especially coming from Bay. At the other end sits the recently released The Hollars, Krasinski’s second directorial effort, and a movie so Sundance-y on its surface that you will identify it as such even if you have never attended Sundance. It’s a film in the vein of last year’s execrable indie darling, Me and Earl and the Dying Girl, where one person’s terminal illness turns out to be just a huge drag for everyone else because they have Adult Problems™, none of which ever amount to more than workaday midlife personal or professional crises. Though it’s ostensibly a comedy, none of its jokes are especially funny, it mimics cathartic emotionality, its acting is embarrassingly bad, and all of its major characters learn the predictable valuable lessons by the end. 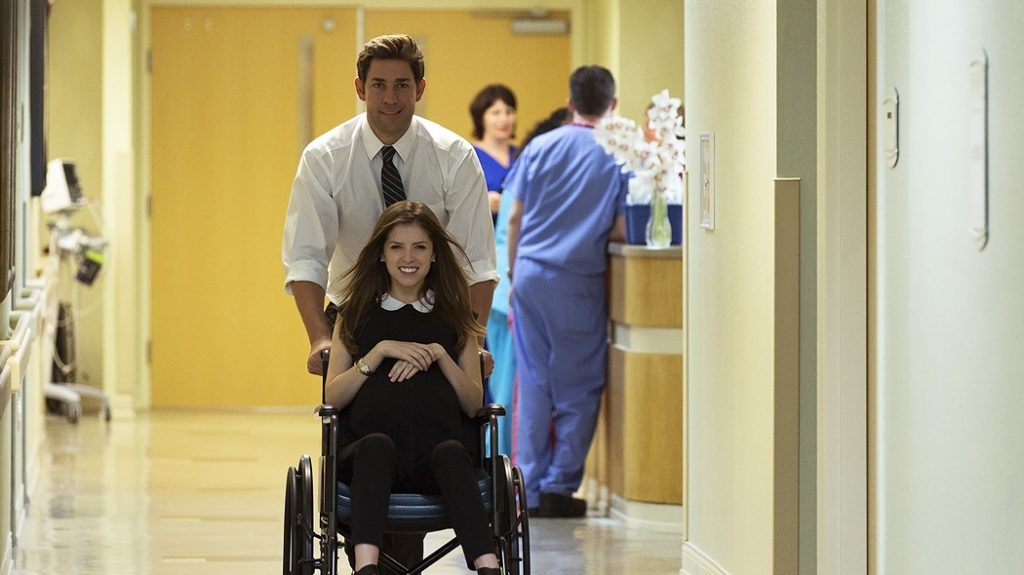 Standing between them is Krasinski himself—not quite a television actor based on his credits and yet stuck with the label nonetheless thanks to nearly a decade spent playing rascally cutie-pie Jim Halpert on The Office. It’s tempting to read these two films as his bid to make a new identity for himself on the big screen after crafting a persona for himself and cultivating a following on the small screen. But an actor aching to exchange TV-actor notoriety for movie-star respect doesn’t sign on to play Jack Ryan in Carlton Cuse’s new Amazon series, as Krasinski has done. Perhaps the medium matters less to him in his acting and directing than distancing himself from Jim Halpert, he of the tousled, ducktail hairdo, of the mischievous smirk that melts hearts and pricks egos, of the self-righteous pomp that he alone can wear without looking like a tool. Nine people out of ten who act like they’re too good for their job, but can’t or don’t try to get hired anywhere else, come off as snobs. Jim just comes off as empathetic, because hey, we’ve all been there.

Krasinski has been pushing back against Jim for years with ambivalent force. In 2009’s Away We Go, he fully embraced his Jim-ness and took the character qualities sheltered under that umbrella to goofy, slacker extremes. His Burt Farlander is Jim if Jim spontaneously hoofed it out of Dunder Mifflin, married Pam, and relocated to the middle of nowhere with her to live on the outskirts of the grid. His endearing and affable traits smooth over his slouchy veneer to the point of seamlessness; he is guileless, silly, a total goober who only begins to read as “father material” as the film progresses and crystallizes his absolute devotion to his wife, Verona (Maya Rudolph). On the surface, at least, Burt doesn’t suggest a desire on Krasinski’s part to expand his repertoire or carve out a new niche for himself. But Burt exists in a movie with more teeth than your average episode of The Office, or at least more artistic sincerity. Away We Go has backbone and a gentle grit that’s couched within its hipster sensibilities, plus a very real narrative of self-improvement contextualized by anxieties of modern men and women transitioning into the final stages of their adulthood. It’s The Office matured, so to speak.

For a bolder attempt to circumvent his Jim appeal, one should look to his directorial debut that same year: an adaptation of David Foster Wallace’s Brief Interviews with Hideous Men. As filmmaker debuts go, adapting David Foster Wallace makes a pretty blaring statement of purpose, announcing a desire to be taken seriously right out of the gate. The film, unlike the short-story collection it’s based on, isn’t particularly good—it’s too self-obsessed for its own good, and its odd sense of staging betrays a lack of confidence on the director’s part—but it’s impossible not to admire Krasinski’s audacity, almost a decade later, for making the attempt at all. As of 2015, we know that even seasoned and gifted directors like James Ponsoldt find the process of making Wallace cinematic challenging, as The End of the Tour demonstrated. But Brief Interviews with Hideous Men didn’t need to be good to send a message. It didn’t matter that it failed at the box office. Krasinski did what he set out to do just by getting the movie made: He invested in his future as an entertainer, years before The Office wrapped. He set down a foundation and broke hard from the expectations he’d created for himself after five seasons of being Jim—though maybe not hard enough, as he continued to play the character for another four seasons, and did little of note in the interim despite working with directors like Nancy Meyers and Gus Van Sant. 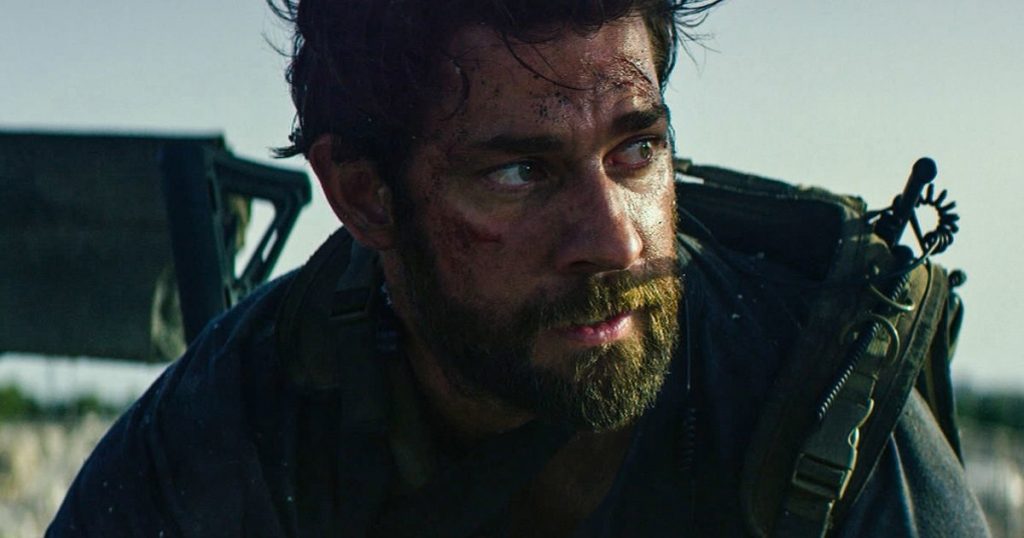 So think of 13 Hours as his 2016 version of Brief Interviews with Hideous Men: his outsized rejection of soft, wimpy Jim; his declaration of his manliness and his importance. And think of The Hollars as his rejection of the character’s sanitization, a product of The Office’s attitude as a network-backed simulation of cringe comedy. As terrible as 13 Hours is, the film lets Krasinski flex both his literal and creative muscles sheerly through differentiation. And while The Hollars is considerably more heinous, and closer to the Krasinski we’ve come to know from television, it’s several steps removed from the safety of The Office by dint of its fumbling, dysfunctional pretenses.

But perhaps the biggest leap Krasinski takes from Jim as The Hollars’ architect as well as its star is his straightforward acknowledgment of his own sex appeal. Jim is husband material. (If you need proof of that, just read Harper’s Bazaar.) He’s the guy you take home to your parents, the “one,” the man you settle down with. John Hollar is affair material. He’s the ghost of boyfriends past who reminds you of your youth, and as such he still charges your batteries in your 30s. John joins his ex and her idiot husband for dinner at their home, and it takes all of a minute for her to try and jump John’s bones once her spouse leaves the room. Maybe that’s the kind of actor Krasinski wants to be: not the kind who inspires nuclear-family fantasies, but the kind who inspires E.L. James fantasies with his washboard abs and his macho affectations. If that’s the kind of actor he he wants to be, then his participation in 13 Hours and The Hollars makes sense. Krasinski’s finding himself, even if his search hasn’t turned up better movies for him to star in. It’s in the search itself that Krasinski puts the most distance between himself and Jim. Unlike his most well-known alter ego, he isn’t stuck in limbo.

One thought on “John Krasinski’s Search
Outside “The Office””