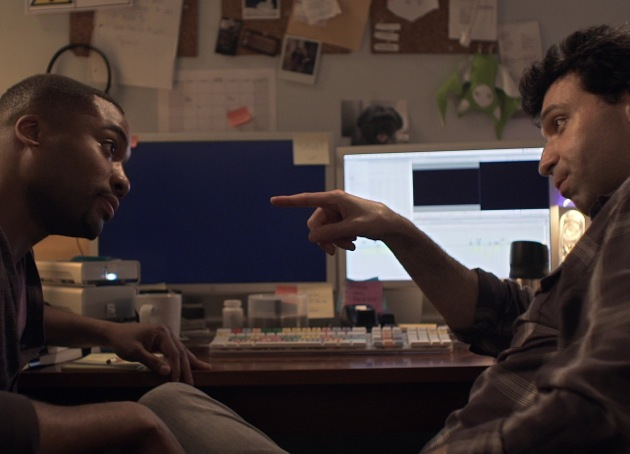 To be honest, I had never heard of the new indie Supporting Characters, about film editor team Nick (Girls‘ Alex Karpovsky) and Daryl (Tarik Lowe) struggling to save a flagging indie film while also living vicariously through each other’s romantic relationships. But I was incredibly charmed by the film — the review is forthcoming — even more so when I learned just how autobiographical it is.

Director Daniel Schechter explains on his blog that he and Lowe initially set out to write a mainstream-ish film about two bros who try to make their respective girlfriends become buddies. But after several false starts, they realized that the real heart was in their sweet and sometimes thorny relationship. They also drew from Schechter’s experience editing films, and wrangled friends like Arielle Kebbel and Lena Dunham to join the project.

Supporting Characters charmed audiences at the 2012 Tribeca Film Festival. Nearly a year later, Movie Mezzanine chatted with Schechter about how he and Lowe translated their relationship to film, what is and isn’t true, and what he would change.

Natalie Zutter: I’ve read in interviews that the way you decided to write Nick and Daryl’s exchanges was to improv with Tarik, record that on your iPhone, and pass it along to Alex. But did you ever contemplate playing yourself?

Daniel Schechter: I never wanted to be an actor; I have no interest in being an actor. So the idea was we would create a project for us where Tarik could act and I could direct. But we liked our dynamic a lot and we found that — even though we were fairly new friends — people got a real kick out of us, so we wanted to capture that. It occurred to me that Alex Karpovsky, who I had seen in a few movies, would make a great doppelganger.

NZ: How did you keep this from being too much of a vanity project? Were you inspired by films like Lena Dunham’s Tiny Furniture? 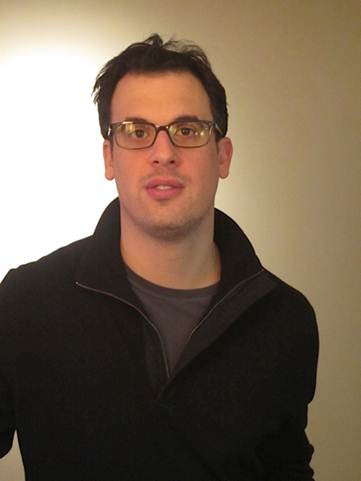 DS: I actually loved Tiny Furniture. I watched it a lot as preparation for this movie. It gave me the guts to think that my own voice and personality could be worthwhile for this film. I don’t think I’m as much of a character as Lena Dunham is, but I think Tarik and I combined made it a movie-worthy film. I don’t think I would’ve wanted to see a movie about either of those guys.

I’ve seen a lot of films that I don’t think were quite worthy of being a movie, and someone who wanted to be a writer-director who didn’t hold my interest. It seemed like a rich white kid in their twenties who wanted to make a movie and didn’t have a bunch of life experience. But there was something about Tarik and I — he was black and I was white — there was a unique banter between us that I hadn’t seen before.

NZ: Let’s talk about race, because Daryl and Nick have a lot of conversations about it, usually uncomfortable ones.

DS: We’re obsessed with race. We talk about it all the time, a lot more than Nick and Daryl talk about it. I think it was more that — if the Daryl character were bald, Nick would’ve made a bunch of bald jokes.

As I enjoy mocking Tarik, Nick enjoys mocking Daryl. He’s a great subject for mockery, he has a light attitude where it rolls off his shoulder. I didn’t want to have a token black guy and not acknowledge that he’s black. That doesn’t normally not come up. it was just a nice layer to their relationship. In real life he never seems totally comfortable in the white world, the black world… He’s sort of a man with no country.

The audience gets excited when we dance around a particularly racist line. They want us to get there.

NZ: You’re an editor by trade, so I assume that in addition to directing you lent your support to that part of Supporting Characters?

DS: I edited this film not so much because I’m controlling but because it was such a low-budget movie. It was a skill I had.

NZ: With a year’s distance, what would you change if you could?

DS: I was saying to someone the other day, when I was shooting it I never wanted it to seem too wacky, so I made everybody less funny. When I was in the editing room, I was so grateful to have good jokes that I would just throw in everything I had. I think in the end it made it a comedy that was well grounded in the real world. But I might’ve gone funnier. There were scenes where I specifically made it less funny. But in hindsight I don’t think that would have affected how grounded it was.

NZ: In addition to Nick and Daryl’s bromance, this movie also presents a really nuanced take on each guy’s relationship, and the temptation to cheat. Was this fiction? 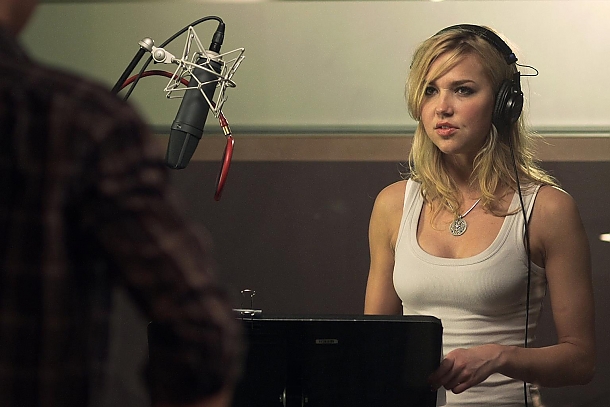 DS: They were semi-autobiographical. Even with some incredibly specific references that seemed fake, we tried to blend reality and fiction. These relationships weren’t even over by the time we started writing the screenplay, but by the time we wrapped… It’s a delicate business dealing with real people, but we wanted to change things, to be courteous to those who have no kind of control.

I didn’t want to make it a movie about a guy who’s tempted to cheat, or, “Oh, he’s afraid of getting married.” What I hadn’t seen in a lot of movies was the guy who tried to take a female friendship and push it as far as it could possibly go before he considers it technically cheating.

NZ: Now that Lena Dunham’s popped up in Supporting Characters, think you might wrangle some involvement with Girls?

DS: I’m totally unrelated to that show except that I have a massive rooted interest since I know Lena and Alex. It’s inspiring to know someone who’s hitting that level of success.

NZ: Your next movie, based on Elmore Leonard’s The Switch, is decidedly different from Supporting Characters in that it stars big names like Jennifer Aniston and John Hawkes. Did you intentionally set yourself up for such a different project?

DS: It’s amazing how similar the process is to a certain extent and then how wildly different it is. On some level, you’re still dealing with location and actors who need comforting, you’re stretching your dollar, you’re trying to make the smart compromises. On another level, I have a 100-person crew now, it’s a seven-figure movie… It’s just a completely different animal. I think just doing a $60,000 movie in 12 days was the ultimate boot camp to make almost anything else look easy in comparison.