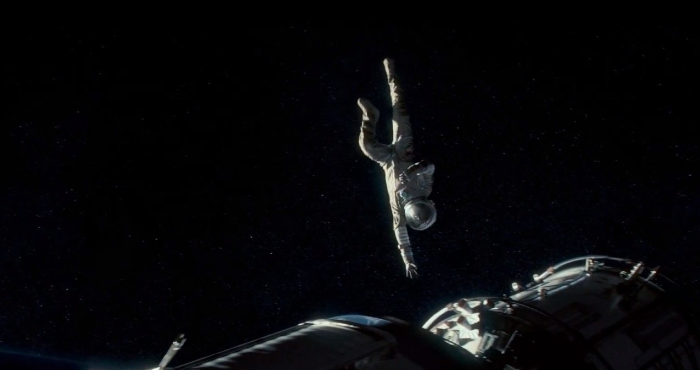 As the years go by, visual effects have become more commonplace and audiences have become savvier, leaving filmmakers in a tough position. How can film still capture the imaginations of viewers and leave them feeling like they just saw a magic trick?

We’ve come to a point where we all have at least a passing knowledge of what goes into making the impossible possible on film, so what’s left to wonder at? If nothing else, Christopher Nolan attempted to examine the relationship between audiences and the magic trick that goes into filmmaking with his 2006 film, The Prestige, summed up by Michael Caine’s character. “The magician takes something ordinary, and makes it do something extraordinary. Now you’re looking for the secret, but of course you won’t find it, because of course you’re probably not looking. You don’t really want to know. You want to be fooled.” Indeed we do, but it’s getting harder and harder for filmmakers to fool us.

Enter Alfonso Cuarón, a Mexican filmmaker best known for Y Tu Mama Tambien, Harry Potter and the Prisoner of Azkaban, and Children of Men, ready to step up to the plate and truly find a way to make audiences believe in the impossible once more. Known for his ability to craft dark, mature stories within the system of Hollywood big budget filmmaking, his films have consistently pushed the boundaries of what cameras can capture and the stories they can tell.

His latest film, Gravity, is a testament to that unending ambition, creating an experience unlike anything else in cinema right now. Drew McWeeny of HitFix perfectly expresses what seeing the film was like in his review, saying:

“It is increasingly rare that I look at an effects-heavy film and don’t know immediately how they did it. With ‘Gravity,’ I’m not even sure what was real and what wasn’t. A small army of visual effects artists worked on the film, and the result is something that feels both hyper-real and yet also dreamlike.”

I can’t speak to others’ reactions, but that certainly captures my own experience with it. There were times when I found myself so immersed in the image on the screen that I occasionally flinched and ducked as debris flew by, stopping just short of becoming an Internet meme about 3D movies. The long, fluid takes Cuarón sets up and executes with the help of cinematographer Emmanuel Lubezki place the viewer right in the thick of the action, bobbing and orbiting around every object, giving us a very real sense of what it would be like to float helplessly through the void, while never getting to the point of being truly disorienting. I’ve never seen anything quite like it, and I doubt I will anytime soon. How on earth does something like this manage to be so seamless? Motion capture with face replacement, ala Armie Hammer in The Social Network? Harness rigs in front of a green screen?

And really, the film is a testament to Cuarón’s abilities as a storyteller. Whereas with many technological leaps in filmmaking, the story is the making of the film. That’s not the case here. What makes Gravity so special is how Cuarón took a story with the simplicity and emotional heft of a great silent film and told it with utter mastery of craft. I’m not sure I even want to know what kind of mad genius made something like this possible. The illusion is too great.