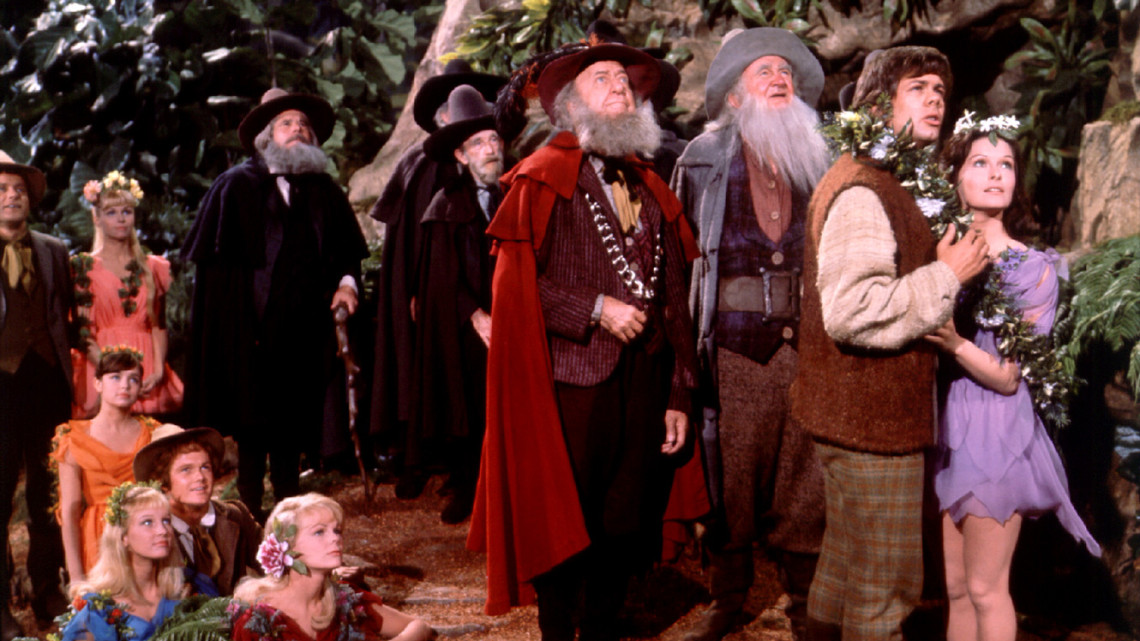 Josh and Gabe talk about the 1967 film "The Gnome-Mobile" on this episode of Mousterpiece Cinema.

Why, y’er sittin’ on a gold-mine, folks! Hee-hee-hee-hee! Oh, come on now, why shouldn’t we be unveiling our best impression of one of the iconic deliverers of frontier gibberish, Walter Brennan? He’s only the star of this week’s film on Mousterpiece Cinema, The Gnome-Mobile. Brennan’s actually playing two characters here: an eccentric modern businessman as well as an irascible old gnome who the businessman’s grandchildren (played by the same precocious kids from Mary Poppins) discover in the redwood forests of California. This 1967 film holds a special place in Gabe’s heart–or, it did when he was a kid. Does it hold up to the test of time? Or is the whole film as painful as its faux-“Bachelor” finale? Listen to find out–and prepare yourself for maybe Josh’s worst groaner of a pun in a very long time.