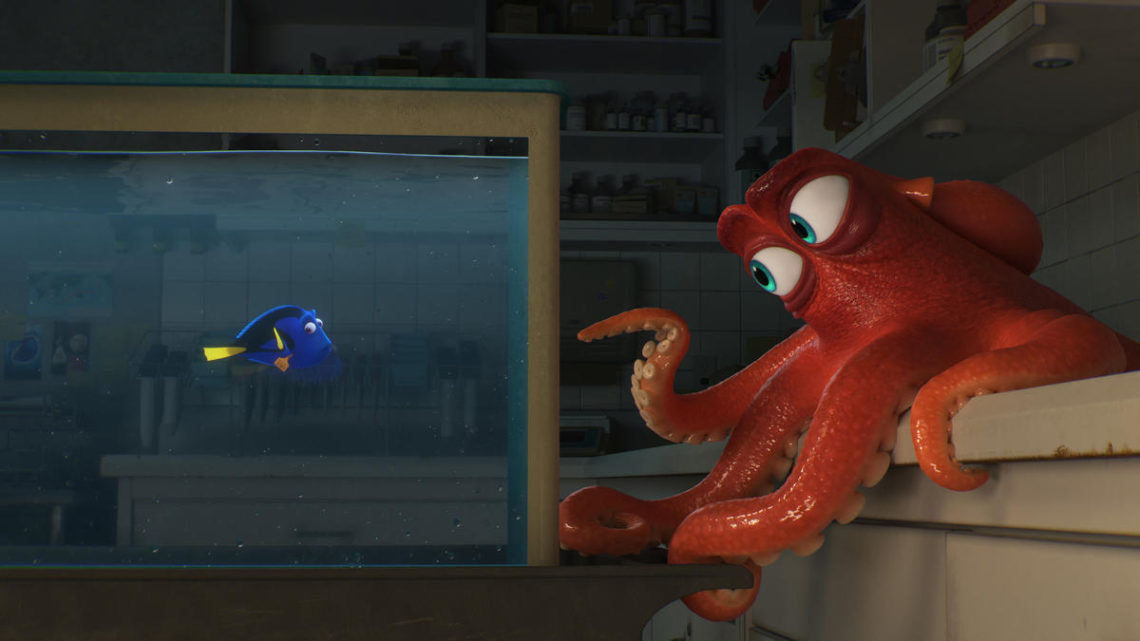 Josh and Gabe are joined by Monica Castillo of The New York Times to review Pixar's "Finding Dory" on this episode of Mousterpiece Cinema.

It’s a banner day for Mousterpiece Cinema, friends. Why’s that? This episode marks the fifth anniversary of the podcast! Back in June 2011, Josh sat down to record the first show solo, talking about Pixar’s then-new sequel Cars 2. So it’s only fitting that the best way to ring in five years of podcasting is Josh and Gabe sitting down to talk about Pixar’s latest sequel: the monster hit Finding Dory, a follow-up to 2003’s Finding Nemo. Has absence made our hearts grow fonder? Or was it an unwise decision for Pixar to take another sidekick and turn them into the lead character? Josh and Gabe are joined by friend of the show Monica Castillo of The New York Times to discuss our new lead character, the new world and characters of the sequel, the meta-narrative regarding director Andrew Stanton, how meta-narratives are NOT the same as fan theories, and more! Check it out, and remember to just keep listening, just keep listening, just keep listening, listening, listening…