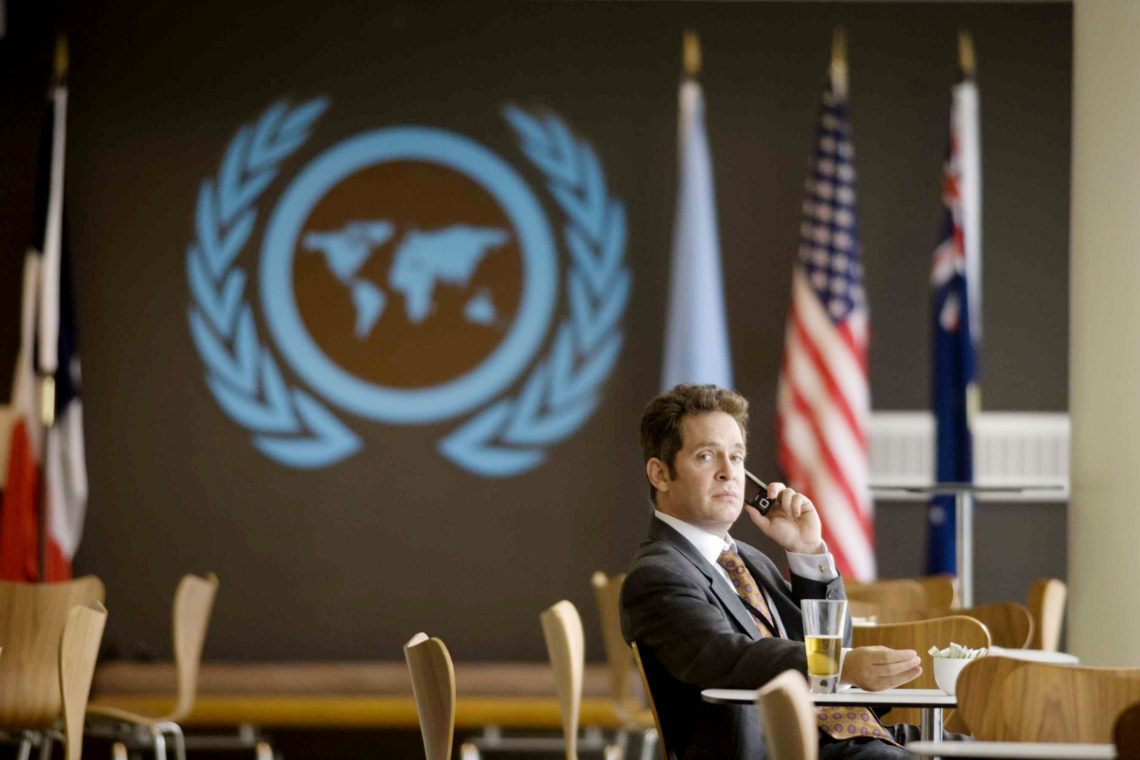 2016, Or How I Learned to Stop Worrying and Rewatch “In the Loop”

On the eve of the 2016 U.S. presidential election, Fran Hoepfner writes about the odd comfort of Armando Iannucci's "In the Loop."

Let’s get this out of the way right off the bat: Armando Iannucci’s In The Loop is my favorite comedy of all time.

It’s possible you read “Armando Iannucci” and you know the name sounds familiar, but you can’t quite place it. Most American audiences know Iannucci these days for his work on the HBO series Veep, for which he was the creator and showrunner for the first four seasons. But Iannucci’s work in comedy goes back 25 years, starting out in British radio and moving onto The Armando Iannucci Shows and other television endeavors.

In The Loop is a spiritual successor to his most famous television show, The Thick Of It, a political satire about a government minister, his team, and the liaison to the Prime Minister/foul-mouthed Scottish spin-doctor Malcolm Tucker (Peter Capaldi). Tucker and his equally swear-y Scottish counterpart Jamie McDonald (Paul Higgins) are the only returning characters from the television show, making In The Loop easy enough to understand if you’ve never seen The Thick Of It (which I hadn’t when I first watched the film).

To try to summarize the plot of In The Loop is nearly impossible, but here goes nothing: In an imagined anticipation of what would become the war in Iraq, Simon Foster (Tom Hollander, in a truly career-defining performance), the Secretary Of State for International Development in the United Kingdom, goes on the radio and says that he believes that war in the Middle East is “unforeseeable.” From there, everything goes to hell. You see, the “unforeseeable” line clashes violently with what the Prime Minister and the rest of the party believe about war in the Middle East, and before Foster can row back on it, American politicians––U.S. Assistant Secretary Of State Karen Clark (Mimi Kennedy) and Lieutenant General George Miller of the Pentagon (James Gandolfini)––have grasped onto it in an attempt to prevent a war from breaking out. From there, it’s a cataclysmic shitstorm of miscommunication; lying; affairs; informants; and, to top it off, a noteworthy B-plot about a garden wall slowly collapsing in Foster’s constituency in Northampton. 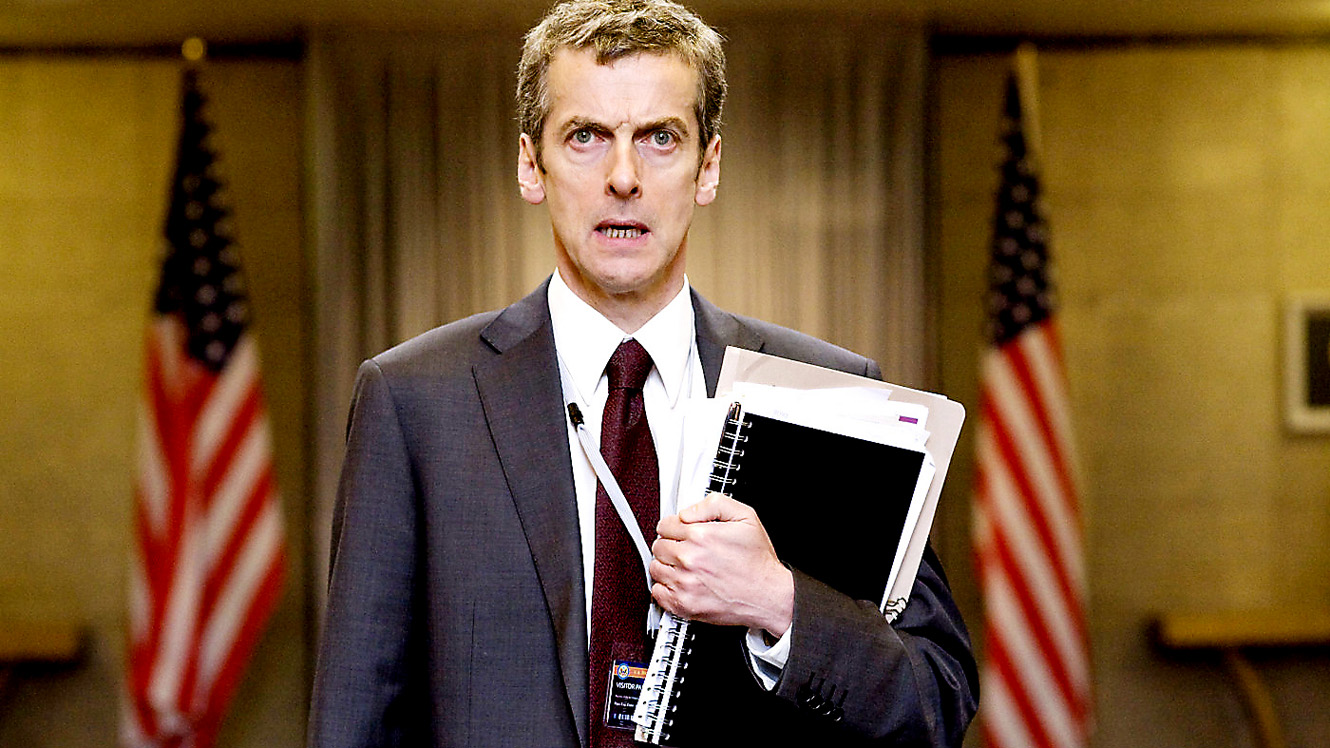 All in all, it’s a mess––the narrative, of course, not the film itself. In The Loop is a beautiful, perfect farce that pays off every single joke it sets up. It’s endlessly quotable. While I may have singled out Tom Hollander above, there are an array of actors giving career-best performances. It was nominated for a Best Adapted Screenplay Academy Award.

I first saw In The Loop when I was in college. It’s been streaming on Netflix for what seems like forever (so you really don’t have any excuse not to watch it), and I’ve regularly rewatched it about twice every year since. When I mentioned to a friend that I was rewatching it to write this piece, he asked if I had picked up on anything new. The truth is, I hadn’t. I know the movie almost by heart, which is a strange thing to say about something where the phrase “horse cock” is said on multiple occasions.

It’s not that I don’t think this election is beyond ridiculous, because I absolutely do. I wouldn’t be half-surprised to hear the word “lubricated horse cock” come out of someone’s mouth this year. I remember driving with a friend the weekend the “grab them by the pussy” audio was released.

“It can’t get worse than this, can it?” I asked at the time.

It can always get worse, is what I learned in this election. It’s chaos. The whole thing feels overwritten––so aggressively on the nose that it hurts me both as a comedian and as a human. Movies end; this does not. 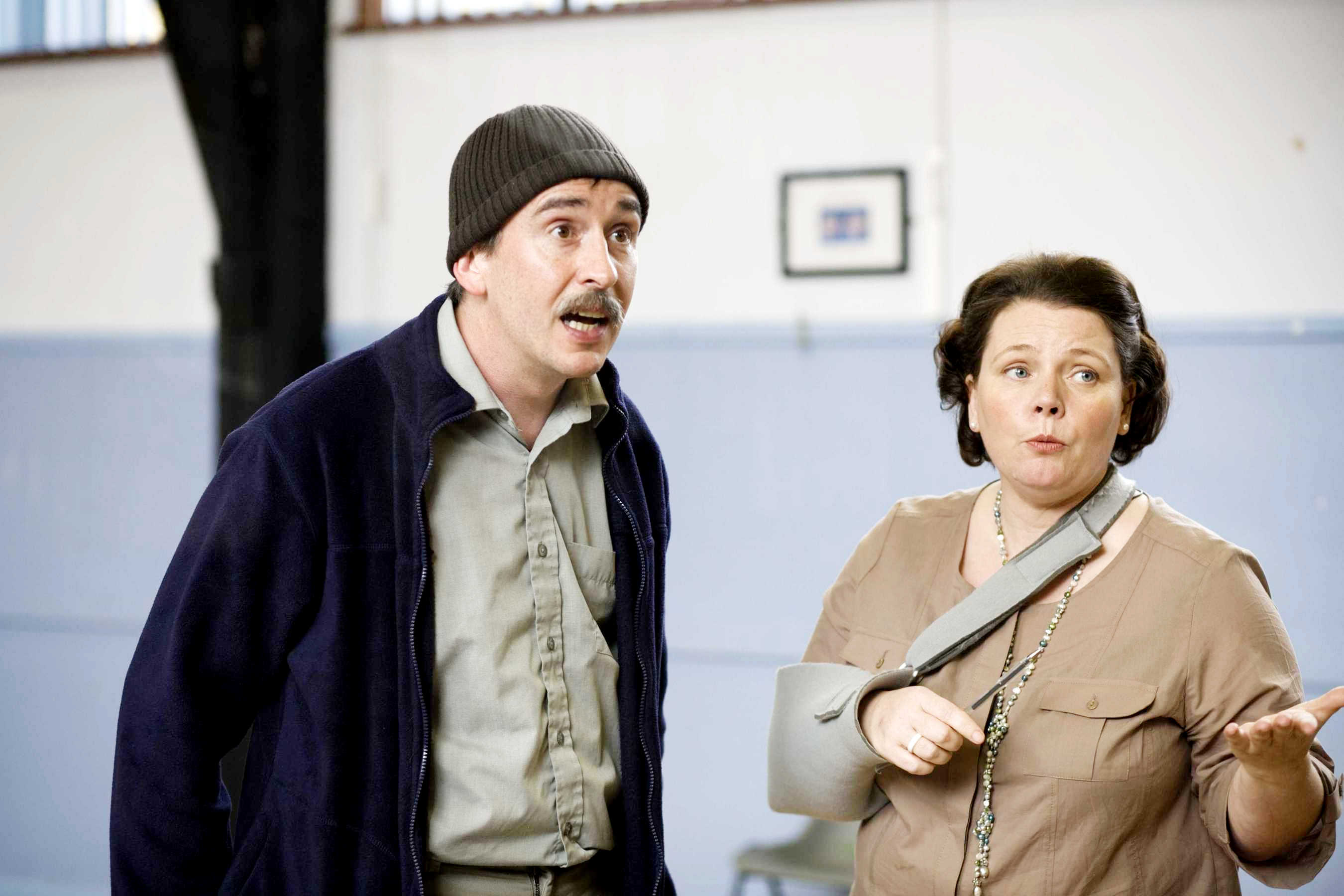 If there is an “Iannucci factor” at play in this election, and that’s a pretty big “if,” it’s not the twists and turns or the set-ups and punchlines. It’s not a general unpleasantness: that in the real game of politics, it’s not all celebrity presidents and gif-able politicians. It’s not the swearing (though it might come closest there). No, the Iannucci factor here is the inescapable dread sinking through the hearts of politicians and aids and pundits alike. It’s going to be bad. We’re going to go to war or do something we never wanted to do in the first place. We’re going to betray our ideals. We’re going to fuck up so catastrophically that the course of history will have changed forever.

Maybe I haven’t caught onto new jokes in In The Loop, but I certainly found myself tuned into the women this time around. There are three central women: Karen Clark; Liza Weld (Anna Chlumsky), Karen’s assistant; and Judy (Gina McKee), Director of Communications for Simon Foster. The former two women––both American––exist in tandem, always bickering and summoning. Both are uptight and value-driven, constantly undermined and taken advantage of by men in their workplace. It’s not an accidental joke that General Miller looks up at Liza during a meeting with Karen and notes, “Liza looks good today” about a woman half his age.

And Judy! Poor Judy. I think of Judy more and more with each subsequent watching of the film. Judy is perhaps the only character in In The Loop who is fully capable of doing her job correctly. She gives the right advice, does all the right things, and speaks up for herself, and yet she’s ritually labelled as not fun or awful or annoying. Judy! It’s fine if you identify as Barb from Stranger Things, but I can’t help but see a little bit of myself in Judy. And when everyone is clearing out their desks at the Department for International Development at the end of the film, Judy is the only one who stays.

There’s a moment, just at the end of the film, where Judy and Simon are talking, and she says she’ll leave him to his thoughts. “Oh, but I haven’t got any thoughts,” he tells her, “I’m just staring vacantly into space while a distant voice in back of my head goes, ‘oh, shit,’ like a car alarm in the middle of the night.” That’s where I’ve gotten in this election. That’s where most of us have gotten. There’s no hope, no optimism, little faith in change. Just an existential dread. Just the echo of an “oh, shit.” The first time I saw In The Loop, I felt sick afterwards. It was good and smart and funny, all the things I normally like, but it was also deeply cynical. It was a strange thing to watch as a 19-year-old and feel good about how things are and how they work. As I’ve grown with In The Loop, however, the cynicism has become the comfort, the anchor. I know now to question what I’m being told, to think twice, to trust that no matter how well-intentioned people in government can try to be, there’s still going to be someone using a live grenade as a paper weight.

Ah, well. Time to start the movie over.