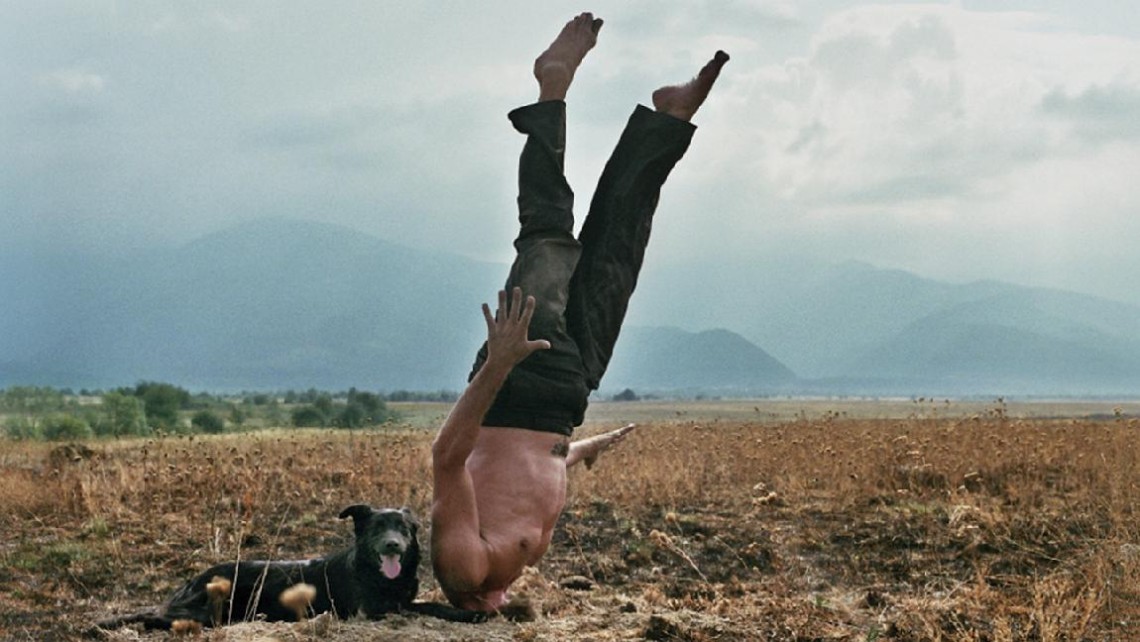 “Drift” Is A Cold And Empty Venture

Details are left intentionally scarce in Benny Vandendriessche’s Drift, a wintry existential drama that follows an unnamed Belgian man’s own personal erosion and decay following personal tragedy.  As an offering of “slow cinema,” Vandendriessche is no Nuri Bilge Ceylan, and though this film’s strength ironically resides in its digital photography, Vandendriessche lacks the natural intuitiveness for his images to leave any lasting impact beyond their aesthetic assuredness.

What’s perhaps most disappointing about Drift is not its frail narrative or its thin characterizations, but its insistence on a mythical journey that is more about its main character flailing and moping around in the mud and muck of nature than it is about anything tangible. There are elements of human struggle within: the depiction of insanity especially, but Drift is too often defined by its banal structure to truly linger.

The film opens with a naked middle-aged man (Dirk Hendrikx) struggling to maintain his balance on some type of preserver that he presumably found in the ocean. The waves continue to offset his routine, but he’s agile and persistent. Is what we’re witnessing the beginning, middle, or end of this man’s journey? How did he find himself in such peril? The shot lasts for about three minutes before cutting to a snowy locale where two local police officers drive around discussing how millions of stray dogs have found their way drifting through the country begging for mercy.

We come to learn that the unnamed Belgian man was married to a woman (Lieve Meeussen) with an unspecified illness. Unable to continue on with life and ostensibly not wanting to succumb to the sickness, the woman removes herself from the world, leaving her husband wildly distraught and unwilling to grapple with the harshness of her death.

What follows is a rehashing of the couple’s final days together through flashbacks, the closest the film comes to any sort of broad affection. They don’t speak much, but their actions give off a certain vibe and intensity that we can identity and empathize with. In one scene, the man is on the floor reading after they’ve made love together. She puts her feet off of the edge of the bed, and in a playful manner, covers his eyes with her feet. Without his wife, the unnamed man drifts about in a literal wasteland, carrying along with himself an animalistic urge and primal existence. Wordless scenes carry on. The man now dons a burly beard and carries with him a large bag to stores rocks in. He does handstands in the wilderness and balances a rock on his face while a group of kids follow in curiosity. Vandendriessche, who also wrote the film, finds no rhythm in these vague wanderings to justify their dull and reoccurring placement.

Drift is sporadically intriguing, mainly in how it wants to say something about man’s quest for salvation and redemption. But the film continually comes up short and does very little to reward our patience. Running at a slight 80 minutes, Drift is an often taxing experience about a man lost in the shadows of his own odd affliction.; that we don’t know this man all that much doesn’t help matters, and by the end, the loop of madness that Vandendriessche and Drift is enamored by is of little concern and consequence.