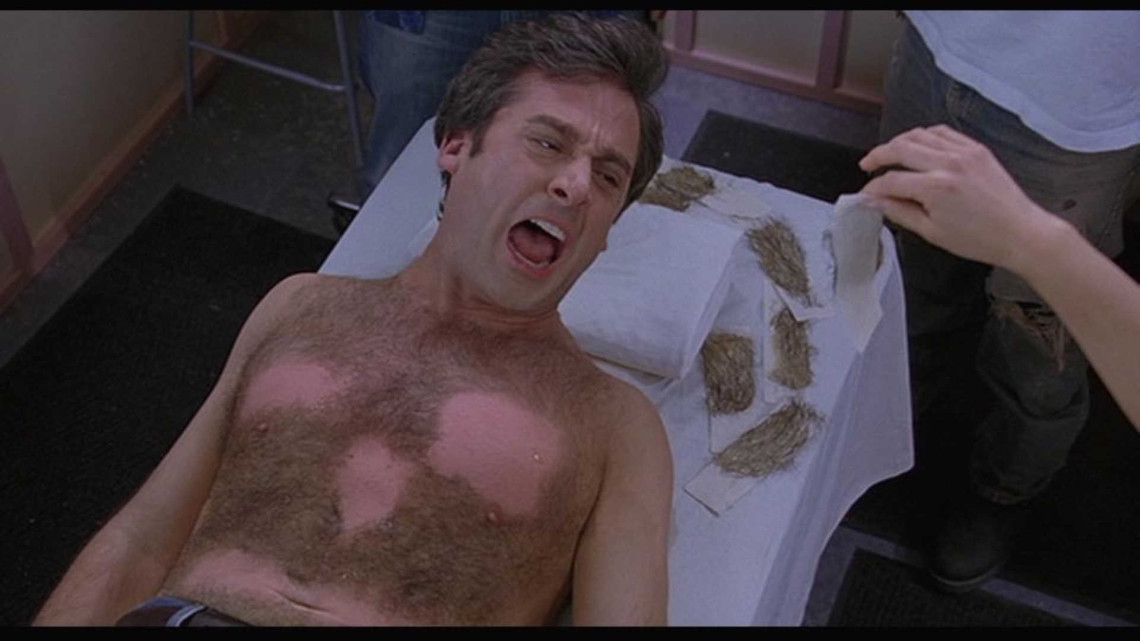 In the beginning, the dictatorship led us to such a strong foundation… it didn’t fall because of the root foundation of one man’s idea. –RZA, Wu-Tang Clan

Besides Lorne Michaels, no one over the past quarter-century has molded more successful comic careers than filmmaker Judd Apatow. Never employed by SNL, Apatow’s show connections nonetheless go back. He hosted on-campus “Comedy Night” events in college, featuring the likes of Kevin Nealon, before rooming with Adam Sandler. And ever since working with former SNLer Ben Stiller on his 1992 MTV show, which rejuvenated Stiller’s post-SNL career, Apatow’s shown a knack for resuscitating comics from the doldrums of SNL. His list of collaborators is lengthy, and runs the gamut of performers from the show’s various eras: Colin Quinn, Dan Aykroyd, Will Ferrell, Kristen Wiig, Amy Poehler, Jon Lovitz, and Bill Hader.

Often, SNL in Review spotlights the luminaries in Saturday Night Live’s history: the stars who excelled on the show, and later in film or television. Overlooked in that space are the many cast members who – while unsuccessful as contributors to the long-lived NBC sketch series – still made an impact on the world of comedy. Today, Apatow is the lynchpin to many in that category.

At the center of his empire is the modern classic The 40-Year-Old Virgin (2005), which turns 10 today. Apatow’s feature length directorial debut, The 40-Year-Old Virgin is propped up by a number of comedians who appeared on SNL in the mid-90s but never reached the storied heights of Ferrell, Wiig, or Poehler. Moreover, this gentle look at a man finding love and friendship in middle age sparked enormously successful careers for much of its cast, from its star to its bit players. Reviewing The 40-Year-Old Virgin’s legacy affirms Judd Apatow’s status as a kingpin, a worthy successor to Lorne Michaels as one of entertainment industry’s true puppet masters.

Let’s step back. By the mid-00s, Apatow had accrued an impressive set of comic connections. He’d produced and written a variety of shows and films, and developed additional relationships through failed projects like North Hollywood. And yet, he’d never directed a feature film.

While producing Will Ferrell’s Anchorman: The Legend of Ron Burgundy (2004), Apatow approached Steve Carell about creating a film together. Previously, Carell, like several members of The 40-Year-Old Virgin’s cast, had been a peripheral part of one of SNL’s transition eras. In the mid-90s, many of the show’s stars had left for Hollywood, or were fired. Seeking a new identity for the show (to later be defined by Ferrell), Michaels auditioned a swath of comic talent, including the rumored Carell and Stephen Colbert, and his Anchorman and 40-Year-Old Virgin costar David Koechner. Carell’s wife, and additional 40-Year-Old Virgin costar, Nancy Walls also tried out. While she and Koechner joined the show for one season – the infamous ’95-’96 year – Carell and Colbert faced a different fate.

Joining the short-lived The Dana Carvey Show on ABC, Carell and Colbert worked with writer Robert Smigel on the creation of the Ambiguously Gay Duo, Smigel’s first cartoon. When Carvey was cancelled, Smigel rejoined SNL and brought the Ambiguously Gay Duo as part of his animated TV Funhouse segment. This recurring sketch eventually brought Carell and Colbert to Comedy Central and the Daily Show, which ultimately launched their respective careers.

So after their brainstorming on the Anchorman set, Carell co-wrote The 40-Year-Old Virgin with Apatow, who in turn assembled a deep bench of comic talent. Namely, Carell reteamed with several of his past co-stars including Paul Rudd, still transitioning into being a full-fledged comedy star despite roles in Wet Hot American Summer (2001), Clueless (1995), and Anchorman. Then, Apatow tapped into his background working in TV, in addition to tapping his ability to groom burgeoning comedic talent.

The 40-Year-Old Virgin succeeds by utilizing Carell’s nice-guy persona he later parlayed into his portrayal of Michael Scott on The Office, and recently flipped in Foxcatcher. Likewise, Seth Rogen, the least likely star of the last decade, leapfrogs from his Apatow TV work on Freaks and Geeks and Undeclared to demonstrate his bona fides. Elizabeth Banks, as Beth, proves her offbeat work in Wet Hot American Summer was no fluke. Kat Dennings, Jane Lynch, and Mindy Kaling have gone onto successful TV careers. Even Kevin Hart and Jonah Hill, who appear onscreen fleetingly, have blossomed into Hollywood success stories.

The film is truly egalitarian, giving each performer an opportunity to make their presence known, from future Oscar nominee Hill talking about the shoes he wants to buy, to Kaling’s date-a-palooza appearance.

If making a film is like hitting a baseball, Apatow’s batting average for converting his cast into stars is .800. (Apologies to Romany Malco.) Perhaps no one benefitted more from her association to Apatow, and her scene-stealing work in The 40-Year-Old Virgin, than his wife Leslie Mann, who spent a decade in Hollywood suffering in films like George of the Jungle (1997) before finally proving her big-league chops. Indeed, Mann-headliners like The Other Woman (2014) may not exist if not for Apatow’s magic touch.

So, in case you’re wondering, who is the Wu-Tang Clan of American comedy? While Judd Apatow may not be an apples-to-apples comparison to RZA, Wu-Tang expanded its vast reach throughout hip hop in the nineties the same way Judd Apatow has unfurled his influence after The 40-Year-Old Virgin. And since, he’s gone onto assisting many other talented up-and-comers to sharing their voice, whether its Lena Dunham, Jason Segel or Trainwreck’s Amy Schumer. But the film that ultimately kickstarted the Apatow reign? The 40-Year-Old Virgin. From discovering talent like Hill, or showcasing unsung actresses like Mann, it is a benchmark for today’s comedy landscape.