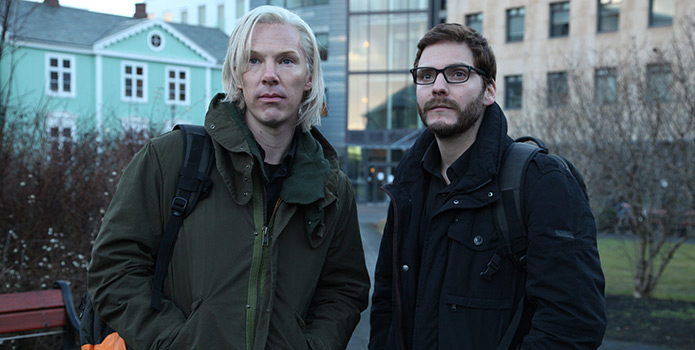 With the 2013 Toronto International Film Festival coming to a close, we put together a small, but hopefully helpful overview of what may be the greatest film festival in North America. Below four of our writers who attended the festival rattle of a pair of their favorites films, along with one dismal movie from TIFF. We hope you enjoy the following. Be sure to leave us your thoughts in the comment section.

As devastating to me as the news of Miyazaki Hayao’s retirement announcement was a similar one from the Taiwanese filmmaker Tsai Ming-liang, whose laissez-faire long takes have created masterpieces of unforced suggestion, performative scrutiny and a profound sense of loss. This potentially final film compounds all three qualities with foregrounded socioeconomic concerns and the expanded possibilities of digital shots. Takes stretch well past the length of an old reel, focused on nothing more than tears pooling in a worn-down man’s nostrils or the play of subtle emotional variance as people stare at a transfixing mural. Whether eking out a living on Taipei’s streets or collapsing inside a house that has decayed to the point of Abstract Expressionism, Stray Dogs generates a sense of loss beyond the romantic and artistic longing of Tsai’s other work. In this case, the people didn’t even lose something; they never had it in the first place.

Claire Denis has always made darkly inclined films, from her demented cannibal picture to her recurring focus on postcolonial shame. Bastards, though, plunges her work into new levels of terror, her elegant, impressionistic imprint given to a story of physical and economic violations. Her intimacy transfers the victim’s feelings of helplessness onto the audience, creating a total discomfort only exacerbated by Tindersticks’ score, which modernizes John Carpenter’s classic electronic pulses without ripping them off. Its coda, a perhaps too-forthright visualization of what had been so vividly suggested to that point, works best as a corruption of the equally jarring finale of Beau travail. Denis’ anger envelops not only the general sensuality of her style but its most specific and liberating manifestations. No escape.

I was fortunate to get an extremely solid selection of TIFF films, avoiding obvious howlers like The Fake, The Fifth Estate and whatever bullshit Kim Ki-duk has made now. Yet while there were undoubtedly worse films at the festival, the failure of Gravity is not, in my opinion, relative. It is as much a colossal void as the vacuum that serves as its backdrop, so relentlessly plot-driven that it resembles a video game not only in its near-total animation but in its stage-oriented narrative movement. Dialogue is a farcical afterthought, an overcompensation for how little the people in this effects extravaganza matter that heaps on stilted backstory in a desperate play for sympathy. Its extended takes are the product of programming, not composition, and the film’s only real innovation is in exploring new crevices of the Uncanny Valley. If this represents the new direction of cinema, I’m getting off the ride.

Gia Coppola’s teenage drama Palo Alto is poetically rendered. It resonates with audiences and gives a voice to a new generation of high school films. With breakthrough performances from Emma Roberts, Nat Wolff and Jack Kilmer, the film is anchored by three prominent characters that can be relatable in one-way or another for younger viewers. The stylistic choices keep the dark elements of the film tasteful; Coppola handles each character’s story with grace. Filled with humour, drama and an innocent quality to juxtapose the hardships these kids go through, Palo Alto is an achievement for its genre, and will shake up and touch those who watch it.

Favorites: The Disappearance of Eleanor Rigby

A film in two parts that deals with perspective in a refreshing and profound way; The Disappearance of Eleanor Rigby is an accomplishment simply in concept. Following a couple who have just experienced a tragic event, when Eleanor leaves her husband, we get two sides to their story. Split into pieces Him & Her, James McAvoy headlines Him where we watch a man struggle to put his marriage back together, and Jessica Chastain displays a woman who needs a new start in Her. As moments of their stories overlap, the film plays with ideas of memory, reality, and perception. It’s a brilliant idea and it is executed delicately.

Nearly two hours into this film, and I still had no idea what it was about. Blood Ties is not just the worst film I’ve seen this festival, it is one of the worst films I have ever seen, period. It’s simply shocking that a cast including Clive Owen, Marion Cotillard and Matthias Schoenaerts signed up to be a part of this. The film seems to be about a bunch of different characters that have had different troubles with the law in the 1970s, centering on two brothers, one a convict and the other a cop. The film is slow, has no plot, and is packed with characters that are all like cardboard cutouts of stereotypical ideas- not even the all-star cast can perform their way into something watchable. Blood Ties is such a waste of time and talent for everyone involved. Director Guillaume Canet has made some great films in the past, so it is astonishing to believe that he is behind the camera for this useless, stupid drivel.

Favorites: Under the Skin

Jonathan Glazer returns to the screen after a nine-year hiatus with Under the Skin, a masterwork of beauty and seduction led by a career-best performance from Scarlett Johansson. The film is a true out-of-body experience, an idiosyncratic mainstay where Glazer calls to mind and reflects on the ways in which beauty and unsightliness play out in strange harmony together. It’s a fascinating, exciting, and baffling wonder that sticks out as the director’s best film so far, an exciting work that will undoubtedly linger for a while. Easily my favorite film of the festival and of 2013 so far.

Favorites: A Touch of Sin

Though I would have preferred to have been more updated on the directorial catalogue of Jia Zhang-ke before watching his latest, A Touch of Sin still works as an accessible and angry treatise on violence in modern China. The film is inherently brutal as its multiple vignettes spiral out of control. These devastating accounts play out in a documentary-fiction fashion, placing the characters out of touch and in supreme conflict with their setting. Some may find the commentary as too on-the-nose, but A Touch of Sin works as it masterfully mixes simple genre elements with intoxicating vengeance.

While definitely not the worst film I saw at the festival, (that title would belong to Gravity), La última película remains an interesting, yet trying and monotonous take on “the death of cinema.” Even at its most intermittently beautiful, the film’s earnest accessibility seems to be halted by the filmmakers believing this is more clever than it actually is. Though it’s increasingly playful and often hilarious, it’s hard to tell how serious we should be taking this film. I’ve never seen anything like it, and while I admire the craft, the film fails to add up to much for me.

I truly cannot comprehend why some critics respond so negatively to this film. The Venice space-set stunner took me by surprise, but deep inside I expected something that defies generic rules and betrays my expectations – at last it is Alfonso Cuaron! After this truly amazing experience not only do I finally understand what 3D was made for, but also why (so-not-miscast!) Sandra Bullock got her Oscar. Hope Cuaron hurries up because I don’t want to wait another six years for his new project. Redefining mainstream without losing its appeal and adding a tad of humour to a doomed-to-seriousness space survival story, Gravity totally won me over. I will see it again and tell all my friends to do so. It’s cosmic!

A film that makes Haneke’s Amour look calculated and less emotionally captivating. At first it irritates, due to it’s chapter structure that constantly ruins the viewer’s focus and emotional involvement. But soon such division reveals itself necessary – a shield protecting us from drowning into the contagious onscreen world of cruelty, violence and despair that can grow only among people who love each other to death. In the film, there is a moment when the policeman explains his daughter why mommy is all covered in bruises. He beats her, but tells the girl that the woman has a rare disease that results in slightest touch turning into a purple, yellow or green mark on her skin. The marks this film leaves on the viewers soul may be invisible, but they are permanent.

Julian Assange is the face of digital revolution and a man who redefined the significance of information in the virtual media. Yet this innovator and groundbreaking mind was portrayed in a film that is totally generic and predictable. A tell-all biography that simply recounts wikileaks story in a chronological order, chapter by chapter. Benedict Cumberbath is convincing and looks sexy in platinum blonde, Daniel Bruhl also helps, but nothing can save this painfully average film. Bill Condon obviously stayed at the level he maintained in his Twilight series latest films.

Here’s a list of every film we reviewed over the past ten days:

A Spell To Ward Off the Darkness

The Disappearance of Eleanor Rigby

‘Til Madness Do Us Part

What films from TIFF 2013 are you all actively anticipating? 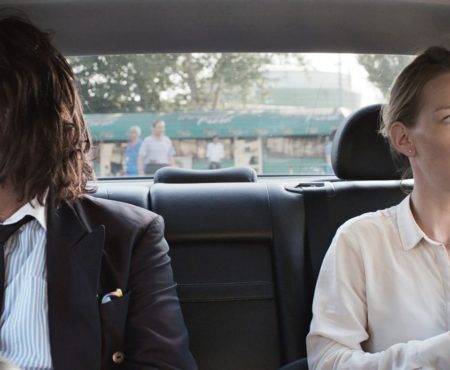 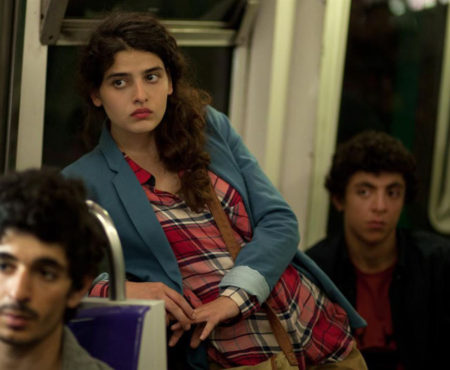 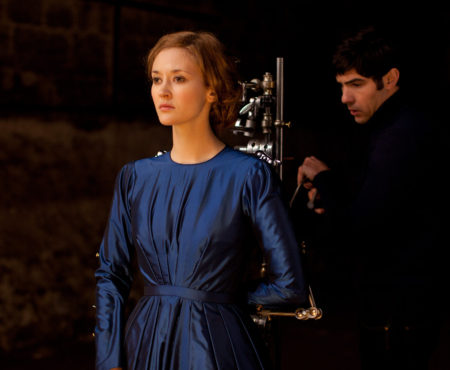