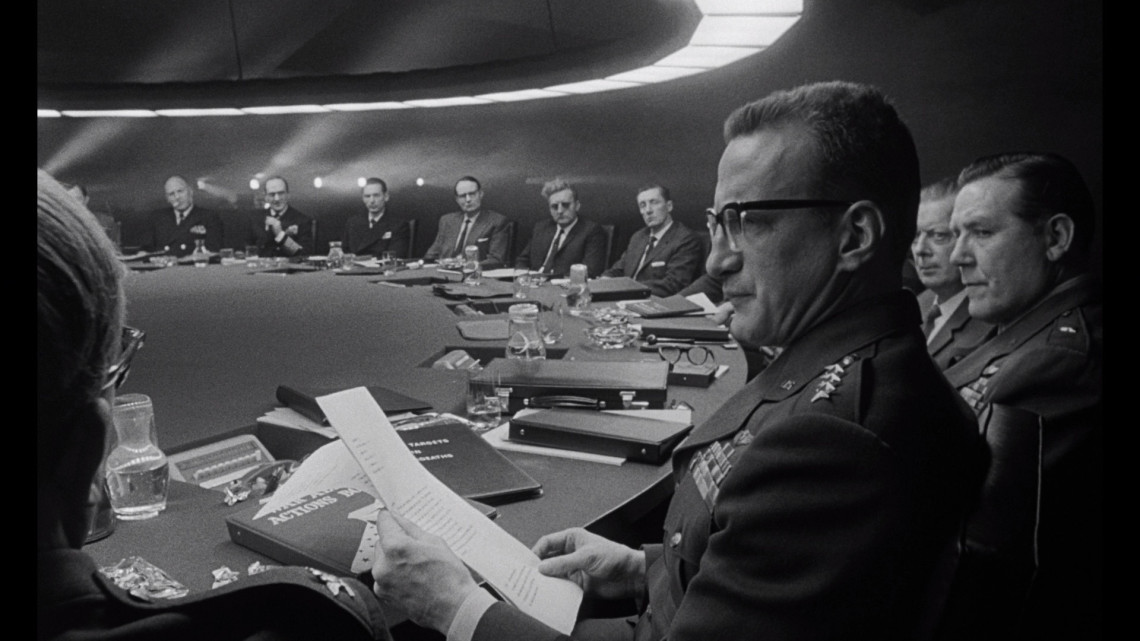 With Election Day here at last, we can finally set aside some time from the day to actually vote. When it’s all said and done, go back home and reflect with some of these better politically-themed films and cartoons.

Bill McKay (Robert Redford) has no hope of winning the U.S. Senate seat for California. McKay got noticed by the Democratic Party for his charm and integrity, but he is running against an unbeatable incumbent. The film was made in 1972, before Watergate inspired decades of cynicism in U.S. politics, but the bite of suspicion in political machinery is there. However idealistic any candidate starts, eventually the campaign eats them alive. Nowhere is that more clear than the closing line of the film: “What do we do now?”

2) Dr. Strangelove, Or How I Learned to Stop Worrying and Love the Bomb (dir. Stanley Kubrick)

During a showdown between the U.S. and the Soviet Union, one crazed general could very well decide the fate of the entire planet. Granted, this was much more popular during the Cold War, but Stanley Kubrick’s classic has held up much longer than other political satires of that era. Peter Sellers pulling triple-duty is also a must watch experience for the uninitiated.

A tightly contested election between two very different high school candidates is decided by a few ballots being tossed in the garbage by the teacher trusted with overseeing it all. That Alexander Payne predicted the eventual Bush v. Gore outcome a year before it occurred speaks either to his cognitive powers or the predictable behavior of the system-at-large.

Not specifically about the political process, the Coen brothers retelling of The Odyssey still offers some choice jabs at politicians. Three brothers who have escaped from prison unwittingly become social pawns in a gubernatorial race in Mississippi. The real lesson behind this film is: if you are an unpopular candidate, stand behind someone with public sentiment on their side and win the election. It’s that easy.

Jay Billington Bulworth has reached his limits as a career politician, he wants to cash in on his life-insurance policy, but suicide won’t allow his family to receive the benefits. What better way to turn the public against you than saying whatever you want, right? I could recommend this film alone for Warren Beatty rapping. Let me repeat that: Warren Beatty raps.

When Springfield faces imminent destruction at the hands of a comet, Congress springs into action with a bill that would evacuate the town. Eventually the bill is defeated when a free rider adds an amendment that would provide 30 million dollars for the perverted arts. All Kent Brockman can say afterward? “I’ve said it before and I’ll say it again: Democracy simply doesn’t work.”