Fathers are supposed to care, provide, love, and so on. Not these fellas. Instead, these cinematic patriarchs drink, kill, molest – you name it, all to unnerving degrees. Like a train-wreck, you can’t help but watch in fascination and horror. And this is a difficult list to justify without dishing spoilers. So, if you haven’t seen some of the films below, just trust that these despicable fathers occupy the screen in depraved ways.

Note: The evil stepfather figure is a little too easy to vilify, so I’m sticking to birth fathers only (with one minor exception, which, again, I’m not going to mention specifically as a means of avoiding spoilers). Don’t forget to share your favorite worst movie dads in the comments!

It’s all about Huston’s final moment on screen – the way he slowly moves in to consume his granddaughter through manipulative charm. The way he calmly wards off Faye Dunaway’s hysteria. And the way he shields his granddaughter’s eyes, hiding her from horror, but shortly to present her with far worse. I’ll never get those images out of my head. 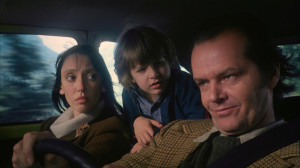 Arguably the most famous worst dad in the history of film, there’s no end to my admiration for Nicholson’s go-for-broke work in The Shining. One of the best things I can say about this performance is that it’ll ever lose its effect. Most have seen Nicholson’s work in this film a few times over, and it still haunts. 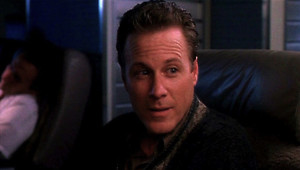 I mean seriously, what kind of father forgets his son at Christmas, flies around the world, and, upon learning of his missing kid, acts nonchalant about the whole ordeal? Twice. 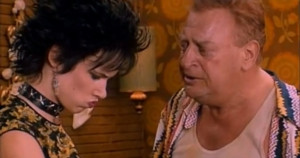 Part of the brilliance of this performance is that director Oliver Stone executes Dangerfield’s scene in the style of a television sitcom, laugh track included. So, although we’re repulsed by Ed Wilson’s verbal threats, physical abuse and sexual advances, we can’t help but (dare I say) laugh at how it’s being played out. 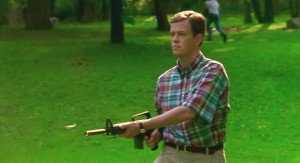 One of the best, most underrated performances of the ‘90s, Baker’s Bill Maplewood is a disgusting, suburban pedophile perfectly content with who he is. There’s an indifference to Baker’s work here that makes it so effective. In one scene, old Bill describes to his son in graphic detail about the crimes he’s committed. The monologue is so intense, director Todd Solondz shot Baker’s coverage when the younger actor wasn’t even present. It’s really heavy. 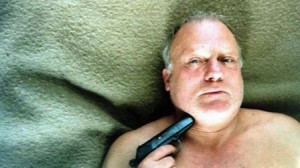 I don’t have enough space here to fully divulge why The Butcher deserves to be on this list. If you haven’t seen I Stand Alone, maybe you’ve heard about the title card that director Gaspar Noé flashes on screen directly before the film’s climax. The way it urges those who are faint of heart to leave the theater immediately. That may be the most considerate thing Noé has ever done. 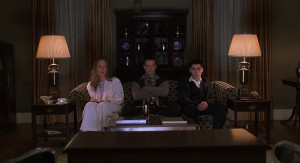 Of all the bad dads on this list, Col. Frank Fitts might be the most real. I’m not talking about the murderous and homosexual aspects of his personality, but rather the general insignificance he carries toward his wife and son. The most telling moment of Cooper’s work in the film is the scene in which he sits on the couch with his wife, laughing at a cheesy military program on television. His son comes home, and Cooper’s entire demeanor changes instantly. I was fortunate enough to be raised by a man who is the exact opposite of Col. Frank Fitts, but some of my friends experienced that type of disregard first hand. Such accurate work here. 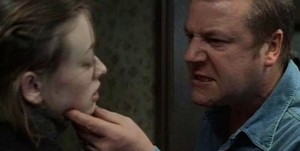 Again, tough to talk about Winstone’s haunting work in The War Zone without revealing too much. During a screening of the film at the Toronto Film Festival, a gruesome sequence involving Winstone forced a male attendee to run out of the theater screaming “I can’t take it!” over and over. Director Tim Roth chased him down and tried to calm him in the theater lobby. So… abandon all faith, ye who enter here. 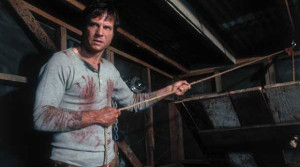 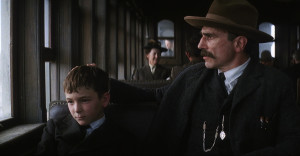 I truly think there was a time Daniel Plainview cared for his son, H.W. It was right up until the moment H.W. stopped being a marketing commodity and thereby made himself useless to Daniel’s business ventures. When he stopped being necessary to fulfill Daniel’s greed, he was quickly disregarded. That’s cold, pops.