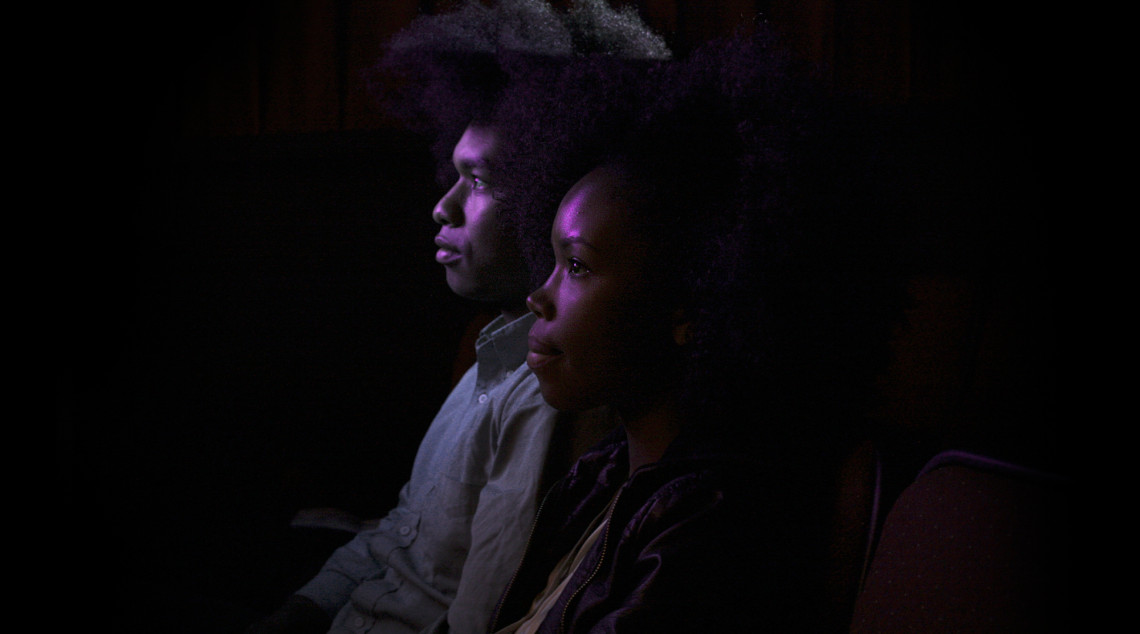 Possibly 2013’s most misunderstood gem, Paul Schrader’s latest film received more than its fair share of pans, but is truly one of the more entrancing cinematic experiences of the year. With another performance proving that we may be hitting a point in star Lindsay Lohan’s career that sees her receive a second lease on cinematic life, Schrader’s film is icy cold, with a deadness to it that posits that very sense of detachment as a calling card for a generation rotting away with every second spent in front of their phones. Sleazy and vulgar, this scathing take on the modern American Dream is as thoughtful and engrossing a film as you’ll find from this year in cinema.

8. Night Across The Street

From filmmaker Raoul Ruiz, this film is yet another bit of proof that he’s one of the most entrancing cinematic voices we have today. A film that seemingly blurs the line between imagination and reality, this film is Ruiz’s final picture, and yet feels like it came out of the mind of a man just starting the prime of his career. Thoughtful and deeply insightful, this film may bewilder many aesthetically, but with its truly engrossing themes and philosophical leanings, it will enrapture those willing to go on the ride it sets out. As rooted in real ideas as it is in Ruiz’s cinematic flights of fancy, this is truly as singular a picture as 2013 gave us.

7. All the Light In The Sky

Hitting VOD and theaters near the end of this year, the latest film from director Joe Swanberg takes a decidedly quiet turn after the director’s earlier 2013 gem, Drinking Buddies, but may be his greatest work to date. With an airy aesthetic that matches the film’s central premise, this look at aging in this modern world is living and breathing proof that Swanberg is becoming one of American cinema’s most important and mature voices. With muted direction and a lead performance, from Jane Adams, that is as deserving of praise as any lead performance this year, this seemingly light picture is one of the most provocative and thoughtful films of 2013.

One of film’s most underrated directors, this new film from director Francois Ozon is one of his greatest yet. With award-worthy turns from actors like Kristin Scott Thomas and newcomer Ernst Umhauer, this tense and taut thriller is a distinctively dark look at class voyeurism. A bleak dead pan comedy, this beautifully written picture is an assured and evocative film that blends tones in a way rarely seen today. A story about the multiple layers of human relationships, this picture, based on Juan Mayorga’s play The Boy In The Back Row, Ozon’s film is yet another bit of proof that he’s a cinematic great.

Few performances this year are as breathtaking and unflinching as Juliette Binoche in this unsung gem of world cinema. Proving she may be today’s greatest actress, Binoche’s performance here as the troubled sculptress Camille Claudel is very well this year’s best performance. A tragic yet deeply powerful and humane look at this tortured artist’s time in a church-run asylum, Bruno Dumont’s film is restrained and deeply thoughtful; a wonderfully pensive blend of political commentary and character study. Stunning photography adorns this film, which itself may be a tough watch. But it’s rewarding watch.

4. Which Way Is The Front Line From Here

In a year that has become one of documentary cinema’s greatest years, this may be one of its must underrated. The latest film from director Sebastian Junger, this love letter to his fallen comrade, legendary photojournalist Tim Hetherington, is a touching meditation on the true meaning of war. The meaning of war is not the battles being fought of the nationalism it inspires; it’s the idea of the certainty not only of death, but of the loss of one’s brothers and sisters. Ending with one of 2013’s most heartbreaking codas, Junger’s film is a deeply personal look at a man who was willing to do anything and everything to give a voice to those who are truly voiceless.

From director Joachim Lafosse comes this breathlessly tense look at love and family, in what may be as muted and naturalistic a melodrama as we’ve ever seen. Described by yours truly as a blending of a familial horror story with a neo-realist aesthetic, this film is a film that names like Roberto Rossellini and Ingrid Bergman would have conspired to make. Unforgettable, devastating and brilliant, this is one of the truly great foreign language films of 2013.

One of the longer viewing experiences of 2013, Fredrick Wiseman’s behemoth four hour documentary look at the University of California-Berkeley, one of the world’s great public institutions, is also one of its most rewarding and oddly rewatchable. Feeling like a quarter of that runtime, this briskly paced look at the human spirit and its consistent need for intellectual growth is a testament not only to Wiseman as a filmmaker, but film as a medium and its ability to enrapture a viewer. Open entirely to personal interpretations, this film may seem aesthetically unwieldy but instead, its lack of editorializing makes this film a beautiful look at the modern educational system.

1. An Oversimplification Of Her Beauty

Love, as a cinematic idea, has been mined for seemingly thousands of great motion pictures. Even in 2013, various films took this human emotion and its relationship to the human experience, and gave us great films. However, none are as potent or as singularly made as Terrence Nance’s debut masterpiece. A deeply unforgettable look at love as a living, breathing thing, Nance’s film spins one moment in a young man’s life, the canceling of a date with his girlfriend, and turns it into a meditation not only on this man’s entire romantic existence, but on the idea of love as something more than just an emotion. Blending live action filmmaking, animation and every other type of cinematic aesthetic one could imagine, Nance’s film is a thrilling and bewildering film from a thrilling and bewildering cinematic voice. It’s truly the best film of 2013. With a bullet.