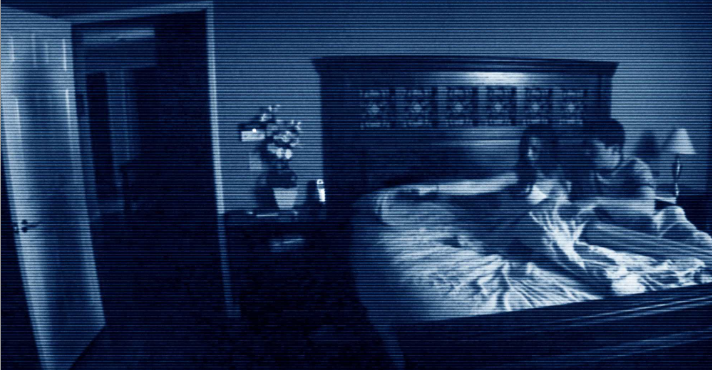 I typically try to avoid found footage flicks at all cost, but occasionally, I find one worth mentioning.  And while the found footage genre is mostly limited to horror films (and mostly awful ones at that) many decent films in many different genres have used the narrative device. Whether they scare, shock or fascinate, the 10 found footage films below get it right.

Note: The films below use the found footage technique for their full duration. Other films (such as The Last Broadcast, Chronicle and End of Watch) use the device when it’s convenient, and thereby were not considered.

The Last Exorcism hooks me instantly because it manages to put a fresh spin on a wasted idea. In the movie, two documentary filmmakers follow an evangelical minister as he attempts to perform what he declares is his final exorcism. The catch is, Reverend Cotton Marcus is a complete fraud. He doesn’t believe in demons, he doesn’t believe in exorcisms, and he’s recently begun to question his faith in God. Cross cutting Marcus performing an exorcism with clips of how he plans to stage that exorcism, is ingenious. He is, in effect, a magician revealing his tricks. He believes that exorcisms are complete nonsense. So what happens when the faker comes head to head with someone who isn’t faking? 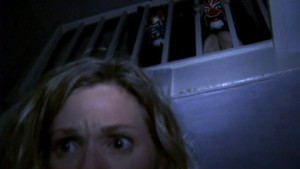 Living in a secluded home in upstate New York, a kind Lutheran preacher and his psychologist wife become increasingly distraught by the behavior of their 10-year-old twins. What starts as kids acting out (throwing rocks, refusing to speak or eat), quickly turns into animal cruelty and random acts of violence. On the surface, Home Movie appears to be a mash-up of horror film clichés, but thankfully director Christopher Denham does his best to make the film unique. Sure, like most found footage films, Home Movie grows repetitive, but it culminates in a truly creepy sequence that may reinforce your desire to practice birth control. 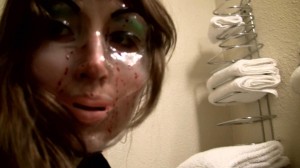 I am as surprised as anyone by how much I love V/H/S. Ever since Paranormal Activity reminded people that a small budget with a found footage formula can equal big dollars, there seems to be a new film of this kind released every week. I like very few of them, and love almost none, but for whatever reason, V/H/S is different. While some of the segments in this anthology film are stronger than others, I enjoy them all for different reasons. And frankly, the polarizing reaction of this film only makes me appreciate it more. 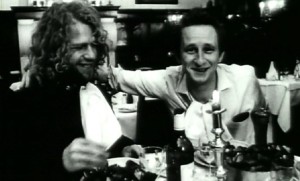 The most disturbing aspect of this film isn’t that we watch a few filmmakers chronicle a charismatic serial killer doing horrible things. It’s that, once the filmmakers begin to participate in the killer’s crimes, Man Bites Dog turns from dark satire to a society-reflecting horror show. Basically, the movie does what it can to make crime look fun, and that is bloody terrifying. But, for the purposes of a found footage film, definitely effective. 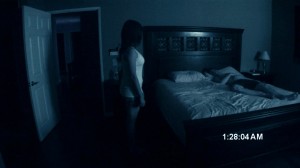 I don’t care what anyone says: if you saw Paranormal Activity when it first hit theaters (which is to say, at a midnight showing with hundreds of strangers), you were scared. Yes, the effect of the film is drastically lessened if you watch it on a Sunday afternoon in your living room, but when this thing first hit, it had people shook. I couldn’t get a good night’s sleep for days after first seeing it. And that never happens to me. 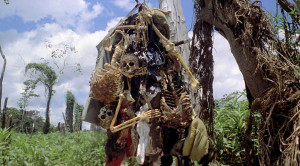 I had heard how dreadful Cannibal Holocaust was long before I actually sat down to watch it. I heard how director Ruggero Deodato was arrested after it was released, because people thought the violence in the film was real. I heard about the film’s grotesque cruelty against animals, its obsessive realism – I had heard it all, and I thought I was well prepared.

Wrong. Nothing can prepare you for this movie. It’s worse than you think. 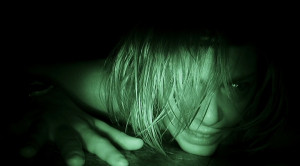 If there is a universal criticism against found footage films, it’s that the suspense is always wildly uneven. There’s an extended build up, then a release of terror. Build up, release. Repeat. Repeat. Extended suspenseful conclusion. Credits.

The Spanish horror film [REC] is smarter than that. Once a television reporter and her cameraman come across a story of the supernatural by chance, the action never ceases. Scares are constant and increasingly more unnerving. It’s a fantastic horror film that never lets you breathe. (Also, props to [REC]’s sequels and its American remake, Quarantine.) 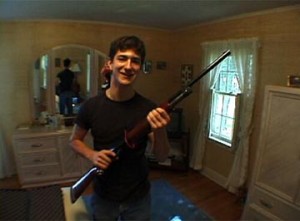 Zero Day is a little-seen but no less haunting depiction of two high school kids patiently planning a Columbine-like massacre. Shot for a mere $20,000, the film is unpolished, raw, and deceptively real. So real that, when a user uploaded the climax to Zero Day on YouTube a few years ago, many confused it with the actual footage from Columbine. In no way is Zero Day an easy film to stomach, but, for better or worse, it is extremely authentic. 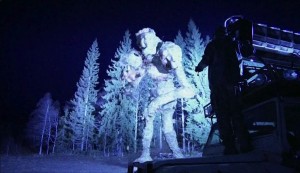 What I love most about André Øvredal’s Norwegian thriller, is how convincingly it owns its own material. Many movies present a story of obvious fantasy and spend the duration of the running time debating if that fantastical element is indeed real. But soon after a group of college kids discover that bear poacher Hans is actually paid to kill trolls for a living, most everyone in Troll Hunter accepts their reality. Beyond the film’s purposeful lack of denial, Troll Hunter is a captivating suspense thriller that culminates in arguably the most exciting conclusion of any film on this list. The movie should in no way work, but boy does it ever. 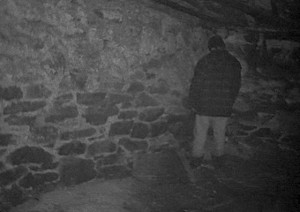 For my money, there’s simply no arguing against the impact of The Blair Witch Project. In fact, my defense of the film is identical to that of Paranormal Activity. If you were living in America in the summer of 1999, then you knew about this weird little movie called The Blair Witch Project. You knew the basic premise of the story, the grainy composition of the film, and, if you were lucky, you knew the film was real.

The Blair Witch Project was made for a little over $20,000, and after it was picked up by Artisan at Sundance, the studio spent $25 million convincing the world that the film was entirely true. During the two months before this film’s release, you couldn’t go anywhere without hearing people argue as to whether the movie was real or not. Excitement built, expectations peaked, and once we saw the movie, it scared the living hell out of us.

But the real question is: does The Blair Witch Project hold up? Is it as scary now as it was when I first saw it in a packed, pitch-black theater (with false assumptions that it might actually be true)? No. But nothing will ever compare to that experience. The Blair Witch Project wasn’t the first found footage film, and it certainly wasn’t the last, but it remains the most genuinely effective movie to utilize the narrative device yet.