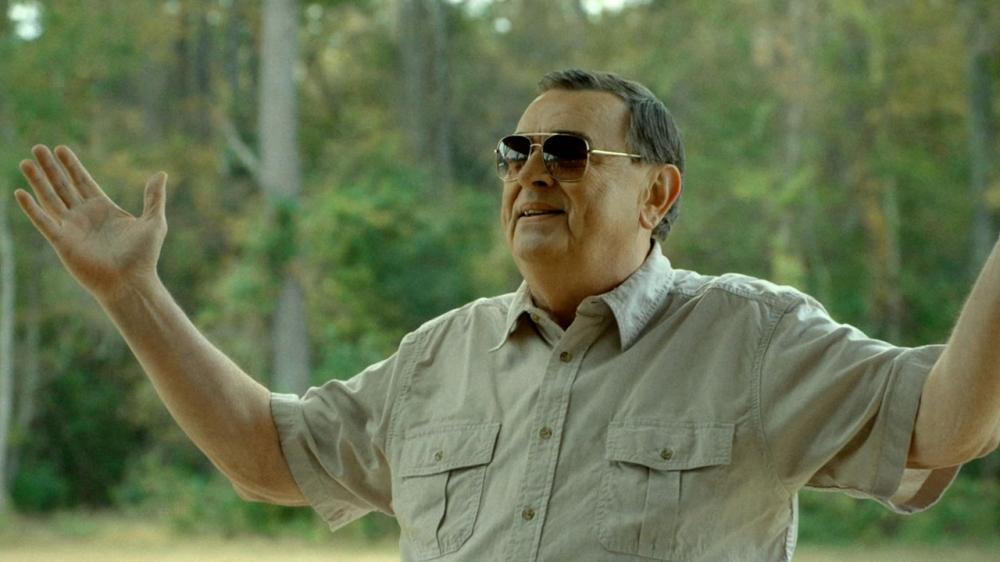 “The Sacrament” Exploits Tragedy For Thrills And Meaning

Ti West is nothing if not obsessed by the past. In point of fact, the guy has built most of his career on dipping into the well of 60s-80s horror, drawing on notable niches of both eras to provide blueprints for movies ranging from House of the Devil to The Innkeepers, with varying degrees of success. In this regard, The Sacrament, West’s latest film, is no different from the rest of his body of work, with one alteration; here, the past is an anchoring narrative element that gives the picture roots rather than merely style.

That makes The Sacrament a bit of a reversal from what we’ve come to expect of West as a director. With his newest slow-burn effort, he’s turned to cultural history over cinema for inspiration; instead of shooting a movie about Rosemary’s Baby or The Shining, he’s made a movie about Jonestown. The results bear his personal stamp as an artist – his DIY philosophy and deliberate pacing – but the film almost feels revelatory regardless. This is a more focused and intentional West, a West with something to say about the world at large and not just the films he likes.

Most importantly, this is a West in full control of his talent for fostering suspense. He begins in the offices of Vice, where Sam (AJ Bowen) and Jake (Joe Swanberg) are conscripted by Patrick (Kentucker Audley) for a personal assignment: travel to an undisclosed location in an unknown part of the world to find Patrick’s sister, Caroline (Amy Seimetz). Turns out Caroline has done away with civilized society and joined Eden Parish, an off-the-grid commune founded on such radical, progressive principles of unity, self-sufficiency, and tolerance that it resembles a contemporary utopia. Which, of course, means that there’s something utterly rotten lying beneath its idyllic, socialist veneer.

What a difference perspective can make. It’s easy to admire The Innkeepers for its charm, humor, and spookablast delights; it’s understandable why one might fall for the creeping dread of House of the Devil. Even The Roost has an infectiously scrappy moxie. But The Sacrament has momentum from the moment the cameras start rolling. We know something is afoot at Eden Parish by virtue of the fact that we’re watching a horror movie, but West teases the sinister details in fits and spurts, using human drama as connective tissue. The film proves compelling even when it’s just about modern men standing dumbstruck by the simplicity of the alien world they’re treading through. 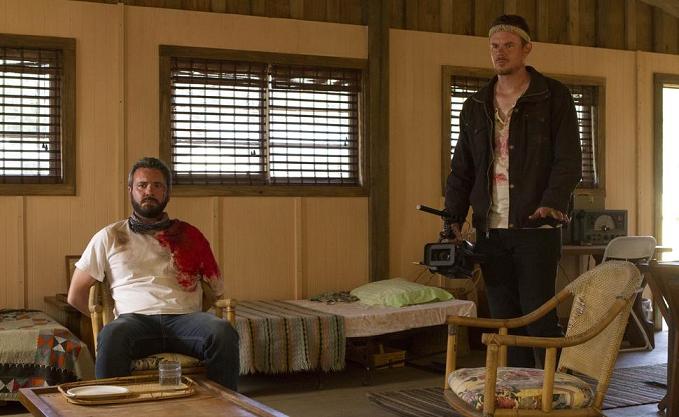 Roughly one-third of the way through its running time, West introduces Father (Gene Jones), the man responsible for establishing the commune, and suddenly The Sacrament‘s tone becomes downright gelid. As played by Jones, Father has an unshakable cult of personality; he’s the unctuous sort of person whose honeyed words almost betray his mania. His first scene, an interview with Sam in front of Eden Parish’s entire congregation, is riveting, the stuff of real, human horror, so authentically unassuming that we’re tempted to buy into the promise of paradise. No racism? No poverty? No social inequity? No injustice? No wonder Father has such gathered such a large flock. His charisma is boundless.

We see all of this through the lens of found footage, that much-maligned lazy man’s approach to cheap scares. West has fumbled with this sub-genre before – see his disastrous contribution to horror omnibus film V/H/S – but he clearly learned from the experience, as The Sacrament feels slick and sharp without ever breaking its illusory lens. He makes a number of shrewd decisions from the film’s outset (casting Bowen and Swanberg as Vice employees is a stroke of genius), but his choice to funnel his vision through an aesthetic that hinges on maintaining the appearance of veracity may be most essential to its efficacy. As West sticks the landing and brings the tale to its inevitable conclusion, we’re left with a thought: maybe we don’t need movies about demon worship or vengeful ghosts. Human nature is terrifying enough.