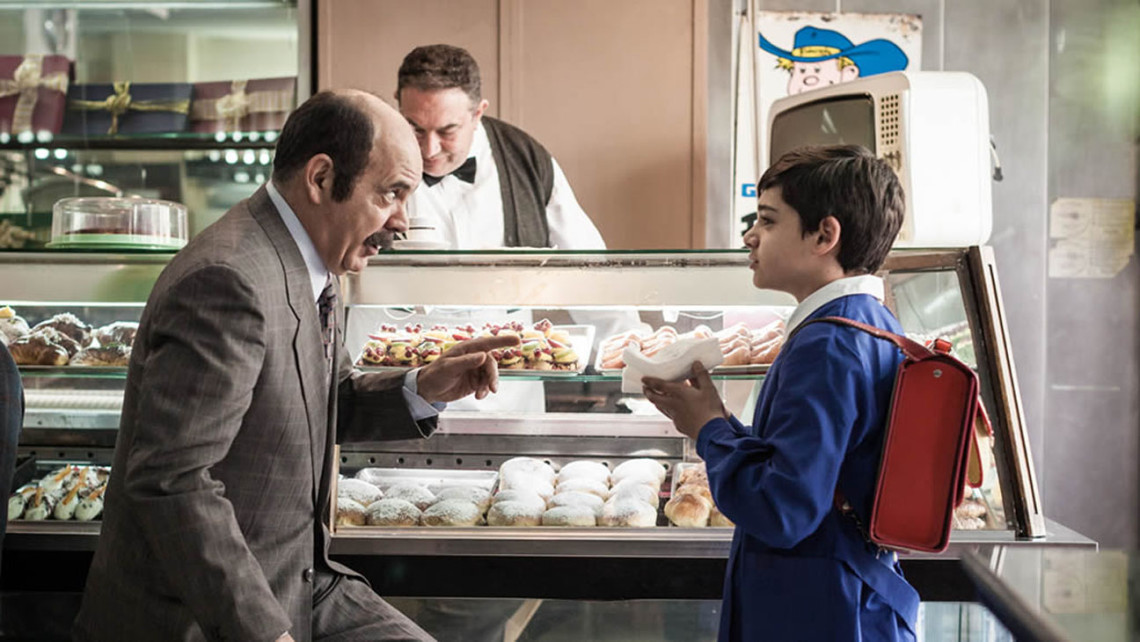 “The Mafia Only Kills in Summer”

“Nun sacciu, non vidi, nun ceru, e si ceru, durmivu”, the old Sicilian adage tells us; “I know nothing, I didn’t see anything, I wasn’t there, and if I was there, I was sleeping.” Had the sage responsible for concocting this well-worn proverb been fonder of brevity, it might make a good tagline for Italian actor and filmmaker Pierfrancesco Diliberto’s directorial debut, the coming-of-age period comedy The Mafia Only Kills in Summer. Diliberto’s film is both a chronicle of mob rule in Palermo from the 1970s to the 1990s and a quiet critique of the code of silence adhered to by city locals when it comes to all things Cosa Nostra. In between these two axes, or perhaps layered upon them, he even finds room to squeeze in a sly satire of sensationalist media. Suffice to say that his work isn’t lacking for material.

But The Mafia Only Kills in Summer’s roots in true life demand a caveat: maybe crack a textbook or five on Sicily’s relationship with organized crime before watching. Diliberto isn’t such a clod that he tells his story of young love as it segues into adult travails without providing his audience with context, but as befits an Italian narrator, he does so rapidly and without pausing for a recap. To a limited extent, the film assumes you know all of this stuff, that you’re at least cursorily familiar with the barbaric violence Totò Riina and his army of capos visited upon the region for decades after rising to power in the 1960s. Diliberto doesn’t hand-hold in the slightest. He does, however, deploy background carefully. Attentive viewers should have no trouble keeping pace with his brio.

The Mafia Only Kills in Summer uses the sweet-demeanored Arturo as its anchor. In the present, he’s portrayed by Diliberto, while in the past he’s embodied by Alex Bisconti. The film is roughly divided in two halves, the first apportioned to Bisconti, the second to Diliberto; in both, Arturo strives to carve out his path in life while pining for the lovely Flora (played in turn by Ginevra Antona and Cristiana Capotondi). Arturo is a good kid, earnest as all get-out and head over heels for Flora, whose attentions he fails to win thanks, in part, to a conniving classmate. If there’s a real stumbling block with Arturo as a character, it’s that he’s defined almost solely by the fact that he likes Flora. We were all children at one point or another, and the pull of youthful infatuation is indeed so strong at times that it becomes the biggest part of who we are. All the same, the protagonist’s depth holds the film in neutral until Diliberto starts introducing bigger ideas and aspirations into his plot.

The more Diliberto expands The Mafia Only Kills in Summer’s elements of corruption, the more the film picks up steam. Before too long, Arturo starts to develop investigative aspirations; the world of journalism calls out to him and he answers eagerly. This is where things become interesting, and where Diliberto slowly but shrewdly cracks the veneer of his principal’s worldview. Nothing is as it seems in Palermo, we’re eventually told, and nothing underscores that more painfully than Arturo’s realization that his role model, Giulio Andreotti, happens to have Mafia ties. (If “spoiler alert” rests on the tips of your fingers, just remember that we’re talking real-world history here. This isn’t Game of Thrones.) Growing up inevitably means the loss of innocence, so the payoff would be inevitable even in a yarn of pure fiction. All the same, the devastation is genuine.

So as not to present a dishonest perspective on Diliberto’s picture, The Mafia Only Kills in Summer does live up to its billing and supply us with laughs. It’s an amusing film with a winning sense of humor – Diliberto, who almost reads as an Italian cousin to Jay Baruchel, is particularly good once it’s his turn to take the spotlight – but as effective as they are, the punchlines don’t resonate quite as much as the picture’s overarching feeling of grief over lives lost in mafia hits and gratitude toward the people who died to put people like Riina away. This is a movie that takes its entertainment, as well as its subject, very seriously, as it should.