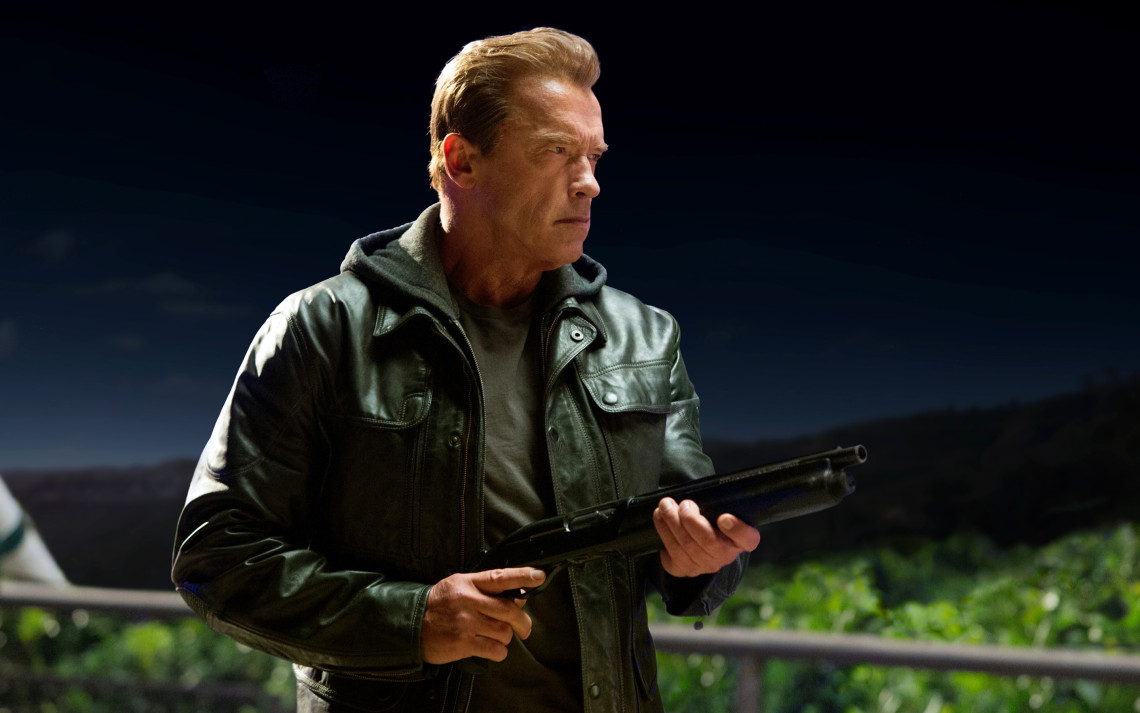 To watch James Cameron’s 1984 The Terminator again is to marvel at its ruthless narrative efficiency and the craft of making a great deal out of very little. It’s such a tightly scripted, self-contained little B-movie masterpiece that the film demanded a series of sequels about as much as Jaws did. But Hollywood economics being what they are, we got them all the same – subsequent installments plus a TV series making a good deal less out of an awful lot more, generally landing somewhere between okay and not very good, save for Terminator Salvation, which flat-out sucked.

(Sidebar: I understand this is heresy in some circles, but I remain mystified by the hallowed reputation of Terminator 2: Judgment Day. Despite the expert action sequences and groundbreaking special effects, it showcased Cameron’s increasing tendencies toward the bloated and maudlin, not to mention a cuddly, non-lethal Schwarzenegger at his most image-conscious and family friendly – almost as if he were gearing up for a political campaign of some sort.)

A pointless but not unentertaining diversion, Terminator Genisys exists for the same reason a dog licks his balls: because it can. The rights became available and lord knows Arnold could use a hit now that his rather fascinating post-gubernatorial comeback attempt has petered out. It’s not a bad night out at the movies, horribly miscast but for the most part playful and fully accepting of its own absurdity. Schwarzenegger is terrific in it.

We begin where we’ve been before, in 2029 as future rebel leader John Connor (Jason Clarke this time) sends his best friend/dad, Kyle Reese (Jai Courtney, the poor man’s Sam Worthington, which is very poor indeed) back in time to 1984 to go protect his mom from a killer robot assassin and knock her up while he’s there. But a funny thing happens when Kyle lands naked in the 1980s: Sarah Connor (now the dire, chirpy Emilia Clarke) is already a gun-toting badass and suddenly she’s the one protecting Reese from a liquid metal T-1000.

Seems the timeline got messed with a bit when Skynet sent back a subsequent hit on Sarah at an even earlier age, so now ever since the age of 9, she’s been raised by a poker-faced T-800 that Sarah calls Pops. Played with cool gun-metal gray hair by Schwarzenegger, Pops is an endearingly monosyllabic robo-coot. (There’s a bit of lip service explaining why an android now looks 67 years old. Roll with it.) Director Alan Taylor has a grand ol’ time replicating the shots and settings from Cameron’s first film while springing twists on familiar scenes. Amusingly enough, Schwarzenegger even ends up duking it out with a spiffy, digitally enlarged and de-aged version of his younger self.

Much like Back to the Future Part II, Terminator Genisys goofs on the more-of-the-same sequel formula by having characters run around messing up stuff inside the original picture. There’s an intriguing, farcical quality to these early sequences that unfortunately gets ironed out when we settle into a more conventional narrative and our trio re-convenes in 2017 to prevent yet another Judgement Day. In a clever idea that sadly never goes anywhere, Skynet has now become a coveted mobile phone application and mankind is eager to download the seeds of our own destruction. Alas, all this really means is that our heroes have to go blow up a building full of computers again. Still, the movie cruises along at a clip, directed by cable TV-vet Taylor with cool competence and little visual inspiration.

But there’s a much weirder film lurking in-between the setpieces.  Eventually, Sarah and Kyle are gonna have to bone if the world is to be saved, yet Schwarzenegger’s Pops is always hanging around like an overprotective cyborg chaperone. There’s a strange screwball tone to a lot of this dialogue that’s fairly mangled by the charisma-free turns from Courtney and Clarke – though occasionally you can see where it was supposed to land and that’s a very odd place indeed. The banter is bizarrely jaunty, considering we’re talking about an impending robot apocalypse.

Course-correcting wide from Salvation’s dreary humorlessness, Terminator Genisys is goofy and irreverent in ways that already seem to be rankling the franchise’s fanboy devotees. Our heroes end up getting arrested in a sight-gag-riddled, mug-shot montage scored to the “Bad Boys” theme song from “Cops,” which makes one wonder if the filmmakers’ pop-culture references also did a bit of time-traveling. (I laughed, sue me.) We’ve also got a hilarious supporting turn from J.K. Simmons as a beat cop who witnessed the robot action back in 1984 and has been an alcoholic tinfoil-hat conspiracy theorist ever since.

Shame about that casting, though. Not sure why Hollywood keeps trying to make Jai Courtney happen but he’ll probably be gone the way of Worthington by the time you finish reading this piece. Emilia Clarke has nothing on Linda Hamilton, especially since she appears to be about 16 years old. However, Schwarzenegger is so fantastic you’ll wish the movie gave him more to do. (Genisys pretty much grinds to a halt whenever he’s offscreen, which is too often.) Effortlessly sliding back into that old biker gear with deadpan aplomb, he’s in complete control of an extremely witty physical performance, turning a slight downward glance into the best dick joke of the summer. In his advancing age, Arnold’s become much less of a ham and he’s way funnier for it.

As much as I enjoy spending time with Arnold Schwarzenegger these days, that still doesn’t mean this movie has any compelling reason to exist beyond a studio’s balance sheet. But insofar as this year’s nostalgia wallows go, I’ll take this one over the sour, smarmy Jurassic World if only because it feels eager-to-please and doesn’t point fingers scolding the audience for wanting what it delivers. It was only during the obligatory mid-credits stinger that negates our hard-earned ending and re-boots for the next sequel that I shuddered to realize Terminator Genisys represents the future of franchise filmmaking: Familiar characters running through endless riffs on familiar scenes from movies three decades old now, borne back ceaselessly into the past.