When thinking of director, legend, auteur Spike Lee, a few things come to mind. However, few things, if any, are as definitive as the director’s calling card, the “double dolly” shot. Giving, for a moment, the film a dream like feel, this definitive Spike Lee shot finds the central character seemingly floating in mid air, more often than not staring directly into camera. So, since we here at Movie Mezzanine have decided that this will be a week of Spike Lee (in honor of his upcoming film Old Boy), what better way to honor the filmmaker than look at what may be his most iconic shot.

One of the most inventive double dolly shots comes from one of Lee’s most underrated films. While there are admittedly two double dolly sequences here, the second is itself an ultimately fine but underwhelming sequence, particularly when compared to the first, stylistically challenging moment. Featuring evocative direction and photography, this breathtakingly drug-fueled sequence finds our lead, played by Zelda Harris, forced to sniff glue, only to take this act and use it as a launching pad for one of Lee’s most elaborate sequences. The second dolly sequence is forgettable, but with this first crane-aided sequence firmly among some of Lee’s most groundbreaking shots, this film lands a top five spot amongst the greatest uses of Lee’s patented double dolly shots. 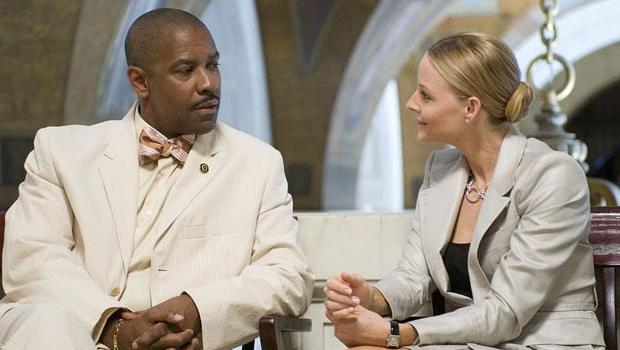 A strictly personal choice. One of the most memorable double dolly sequences, if only because it is one of Lee’s most percussive. Seemingly coming out of nowhere after the murder of a hostage at the hands of Clive Owen’s bank robbing Dalton Russell, Inside Man contains one of Lee’s most volatile and truly punctual shots. Tossing the viewer into a world of hysteria and panic, the sequence gets a great turn from Lee muse Denzel Washington, combining a sense of unhinged style unlike anything found within much of Lee’s canon with an ever-growing sense of anger found behind the eyes of Washington. Truly unlike any other double dolly shot found within Lee’s oeuvre, the film turns on a dime following this sequence, one that is as vital and timeless as this underrated crime picture itself. 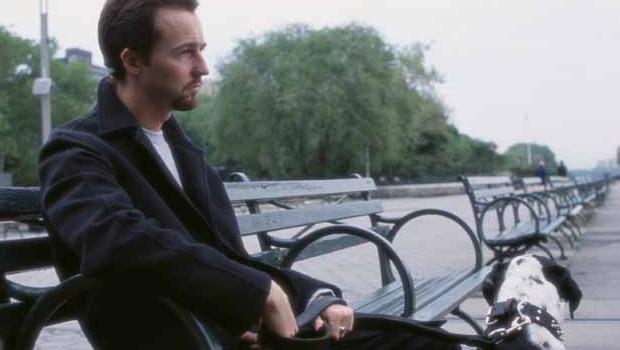 Maybe it’s because it’s the film that features the most double dolly sequences, but the trio of DDs found within Lee’s New York masterpiece, 25th Hour, are three of the filmaker’s best. With the film’s lead threesome, Ed Norton, Anna Paquin and Philip Seymour Hoffman, leading each of their own respective sequences, each one hints at different aspects of each of the characters, particularly the latter. Hoffman’s sequence is one of the most powerful and truly entrancing sequences in all of Lee’s canon, while Paquin’s double dolly sequence features one of her best bits of acting to date. Toss in Norton’s odd from-behind double dolly shot, and you have a trio of moments that prove Lee as not only a great filmmaker, but an artist with the ability to tell stories with just a pair of dollies and some powerful work from his actors. 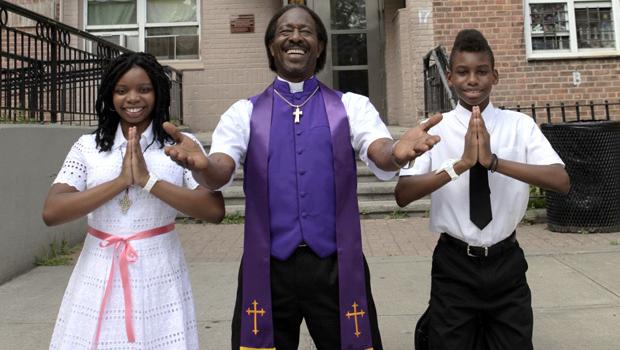 While Lee’s films can often be described as truly angry, very few of his double dolly sequences are quite as seething and visceral as this one. Placed within an admittedly polarizing film (this writer finds it to be a powerful, if minor, entry in Lee’s filmography), this startling sequence is all but polarizing. Breathtakingly visceral in its portrayal of a man’s ever growing anger, the sequence is not only beautifully made and wonderfully acted by actor Colman Domingo, but also sends the film into a world that it didn’t seem interested in touching on previously. Turning from a story of one generation trying to connect with another into something far more intense and far more angry, the film takes a swerve with this moment, and never looks back. Very few moments in Lee’s pictures have become such touchstones, and very few have become as truly moving and unforgettable as this. Hopefully more people will learn that this is truly one of Lee’s best pictures, led by easily one of his best double dolly sequences. 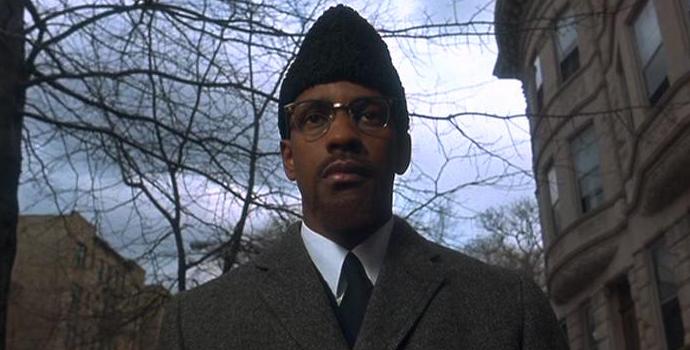 Inarguably the definitive dolly shot in what is likely Lee’s definitive feature, this is truly the most evocative and powerful double dolly shot off the iconic director’s career. With all but certain doom awaiting our lead, Denzel Washington as the titular historical icon, the shot itself is a brooding and imposing visual for a film that is as unforgettable as any Lee has ever made. Spearheaded by an all-time great turn from  Washington, this is a film that stands near the very top of Lee’s filmography, and this double dolly shot is as haunting and breathtaking a moment as Lee would ever craft. Perfectly scored, framed, and itself wonderfully acted by Washington, the film carries with it not only a great sense of aesthetic, but a relevance to the emotional core of the picture. Truly one of cinema’s greatest sequences.