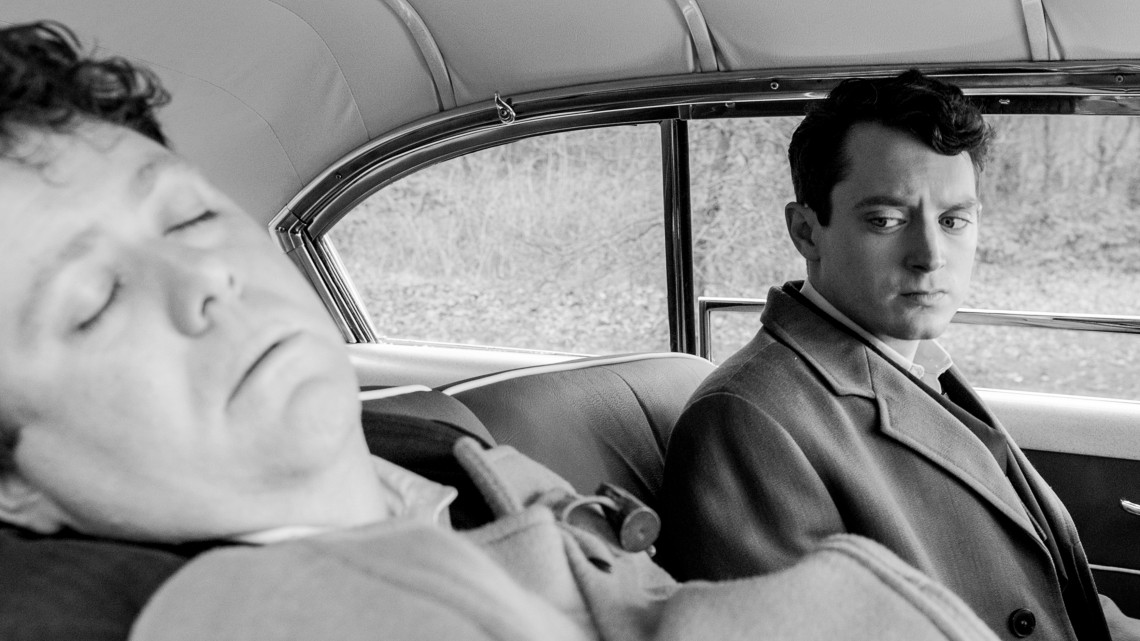 “Set Fire to the Stars”

Like all projects based around the lives of actual human beings, the Dylan Thomas biopic Set Fire the Stars has to contend with the problem of dramatizing reality. “This happened,” the biopic tells us, but savvy viewers know that even the best biopics tend to dress up the truth. It’s refreshing, then, to see a biopic like Set Fire to the Stars, which relies on sensation and mood to studiously avoid the temptations of glamour. The film comes courtesy of Andy Goddard, a Welsh-born filmmaker with a flair for the unsettling. Set Fire to the Stars is an ostensible dramatization of the time Thomas spent in America on a reading tour arranged by poet and literary critic John M. Brinnin; by the end, though, it approaches the borders of nightmarish surrealism.

For a movie that purports to be biographical, it places nearly as much emphasis on atmosphere as biography. Toward the second and third acts, Goddard constructs a handful of scenes that wouldn’t feel out of place in a horror film. There’s a grim edge to the material overall—stories about self-destructive alcoholics rarely make for light viewing—but Goddard gives physical shape to Thomas’s deepest fears through hallucination. It’s enough to throw the biopic formula off-kilter.

It helps, too, that Thomas (played here by Celyn Jones) is established as a handful from the start. Another movie might have initially treated him as an untouchable figure before exposing his imperfections; instead, Goddard shows us what a rascally troublemaker he could be straight away. The only “awe” is exhibited by Elijah Wood, presenting Brinnin as an eager fanboy anxious to meet his idol. Wood’s excitement dissipates less than 10 minutes into Set Fire to the Stars once Jones makes his entrance. As Jones depicts him, Thomas is a raucous, uncontrollable jowl storm, a man who acts on his whims and wreaks havoc wherever he goes.

It’s a terrifically rounded portrait that captures both Thomas’s depressive neuroses and his zest for life. Primarily, though, Goddard focuses on the impact the unbound Thomas has on the far-more-buttoned-up Brinnin, who is treated mostly as a horrified bystander to Thomas’s increasingly wild antics. Brinnin is a slave to his post and to binding social conventions, while Thomas is the male id unchained. They would make for quite the odd couple if Set Fire to the Stars bothered posing them in that kind of light.

The film is drained of color, an effect that further divorces its content from the stultifying confines of the prestige picture. It’s a nice touch, though perhaps unnecessary; Thomas is already portrayed as such a whirlwind of vomit and impropriety that no one would think him sophisticated in the first place. Chiefly, Set Fire to the Stars is concerned with the dichotomy between Thomas the person and Thomas the poet, a man who can puke into a bucket backstage at a reading before stepping in front of his waiting admirers and dazzling them with his craft. (We are treated to captivating recitations of works like “In My Craft or Sullen Art,” “Fern Hill,” and “Love in the Asylum,” from which the film takes its title, to name a few.) Try as he might, Brinnin can’t reconcile the Thomas he knows against the Thomas he idolized. Set Fire to the Stars is at its most intriguing when drawing that comparison. Otherwise, the film doesn’t offer a perspective much more revelatory than “Thomas was a divine poet and a real pain in the ass.” As one of the film’s ancillary characters reminds us, you don’t make friends with that.