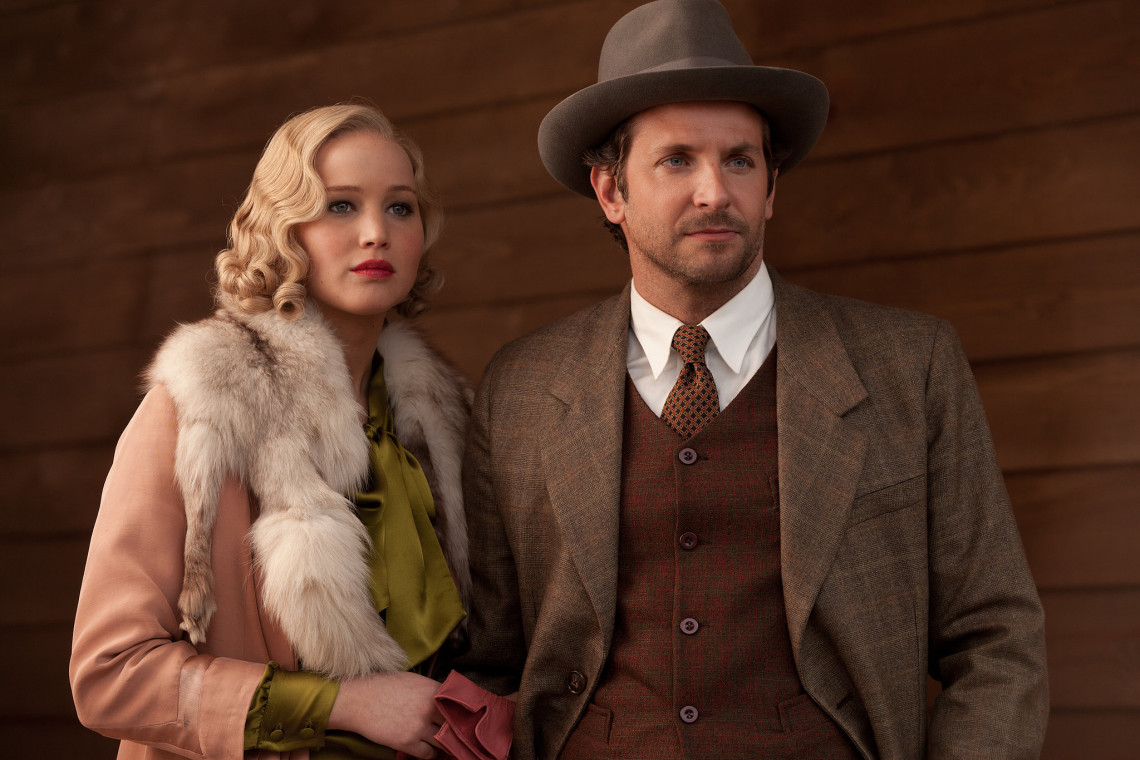 Bradley Cooper and Jennifer Lawrence may be responsible for most of the money earned at the North American box office in 2014, but I bet you didn’t know they’re starring in a new movie this weekend.  Well, sorta new. Shot shortly after Silver Linings Playbook and struggling through various edits and delays over the ensuing years, Serena is at long last quietly being farted into a handful of theatres and to VOD, where the film will presumably fulfill its destiny as a future pub trivia question about two superstar careers.

Despite all the whispers and rumors, Serena isn’t an embarrassment, because God forbid that would have at least made it interesting. This is just one of those drearily ambitious pictures where nothing quite works. Set in the Smoky Mountains during the Great Depression, the film stars Cooper as George Pemberton, a logging tycoon of indeterminate accent (it changes from scene to scene) who finds his grand expansion plans butting up against a conservationist sheriff (Toby Jones) pushing for a National Park. Pemberton sees himself as a job-provider, wrapping his greed in the flag of the working man, but the sheriff is only exaggerating slightly when he points out that these hazardous timber camps “have killed more men than the war between the states.” It looks like the stage is set for a historical morality play regarding early capitalism and its discontents – call it There Will Be Wood.

But then Lawrence’s Serena literally rides into the film on a white stallion in slow-motion. Pemberton proposes marriage the moment he meets her, a large portion of their ensuing courtship conveyed in awkward cuts that reek of post-production dithering. The only survivor of a Colorado timber dynasty that perished in a mysterious fire, Serena is a brassy, thoroughly modern woman who marches onto her husband’s job sites telling everybody how things are going to be – not the kind of talk this old boy’s club likes to hear from a lady. She even trains an eagle to kill rattlesnakes. (Seriously.)

As the preposterous plot contrivances pile up, she becomes a Lady MacBeth of the Smokies and we can see faint glimmers of the lurid melodrama Serena so desperately wants to be. The problem is that director Susanne Bier never veers from a tone of mournful humorlessness, sticking firmly to prestige-picture blandness when the material clearly calls for something much soapier and wilder. Lawrence is certainly down for it, selling the hell out of bizarro-world dialogue — like when she announces her pregnancy by saying “Your baby is inside me.”

Cooper is just adrift, exhibiting none of the canny underplaying that made his American Sniper performance such a career-transforming revelation. His Pemberton is all twitchy surface energy, feeling vaguely out-of-period while demonstrating shockingly little chemistry with Lawrence. The film is full of jarringly-edited sex scenes devoid of heat, and if we didn’t have other movies to go on, it would be easy to assume that these two performers don’t like each other very much.

Stilted and strange, Serena probably looked great on paper. It also probably should have stayed there.