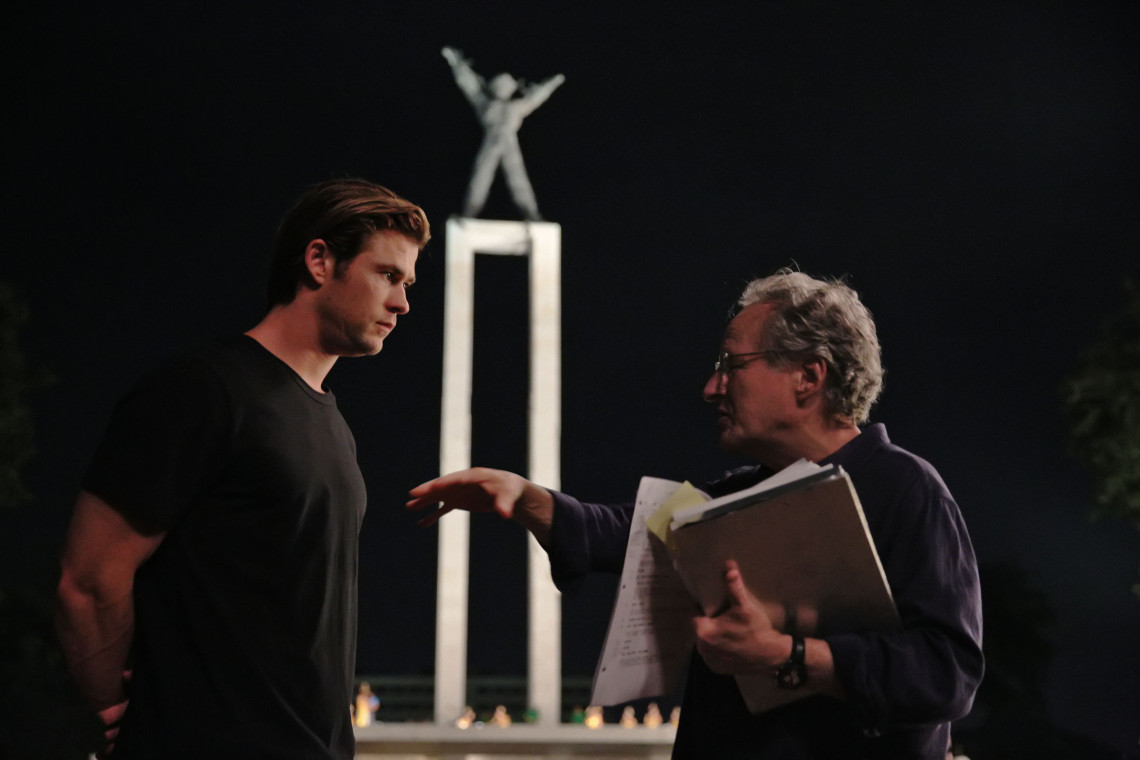 Michael Mann is largely known for directing crime thrillers, but a closer look at his body of work reveals a much wider range. Beginning with Thief in 1981, his output has included period pieces, biopics, and even a horror fantasy alongside epic stories of cops and robbers. He has also had success on television producing memorable series like Crime Story, Luck, and Miami Vice, all of which operate in a similar way as many of his feature films: occupying familiar genres but expanding their average narratives. What binds these disparate works together is his inventive style, which he deploys to transform standard formulas into something original. This has extended into his use of digital photography, of which he was an early adopter and has brilliantly manipulated for his own distinctive ends. With Mann returning to the screen this weekend after a six-year absence with Blackhat, it’s worth taking stock of his career to date. Ranking his 10 movies, however, is a challenge since, with one notable exception, it’s possible to make the case for any of Mann’s films as his peak.

This horror fantasy is a head-scratching entry from such a generally consistent director. The Keep was only Mann’s second film and underwent major studio cuts, but even based on its butchered theatrical version, it’s difficult to believe there is a hidden gem buried in this mess. The ominous beginning is promising, conveying a real sense of foreboding as we approach the keep; a point-of-view shot from a Nazi jeep, especially, makes a ride through a nearby village feel like an eerie march to death. Another benefit is its impressive cast: Ian McKellen, a young Gabriel Byrne, Scott Glenn, and Jürgen Prochnow in his first role after Das Boot (1981). But its mix of monsters, Nazis and hokey religious imagery become too unwieldy: Scenes don’t flow together with any logic, and characters start acting in ways that make no sense. Worse, a goofy yet persistent synthesizer-laden Tangerine Dream score makes it hard to take the supposedly creepy intrigue seriously. Nevertheless, The Keep offers enough insanity to make it worth a look, especially in a midnight-movie context.

It says a lot about Mann’s success to have such a solid choice this far down the list. Despite being overshadowed by Jonathan Demme’s more-renowned Hannibal Lecter film, The Silence of the Lambs (1991) as well as the ongoing TV series Hannibal, Manhunter remains an effective thriller. As crime profiler Will Graham, William Petersen offers an early glimpse at the kind of intensity that would serve him well on television years later as Gil Grissom on CSI. His pursuit of the serial killer known as “The Tooth Fairy” remains as harrowing as ever, despite the ’80s soundtrack and setting. Few directors are better at building tension for an action sequence: The set-up for Graham’s failed attempt to catch the killer—beginning with only booming footsteps as he leads the cops—would later be recalled in the way Robert De Niro rides an escalator in the lead-up to the first heist in Heat. Adapted from Thomas Harris’s Red Dragon (which would be adapted again by Brett Ratner in 2002), Manhunter may not transcend its genre, but it still deserves to be better known than it is. 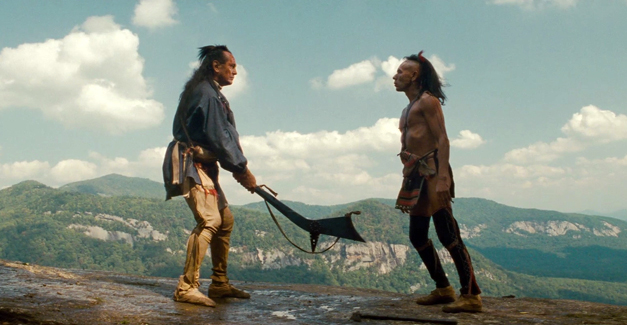 Daniel Day-Lewis’s impassioned performance as Hawkeye lifts this adaptation of James Fenimore Cooper’s Colonial-era novel beyond its basic elements. Many viewers no doubt more immediately remember his “I will find you!” speech to Madeline Stowe’s Cora, but the love story is just one aspect of this film: The connection between Hawkeye and Chingachgook (Russell Means) is equally important, especially with the latter representing a dying Native American culture. The Last of the Mohicans may not feel like a prototypical Mann film, but with cinematography this gorgeous (courtesy of regular Mann collaborator Dante Spinotti), action this thrilling, and emotions this tactile, that’s perfectly okay. 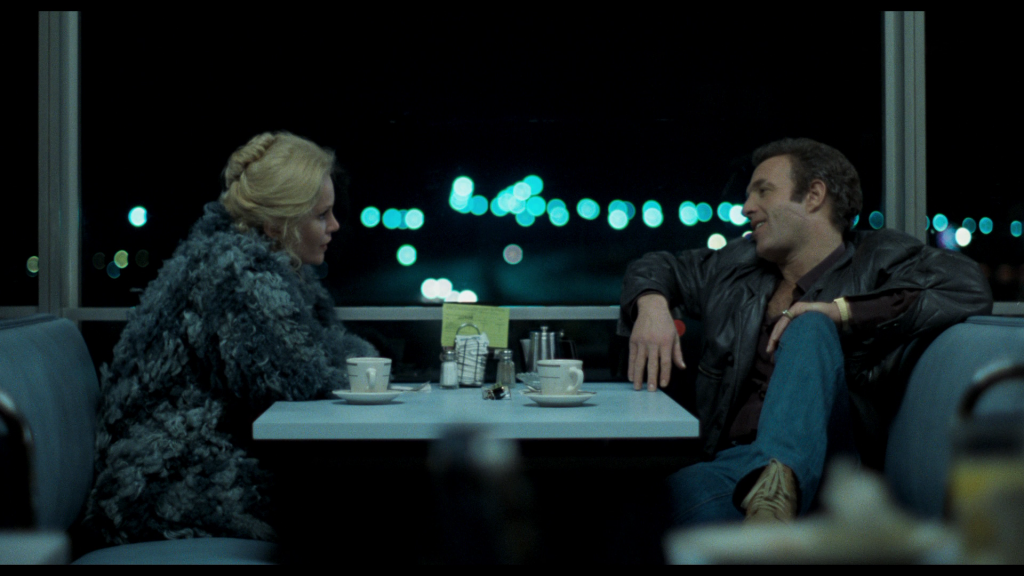 Given his creative success on TV (most notably with the 1979 TV movie The Jericho Mile) prior to breaking into features with this film, it shouldn’t be too surprising that Mann’s directorial debut is as engaging as it is. James Caan brings real emotional weight to the story of Frank, a thief preparing to do one last job. Predictably, his dreams to escape the world of crime don’t go as planned. Right off the bat, Mann’s visual style and thematic concerns were already evident, with its opening credits revealing a rain-soaked city as the camera closes in on Frank pulling off a big score. Thief has plenty of nighttime shots that would become a signature of Mann’s later films. Plus, its focus on tough guys struggling to maintain a personal life—exemplified here by Frank’s potential relationship with Tuesday Weld’s Jessie—would eventually be blown up to epic scale in Heat. This promising debut still holds up well, even with that dated Tangerine Dream score. 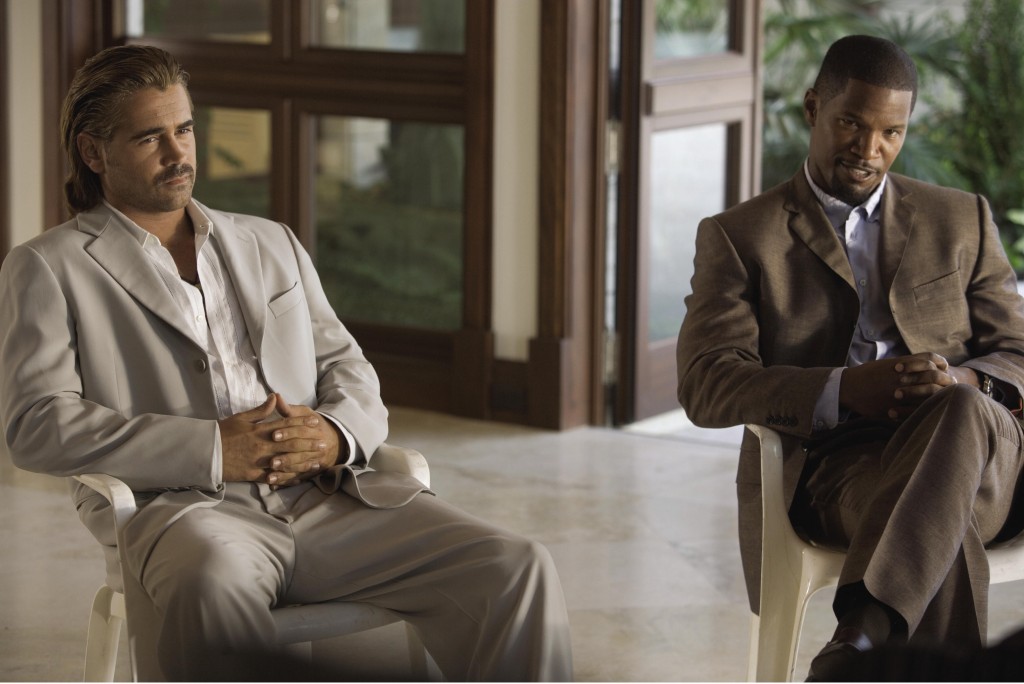 Despite Mann’s involvement, one couldn’t help but think of the idea of reviving his hit TV series Miami Vice for the big screen as little more than a desperate cash grab: How could Mann bring that glitzy ’80s show into the modern world? But it’s clear right from the start that the film’s connections to the series are pretty thin. The basic components are the same—the main characters are still Miami-based undercover cops Crockett (Colin Farrell) and Tubbs (Jamie Foxx)—but the tone is strikingly different: the stakes higher, the feeling that Crockett and Tubbs have precious little control over their own fates more vivid. Mann’s digital photography is the key here: Its grainy, handheld style imparts a grit that conveys an appropriate sense of murkiness to the dangerous world of the Colombian drug trade. Mann would go even further with this relatively rough-and-tumble approach to shooting in digital with his next film.