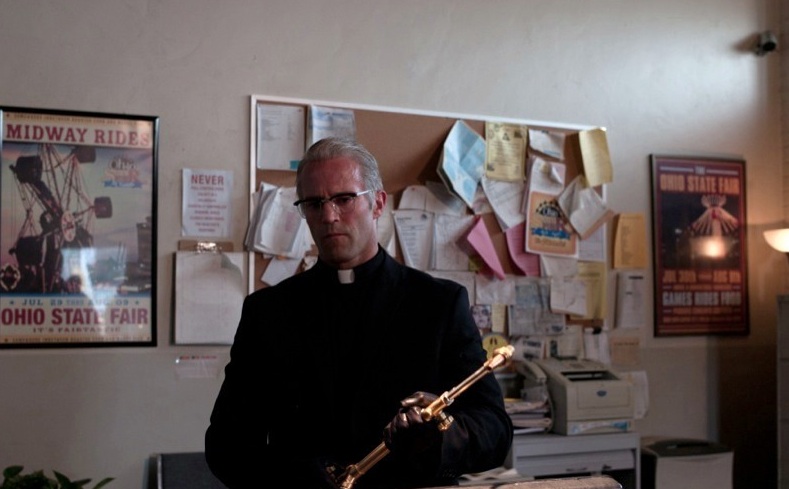 Parker: When A Movie Seems To Simply… Exist

There’s nothing especially bad about Parker, 2013’s first entry into the Jason Statham filmography. There’s nothing especially good either. I was never bored, yet I was never enthralled. We get a few entertaining if implausible heists, a few violent and frenetic fight sequences, a few delightful character actors grabbing a paycheck, and cinematography that seems designed to make you marvel in the knockout beauty of Jennifer Lopez. These elements are all well and good, and they will certainly keep your malcontent urges at bay. However, as a die-hard fan of the action genre, I left the theater totally emotionless. Where are my non-stop thrills? Where is my chemistry? Where are my self-aware one-liners? Where is my badass hero who sticks to his own code? You can tell that these things all exist within the script… but sadly, what’s left on the screen is nothing more or less than fine. It’s a cheese pizza when you wanted pepperoni. You’ll eat it, and it will get the job done… but you’re not going to feel satisfied.

Parker (Statham) has a code. When you enter an agreement with him, you hold up your end, or bad things happen. At the beginning, his partners on a heist, including Michael Chiklis, Wendell Pierce, and the indispensable Clifton Collins Jr., don’t hold up their end of the agreement. They leave him for dead by the side of the road… but they don’t finish the job. Uh-oh. Parker’s father-in-law is played by Nick Nolte, whose voice now makes Tom Waits sound crystal clear in comparison; you can tell during the film that they had to re-dub his dialogue in again later. He warns Parker that these guys are connected to the Chicago mob. Parker, unsurprisingly, is more worried about his code than things like his friends, family, or personal well-being. He finds out the guys’ next planned heist and uses an astonishingly beautiful real estate agent (Lopez) to get acquainted with the territory and plot his revenge.

The plot is quite familiar, but it’s familiar because it works. Unfortunately, Statham’s sense of humor, which has served him so beautifully in the Crank films and much of The Transporter franchise, is strangely absent here. I say its absence is strange because the humor is present in the script. There are humorous situations and a healthy dose of one-liners. Whether they selected bad takes in the editing room or Statham simply phoned it in is up for debate. He can chew a self-aware one-liner better than most his age, but his hero on the whole feels flat. At least some of the blame falls upon Hackford’s shoulders, as they don’t take advantage of their leading man’s action hero status. In one sequence, Statham wears a big ten-gallon hat and talks in a bad Texas accent. He sports it for a couple of minutes, without much dialogue or hoopla, and the film trudges forward. Do you believe if Arnold was playing the role of Parker that they wouldn’t have had more fun with this scenario? If Stallone? If Willis? Shit, if Dwayne “The Rock” Johnson?

Any R-rated action thriller like this should bathe in indulgence– MORE bullets! MORE bodies! MORE entertainment! At this point, even if Statham’s hotel room brawl with an assassin is appropriately brutal with one niftily violent twist, it’s still a hotel room brawl we’ve seen a hundred times. Those are totally acceptable to include in your film as, say, an interlude to keep the octane levels high. In Parker, it’s possibly the high point. The pacing never gets so slow that it feels slow, but the movie notably takes its time. The movie isn’t totally without development of character, but it feels thin enough to be lacking. The chemistry between Statham and Lopez is utterly absent, yet there’s notable chemistry between Lopez and Hackford’s camera as he lovingly lights, costumes, and frames her in every sequence. We always get some. We never get more. It’s neither full of life nor devoid of it. It will be forever described to your friends as “okay,” and randomly in the future you’ll come upon it late one night on Starz, watch twenty minutes or so, then change the channel. It simply exists.